Looking back, student developer Sean Chan can imagine an alternate timeline in which the game Chrono Disfunglement would never have been made.

“If I had known how hard it was I probably wouldn’t have started,” Chan jokes. “Luckily I didn’t know.”

Initially created by a team of five students from DigiPen Institute of Technology Singapore who went by the name Wakka5, Chrono Disfunglement is a 3D puzzle platformer about a woman trapped in a strange and psychedelic dimension, one filled with purple alien architecture and crystalline objects floating like clouds overhead.

To advance through each level, players employ two special abilities. The first is the power to rewind time, useful for correcting mistakes, such as mistimed jumps and falls. The second is the ability to target a single object in the environment and rewind its spatial movement, independent of the global time flow.

Up to this point, the team was comprised of students from only two degree programs, including Chan, Lim Ee Siang, and Liu Zhi Yang from the RTIS program, as well as Tay and Sim Min Soon from the BSGD program.

The new members on the team have been really awesome.”

All of the game’s textures and geometric art components had been created by the team members in 3ds Max, but without the true hand of an artist. The team advertised on campus and quickly recruited the help of BFA student Steven Hernandez, who joined as lead artist. From there, they picked up three additional American students — M.J. Quigley as lead composer, Ariel Gitomer as environment artist, and Jonathan Everist as lead sound designer — and the Wakka5 team became Wakka9.

“The new members on the team have been really awesome,” Tay says. “I mean, we’re here. We might as well make some new friends at the same time.”

On the art side, the new team members improved upon the game’s spacey visual style, redoing almost all the assets. To help with those changes, the core programming team built better art pipeline tools and revamped the game’s lighting engine.

You know she’s in a coma, but you’ve got to figure out why she’s not waking up and why she’s there.”

For the soundtrack, Quigley composed new music tracks to better suit the game’s dreamlike mood, also making sure the tracks would not sound overly harsh or grating when played in reverse.

“I wanted to … avoid trying to use instruments from real life, if possible, and kind of rely on synthesizers that emulate those sounds,” Quigley says. “A common instrument I’ve used through a lot of them is this electric piano sound.”

In addition to the new audio and visual content, the Wakka9 team also began to infuse the game with a narrative arc. Quigley and Gitomer collaborated on a story script, and the levels were expanded to incorporate optional audio dialogue events called shattered memories, which take the appearance of bursting crystals. As the player character passes by, the objects let out garbled noises that can be rewound to play forward as human speech. The first sound clip takes place in a hospital, with a nurse and doctor briefly discussing a woman in stable condition. Is it the protagonist? Is she unconscious?

“You know she’s in a coma, but you’ve got to figure out why she’s not waking up and why she’s there,” Quigley says. “That’s the mystery and the twist.” 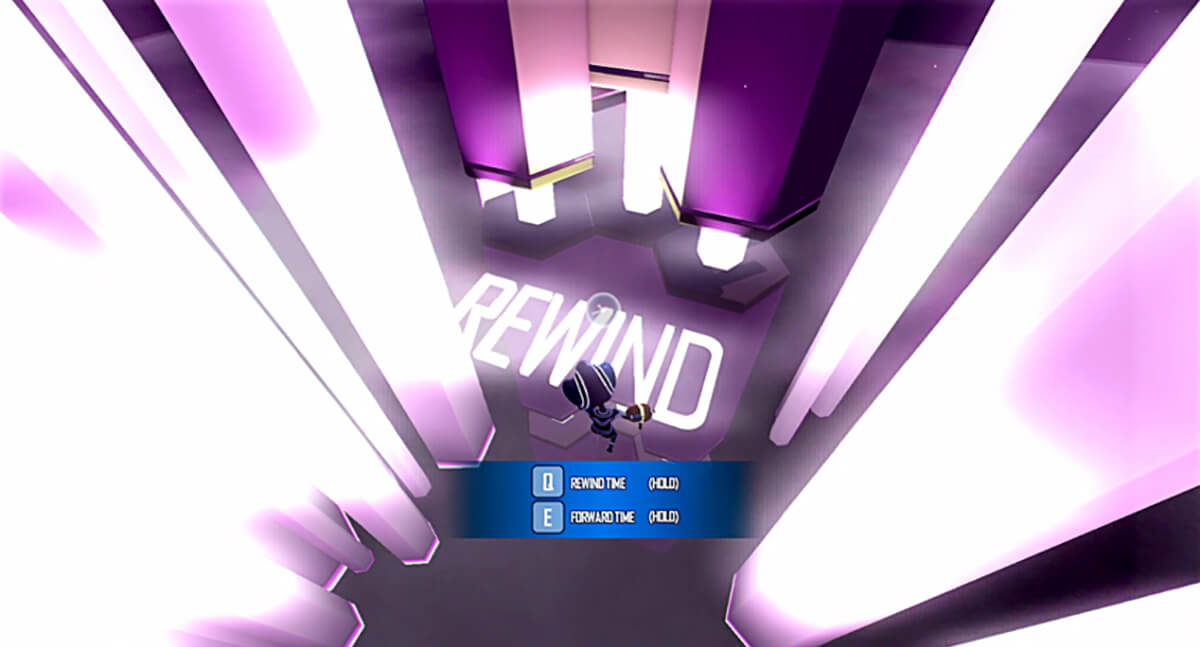 Coming to the Redmond campus provided the team with one other advantage. By playtesting in a new environment with a fresh audience, the design team received not only useful feedback, but an overwhelmingly positive reception. At the end of the spring semester, the Redmond campus students voted Chrono Disfunglement as the best DigiPen student game of the 2012-13 academic year.

“At this current point people come away really impressed with the game,” Tay says. “Most of them come out saying it’s a game quite unlike anything they’ve played before.”

Wakka9 team members say they plan to continue working on and polishing the game over the course of their next and final semester. In the meantime, you can download the most current version of their game from the DigiPen (Singapore) Showcase.