Encompassing both 2D and 3D techniques, theories, and production processes, courses in the Department of Digital Arts instill students with the skills they’ll need in the rapidly evolving field of games, animation, and other visual media. Department faculty come to the classroom with extensive backgrounds in illustration, graphic design, technical art, as well as 2D and 3D animation in games and film for companies like Nintendo, Microsoft, Pixar, and Disney.

Alain Schneuwly graduated from the Geneva Business School in Geneva, Switzerland. He then took two years of computer programming, after which he decided to immigrate to Vancouver, Canada. In 1996, he attended and graduated from Vancouver Film School, which at the time offered 3D Animation and Modeling training through DigiPen. He then joined the production team at DigiNin in Canada as a 3D animator making video game demos for Nintendo. He moved to Nintendo full time in 1998.

In 2007, Schneuwly rejoined the production team at DigiPen Corporation as Senior Technical Artist and worked on projects for Boeing, Renault F1, and the iPhone. Schneuwly typically co-teaches the cinematic production and career preparation project courses. 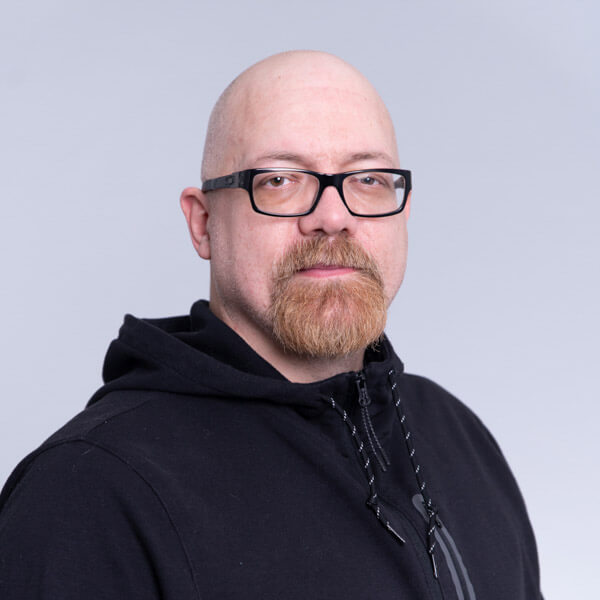 Randy Briley believes in a world where outstanding art, originality, and a creative spark can be combined to tell stories that touch our hearts and inspire our lives.

As an art director for over 20 years in the game industry, he’s been honored to direct over sixty successful games across all platforms and partner with Disney, Pixar, DreamWorks, Warner Bros., New Line, EA, Microsoft, and others to entertain millions of happy gamers around the world.

When he’s not teaching, you can find him in his studio hunched over a glowing screen or covered in muck trying to find the proper mix of clay, paint, words, pixels, and magic to conjure into life a new universe filled with heroes, monsters, and misfits. 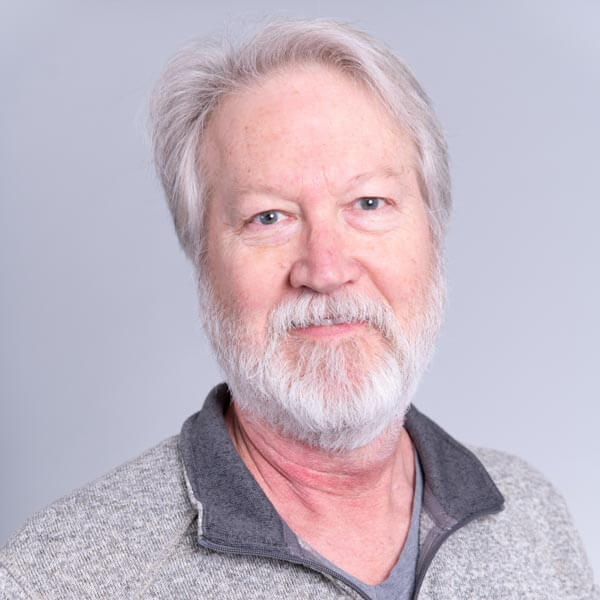 Mark Nelson earned his Bachelor of Fine Arts degree from The Art Institute of Chicago before moving to the Pacific Northwest to earn his Master of Fine Arts degree from The University of Washington. He has been active in the art world for the last 30 years, exhibiting his paintings, drawings, and constructions in several Pacific Northwest galleries.

Nelson has become interested in the combination of technology and artwork. After studying 3D modeling and animation, he joined the Microsoft Game Studio and was part of the team developing one of the first titles for the original Xbox, Crimson Skies: High Road to Revenge. He then signed on with Zipper Interactive — which soon became part of the Sony Games Studios — working on titles in the SOCOM franchise, followed by Unit 13.

In 2013, Nelson joined DigiPen as an adjunct professor, becoming an assistant professor with the school in 2017. “My students generally come to class with very limited knowledge regarding 3D modeling,” he says. “What I do is teach them the complete workflow, from zero to game-ready art.”

Christopher Poplin is devoted to visual storytelling and art. He has worked for 20 years in the animation industry for studios such as Walt Disney Feature Animation, Dreamworks Animation, Sony Pictures Animation, and others. His primary role on 23 film titles has been as a layout artist focused on cinematography. He has also served as an environment modeler, an effects artist, and technical director.

At DigiPen, Poplin enjoys helping students learn the practice of production, modeling, and storytelling. When he’s not teaching, you will find him spending time with family, sketching, painting, wood carving, or learning other new ways to create art. 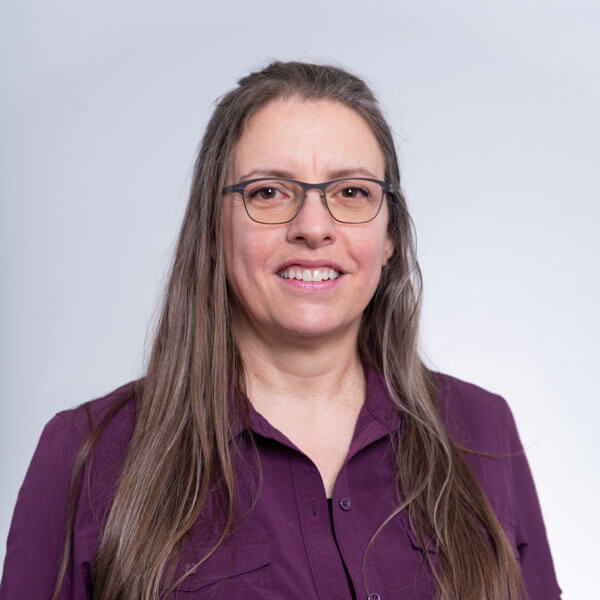 Brigitte Samson is a computer graphics artist with more than 20 years of experience in video game and TV/film productions. She has six published game credits, including the 2014 game of the year Middle-earth: Shadow of Mordor. She has taught for DigiPen’s Department of Digital Arts since 2012.

Born and raised in Québec, Canada, Samson is fluent in French and English. She earned a Bachelor of Arts degree in Visual Arts with Honors from the University of Québec in Montréal.

Samson has freelanced as a computer artist and animator for clients such as Microsoft, Disney Imagineering, NBC, AT&T, Coca-Cola, Nabisco, and General Motors. Along with her game and computer graphics credits, Samson’s background in art, music, and dancing helps her support students producing and creating content for their games.

Her awards for games and TV ads include “Best of the Bunch, Top 10” from Animation World Magazine’s Gaming Report, an “ADDIE” award for Best Commercial from the American Institute of Graphics Association, and an International Milia d’Or (Golden) Edutainment Award for 3D MovieMaker. 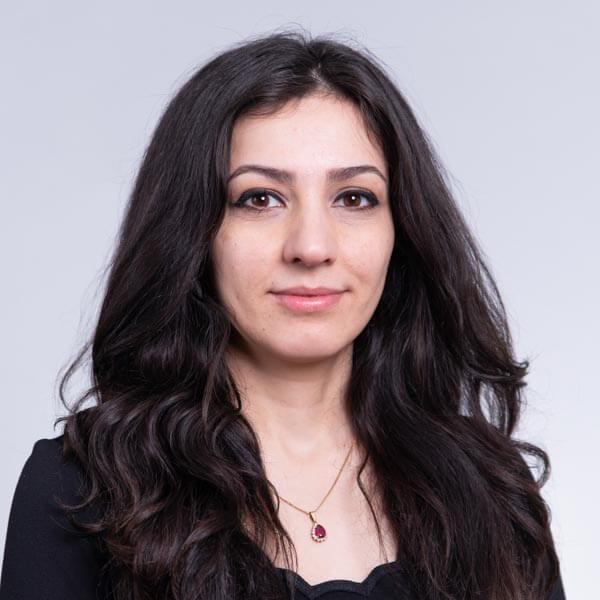 Zahra Haghiri graduated from DigiPen in 2013 with a Bachelor of Fine Arts in Digital Art and Animation. After graduating, she worked in DigiPen’s Research and Development Department, where she created 3D and 2D assets, illustrations, and other artwork for various DigiPen clients such as Renault F1 and Andretti Autosport. Additionally, she produced assets for DigiPen’s Zero Engine asset store and managed the assets for the educational game SandBlocks.

As Lead Environment Artist at Disastercake, Haghiri created the concept art and a majority of the environment 3D art and character designs for the upcoming JRPG title Soul Saga. She has also produced many other commissioned works, such as the logo for Mulan Shaobing and assets and art for Z Games Studio’s mobile titles Pandemic and Pandemic Evolved. She has contracted work with AR/VR development studio 8th Shore to produce environment art, illustrations, and texturing work for their games Invoker, Santa Sling, and Nightmare Grotto, respectively.

Haghiri has always loved painting and drawing, but has also explored different fields prior to attending DigiPen. After receiving her Associate in Accounting in Tehran, she also completed an AA in Digital Gaming and an AA in Animation and Graphics from Bellevue College. While there, she interned at the production studio Digital Double – whose clients included Disney and Warner Brothers – which gave her the opportunity to experience the studio’s motion capture facilities.

Haghiri’s company, Zazari LLC, focuses on designing 2D and 3D environments, characters, and illustrations. As a faculty member, she teaches digital painting and character design to DigiPen’s students and enjoys doing what she loves most: painting, drawing, and sharing what she’s learned.

Michelle Lu earned a Bachelor of Science degree in Horticulture from National Chung Hsing University in Taiwan. She studied in a master’s degree program in Landscape Architecture at Tunghai University before moving to Vancouver, Canada with her family in 1994. When she discovered the pioneering 3D Modeling and Animation certificate program offered as a collaboration between DigiPen and the Vancouver Film School, Lu decided to pursue her childhood dream of being an artist.

After graduating, Lu joined DigiPen’s newly founded video game production team as a 3D animator. In 1998, she moved to Redmond, Washington when the team was acquired by Nintendo, where she was a lead artist and animator working on games such as Mario vs. Donkey Kong, Pokémon Puzzle League, Wave Race: Blue Storm, 1080° Avalanche, Nintendo Puzzle Collection, and the unreleased Wii launch title Project H.A.M.M.E.R.

In 2007, Lu rejoined DigiPen’s Research and Development team as a principal artist where she has continued working on various games, projects, and supporting materials for various courses and online education, while teaching as an affiliated faculty in the Department of Digital Arts.

Floyd Bishop has been working in the animation industry since the late ’90s, following his graduation from Kutztown University with a BFA in Communication Design. He quickly transitioned to animation as a career focus, performing character animation on over 90 shots in the film Ice Age for Blue Sky Studios. Throughout his career, he has worked on films, television series, web series, video games, and virtual and augmented reality projects. His past clients and companies include Lucent Technologies, Nickelodeon, Frederator Studios, Sony Online Entertainment, Unity, Microsoft, and others.

Bishop’s knack for the technical side of production has led him to dive deeper into specializations such as visual effects, pipeline setup, and character rigging. Over the last eight years, he has also taught part-time while still working full-time in the industry. He is currently an Art Lead at Microsoft, focusing on mixed reality applications for the HoloLens.