The Department of Mathematics at DigiPen Institute of Technology teaches a variety of courses covering both theoretical and applied mathematics. DigiPen’s math curriculum is at the core of our programs, providing students with a strong foundation in math and connections to a variety of applications.

Faculty participate in service activities both within the institution and in the wider professional community. They collaborate with faculty in other departments and various institutions, organize and give talks at national and international conferences, and publish papers. 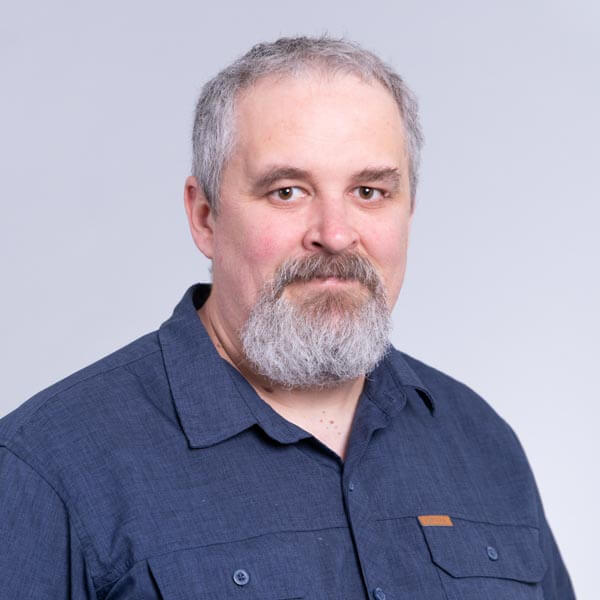 Dr. Barnabas Bede earned his Ph.D. in Mathematics from Babes-Bolyai University of Cluj-Napoca, Romania. His research interests include Fuzzy Sets, Fuzzy Logic and Image Processing. He serves as editorial board member of the journals Fuzzy Sets and Systems and Information Sciences.

At DigiPen he develops class material for Fuzzy Sets and various topics in Mathematical Analysis.

“I am really excited to be teaching at DigiPen, seeing the motivation and the dedication of the students. DigiPen students are curious and capable to understand even the most complicated concepts and proofs from mathematics.” 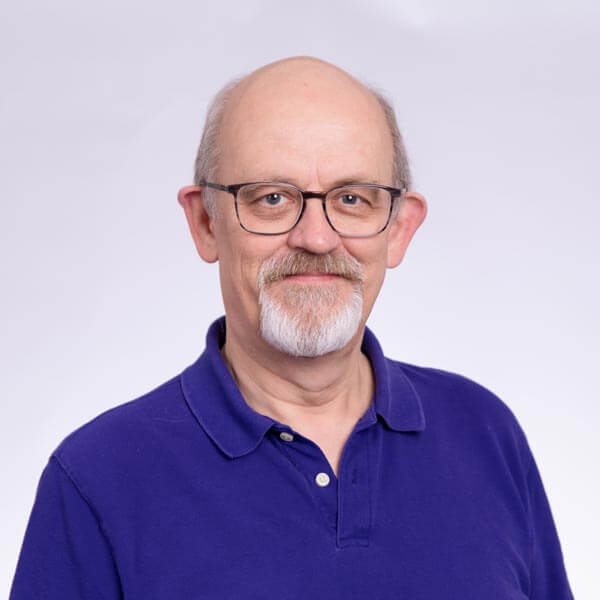 Dr. Ton Boerkoel received his Ph.D. at the University of Texas in Austin in 1994. Although his primary area of interest is number theory, he enjoys working in many other fields such as combinatorics, geometry, abstract algebra, complex analysis, and cryptography.

Dr. Boerkoel has been teaching at DigiPen since 2006, and prior to coming to Washington, he taught at universities in Iowa, Texas and Kansas. He has been teaching mathematics for three decades, mostly in the U.S., and taught the gamut of subjects from remedial math to undergraduate and graduate classes, including trigonometry, calculus I-III, college geometry, linear algebra, abstract algebra, matrix theory, discrete math, number theory, real analysis, complex analysis, combinatorics, and problems solving, as well as online courses.

Dr. Boerkoel has given many presentations and talks on a wide range of mathematical topics, not just in the U.S., but in Holland, Chile, and India as well. He loves teaching at DigiPen and enjoys its student population and their mix of interests in computers, games, and art.

Andy Demetre earned a Bachelor of Science in mathematics from Reed College in Portland, OR, and a Master of Science in mathematics from the University of Washington. His areas of interest in mathematics center on algebra and algebraic number theory. Recently, he has been working on problems concerning quaternion algebras over finite fields. In addition to DigiPen, Demetre currently teaches at Seattle University. He has also taught at Seattle Central Community College, the University of Washington, and at Cornish College of the Arts in Seattle. Demetre also enjoys juggling and doing ballet.

Demetre appreciates teaching at DigiPen. “The students at DigiPen are focused on learning,” he says. ”They seem to have an idea how various abstract concepts can be applied. I rarely have to answer the question ‘What are we learning this for?’” 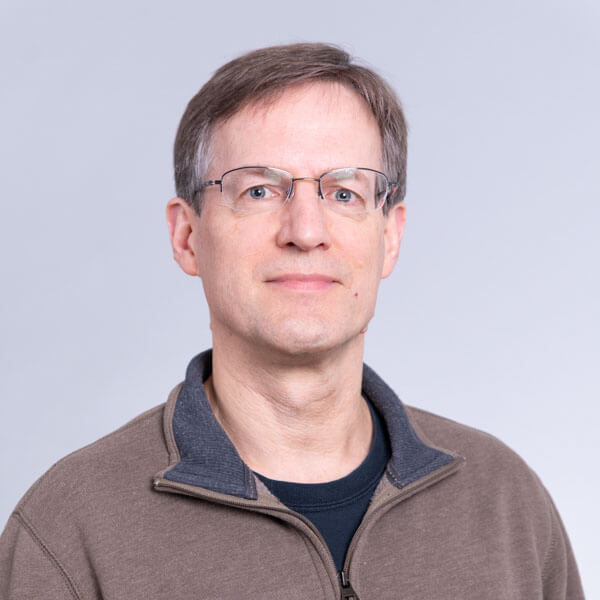 Dr. Matt Klassen earned his Ph.D. in mathematics from the University of Arizona in 1993, specializing in number theory and algebraic geometry. Since joining DigiPen in 1999, his interests moved to mathematics relating to computer graphics and geometric modeling with particular emphasis on splines. He went on to develop special courses on quaternions with application to computer graphics and animation, and spline curves through the perspective of linear algebra. Some of this course work led to a paper: “Generalized Vandermonde Determinants and Splines,” presented at a conference in honor of Peter Borwein, May 2008, at Simon Fraser University.

Klassen also developed an interest in combinatorial game theory and has been teaching a course in the subject which is attended by undergraduate and graduate students in computer science. At least one graduate student chose to do a masters thesis in this area under the supervision of professor Klassen, entitled “Solving the 4x3x3 Three Dimensional Domineering Game.”

In 2011, Dr. Klassen laid the groundwork for two new programs at DigiPen, requested by President Claude Comair: the BA in Music and Sound Design, and the BS in Computer Science in Digital Audio (originally BS in Engineering and Sound Design). He has taught courses in Mathematics of Music (for the BA program), and in Digital Signal Processing (for the BS program). In spring semester 2018, Klassen will teach a special topics course on “Computation and Modeling of Head-Related Transfer Functions,” which will explore methods of spatial sound processing with applications for virtual and augmented reality. This course precedes an international conference in August 2018 called “Audio for Virtual and Augmented Reality,” hosted by DigiPen. The conference is chaired by Klassen, and jointly organized by DigiPen and Dr. Edgar Choueiri at Princeton University 3D3A Lab.

“DigiPen provides a dynamic context for teaching and learning mathematics,” Klassen says. “Students are highly motivated and generally appreciate the power of mathematics, which shows up in their project work in signal processing, graphics and game development.” 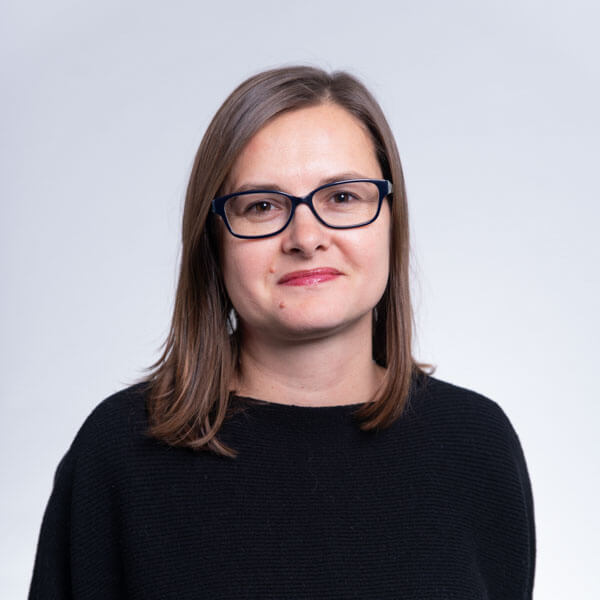 Dr. Brigitta Vermesi received her Ph.D. in Mathematics from Cornell University. Her main research is in probability theory and statistical mechanics, with emphasis on random walk and Brownian motion problems.

Before joining DigiPen, Dr. Vermesi was a NSF Postdoctoral Fellow at the Institute for Pure and Applied Mathematics and a visiting professor at University of Rochester, Rochester NY. She also held teaching positions at Bellevue College and University of Washington, Bothell.

Dr. Vermesi has been teaching at DigiPen since 2011. During her career, she taught a wide variety of courses, from precalculus and calculus to advanced topics in undergraduate and graduate mathematics, including linear algebra, operations research, differential equations, math biology, discrete math, problem solving, graph theory, probability and statistics, and stochastic processes. At DigiPen, she teaches statistics and probability, as well as various discrete math and analysis courses. 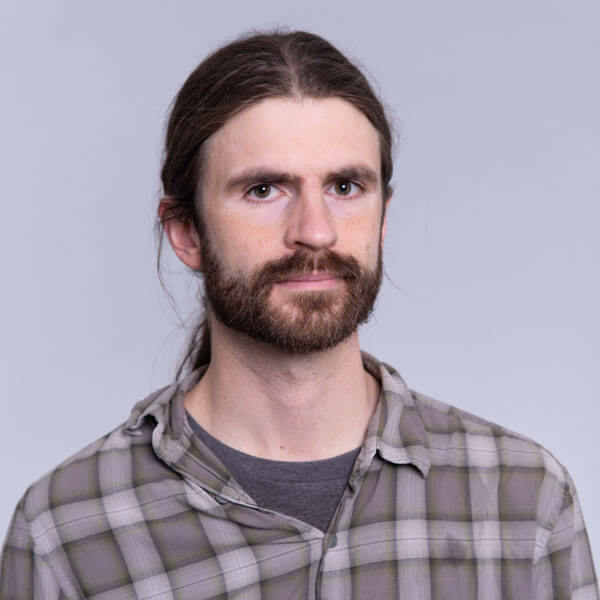 Dr. Young’s published work is in non-commutative algebra. He has crafted online textbooks and written WeBWork code for several of his classes, implementing tools such as interactive graphical illustration and randomized practice resources. In addition to his written work, he contributed the mini-game Chess Invaders to the 2016 game Frog Fractions 2.

Dr. Young enjoys the level of personal interaction between professors and students that is possible at a place like DigiPen. He views his goal in teaching math as handing down an invaluable tool — and source of inspiration — that can last a lifetime. 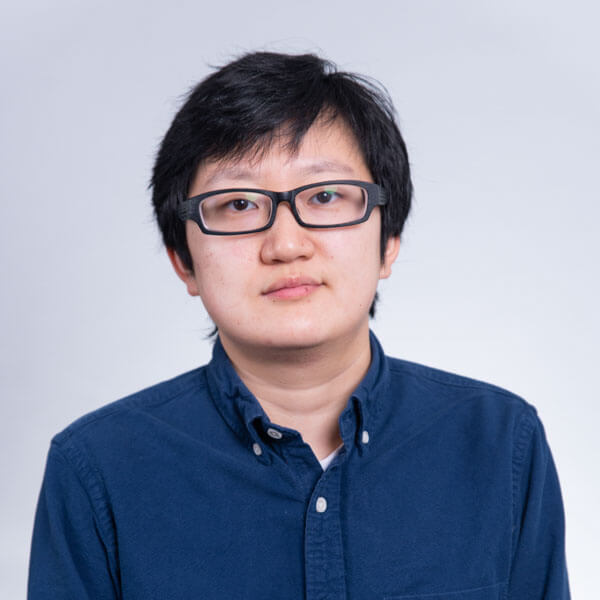 Prior to joining DigiPen in 2019, Dr. Wu taught at Temple University’s campuses in Philadelphia and Tokyo. In addition to her higher education experience, she has also taught online courses and K-12 courses.

With her passion for teaching at DigiPen, Dr. Wu welcomes collaborations and challenges herself to work with all students and colleagues on various interesting math-related projects.