The gaming press has spoken: Halo 4 is a winner. Critics have praised everything from its story and visuals to its newly introduced forms of online play.

As one of more than 10 DigiPen graduates who worked on the game, senior software developer Andy Luedke had a major hand in its success. Since developer 343 Industries began work on Halo 4 in 2009, Luedke’s mission was to improve the game’s engine, particularly in the areas of graphics and performance. “Basically, everything that gets put on the screen — the art, the lighting, the characters — it’s all through the systems that I built,” he says.

The art, the lighting, the characters — it’s all through the systems that I built.”

One of Luedke’s proudest accomplishments was building new technology for capturing high-quality facial motions, a tool which imbued the game’s characters with a whole new emotional depth. For Halo 4, he says, the 343 team put a much stronger emphasis on the hologram character of Cortana, the Master Chief’s A.I. counterpart who goes further and further into “rampancy” — the digital equivalent of insanity — throughout the course of the game.

“We wanted to tell a lot more of a story with Master Chief and Cortana, and in doing so we wanted to make Cortana look better than she has in the past games,” Luedke says. “In this case I think we actually have feeling with the animation and the voice performances that just fits and works.”

It’s amazing what we got out of the system.”

Perhaps one of 343i’s biggest overall accomplishments, however, was getting such a technologically superior Halo title to run smoothly on seven-year-old gaming hardware. Having developed games for the Xbox 360 since before it was commercially available, Luedke says he’s very familiar with the technology. And while most games start out with features that — due to various performance or design decisions — end up on the cutting room floor, Luedke says Halo 4 took advantage of just about everything the hardware had to offer without sacrificing much.

“This was the first time that I feel we actually got the system to be kind of at its limits across all parts of the game,” Luedke says. “It’s amazing what we got out of the system. And I think, consistently, most of the people who see the game, they’re kind of amazed that it’s on the 360.”

In the past, Luedke has been something of a game project “fixer.” For example, about five months before Microsoft’s Forza Motorsport 2 racing simulator was scheduled to ship in 2007, the game was running at an unplayable two frames per second. As a performance expert within Microsoft Game Studios’ shared technology group, Luedke went in to try and rescue the project. He found the developers had been creating the game’s interconnected systems in isolation, with little to no regard for the game’s overall performance.

Through cutting certain features and optimizing others, Luedke managed to help the team bring the game back up to speed.

“There was one person who went and built the mini map system, or one person who built the skid-marks-on-the-track system,” Luedke says. “And then when they finally had to get their first playable prototype together, everybody kind of turned on all the systems at once.”

Fortunately, through cutting certain features and optimizing others, Luedke managed to help the team bring the game back up to speed (in this case, 60 frames per second). And Forza 2 went on to be a commercial and critical success. 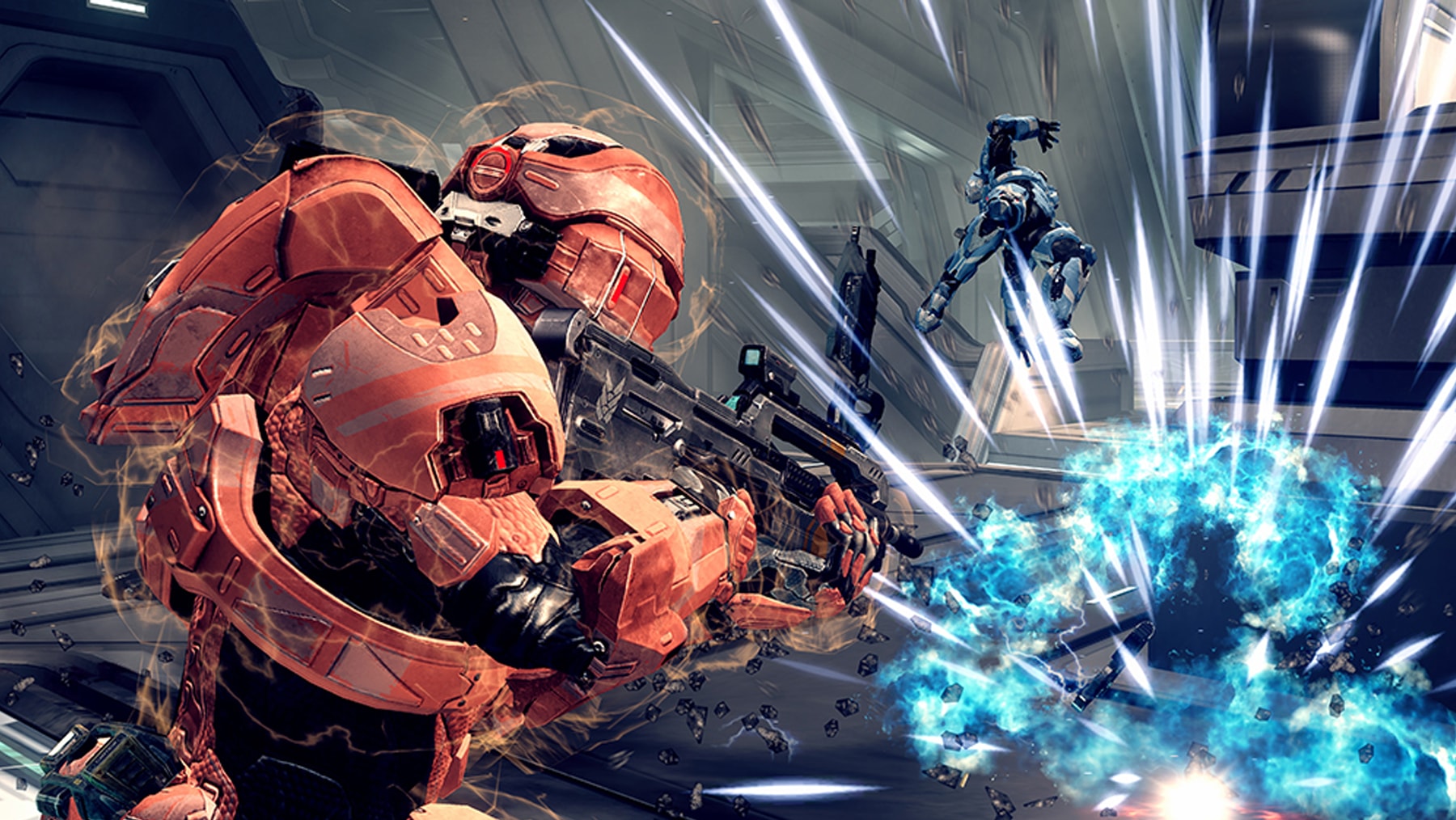 With Halo 4, Luedke says, better overall planning minimized late-stage development problems. By keeping game performance a high priority through all stages of production — and by preemptively saying “no” to overly ambitious or demanding ideas — relatively little content had to be scrapped from the final build.

“Someone wanted this elaborate cloud system for one of the levels, but it was also one of the biggest, widest open areas, and we just had no budget for it,” Luedke says. “So we used tools that we already had to get the same type of thing.”

Perhaps fittingly, Luedke’s career has followed a very similar timeline to that of the Halo franchise. As an RTIS graduate from DigiPen’s Class of 2001, Luedke entered the game industry the same year the original Xbox entered the market.

“The day the first Xbox came out, my boss and I just sat down and played Halo straight through, from the minute FedEx came … straight through the game,” Luedke says. “It was an amazing experience.”

A decade later, Luedke is creating these experiences for millions of other players. It’s an opportunity he doesn’t take for granted.

The rest has been gaming history in the making. 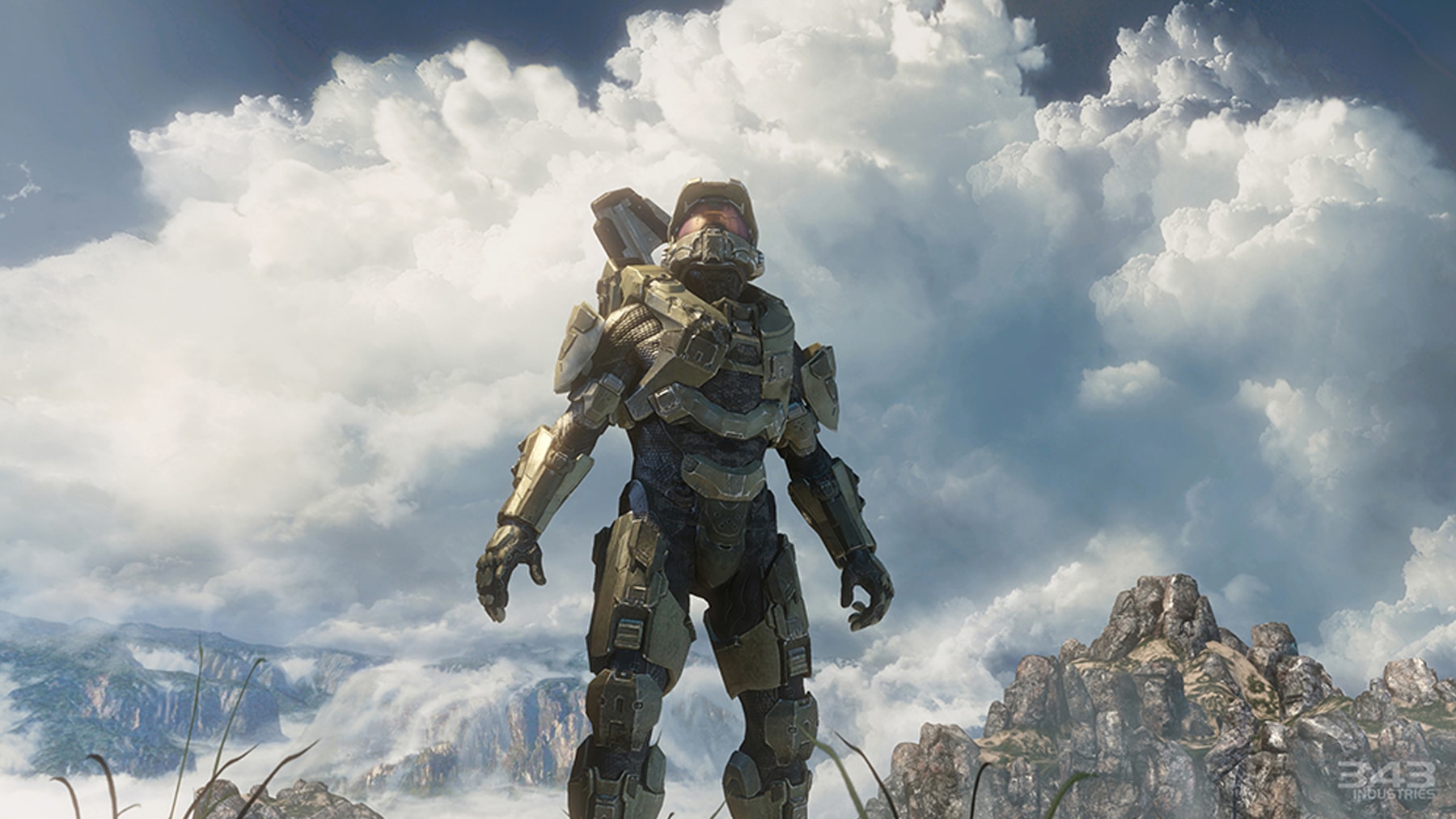 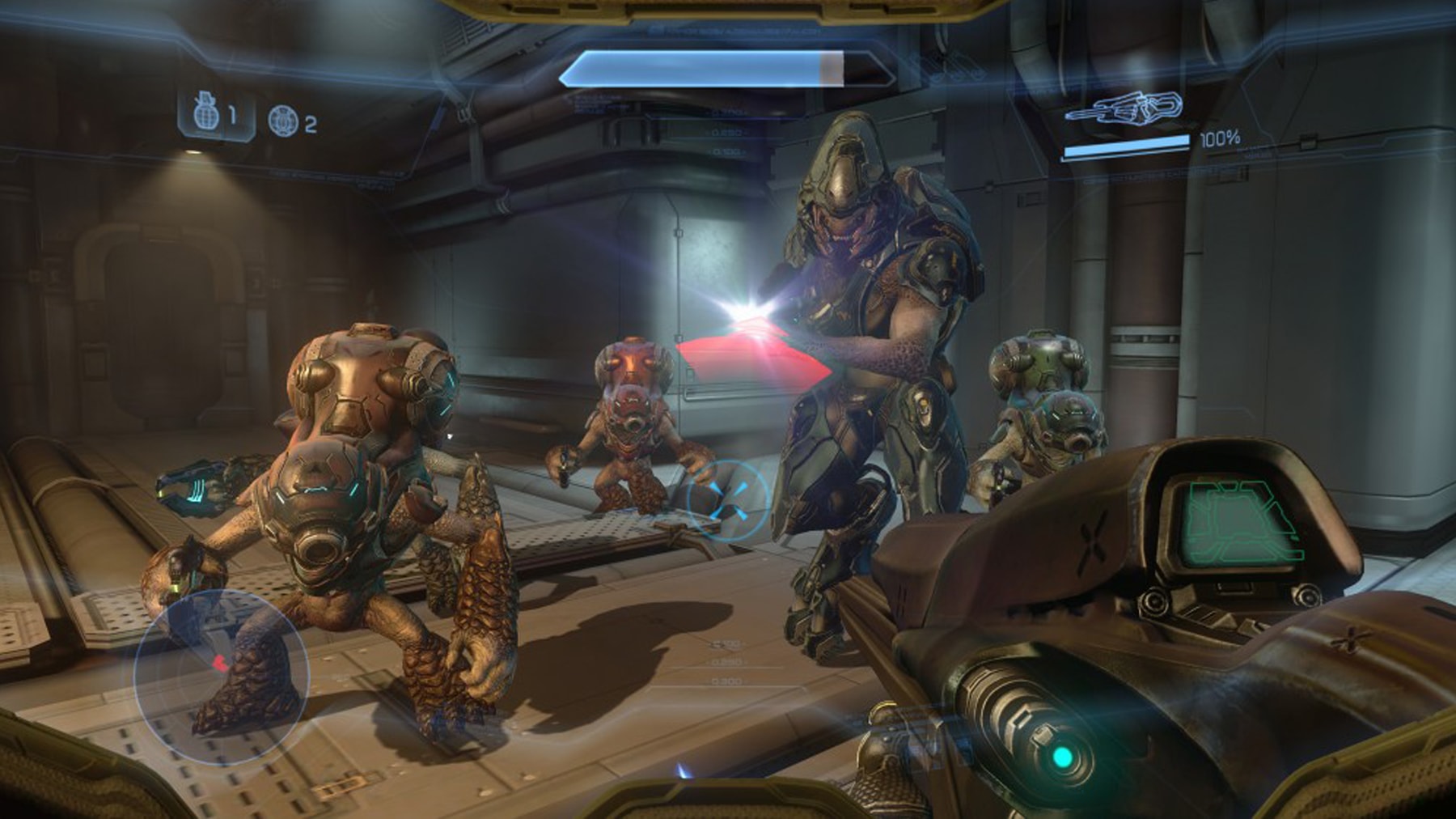 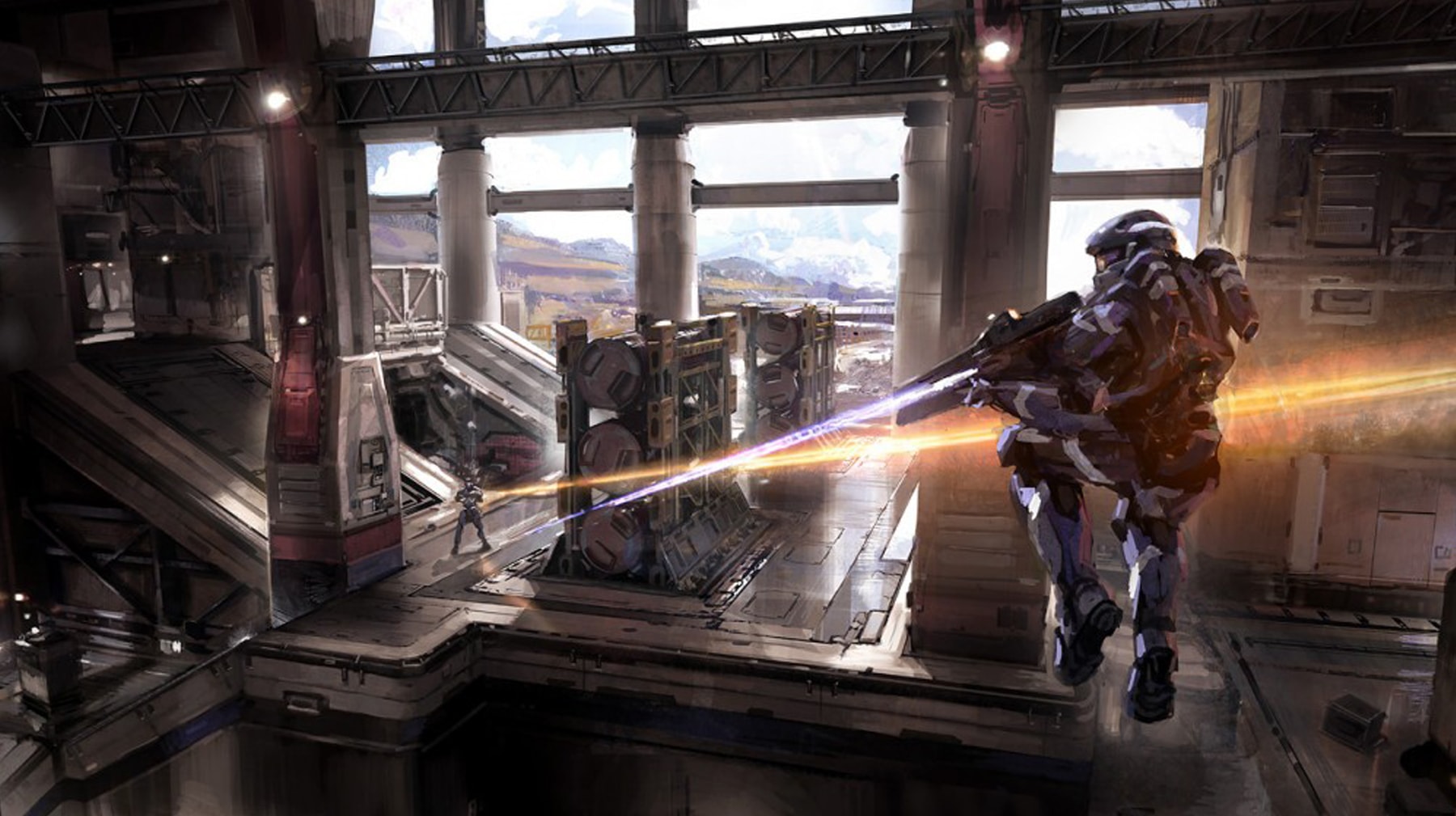 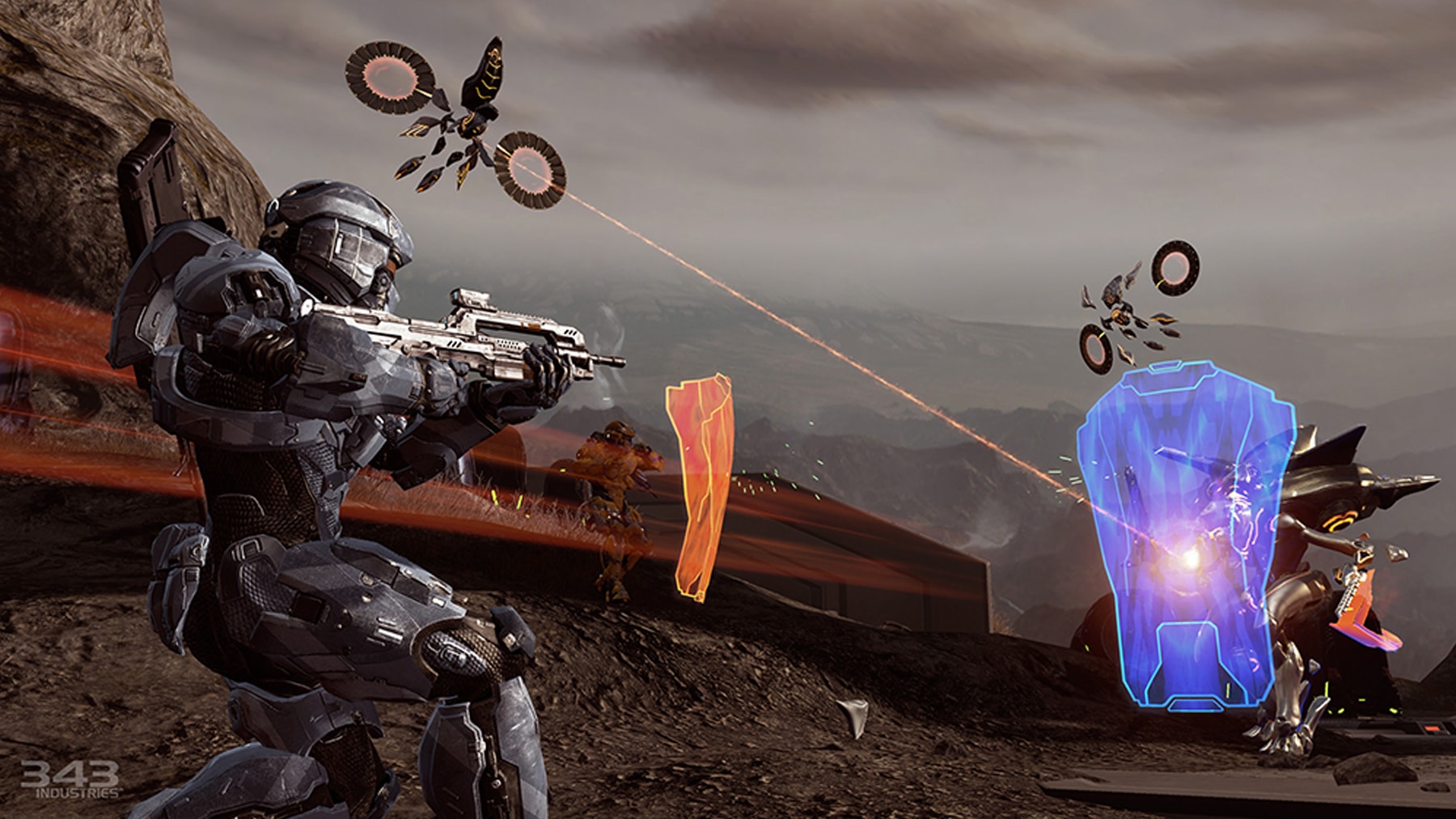