When it comes to making games, Andrew Nack is a one-man studio. He designs. He programs. He makes art. He even composes music and sound. Not only that, he’s quite good at all of it.

With its gorgeous visuals, fluid gameplay, and enchanting soundtrack, Frozen Masquerade runs the risk of making game development look easy. But Nack’s game wasn’t built in a day — or even on the first try.

Nack started working on Frozen Masquerade in June of 2012 with the goal of making a more accessible game within the fighting genre.

“The fighter is all about reading your opponent, countering their actions, and trying to predict their moves,” Nack says. “The skill of execution is very important, and that’s one of the reasons the games are fun. But they’ll do dumb stuff where it’s like, ‘I don’t know why I need to press Y,B,Y,B, down, right, B, X, A — and that makes him do some cool punch.’”

Early on, Nack came up with what he felt was an appropriate art direction. After moving quickly from character concepts to finished character puppets, he spent roughly two weeks animating the first two characters to incorporate in his prototype. 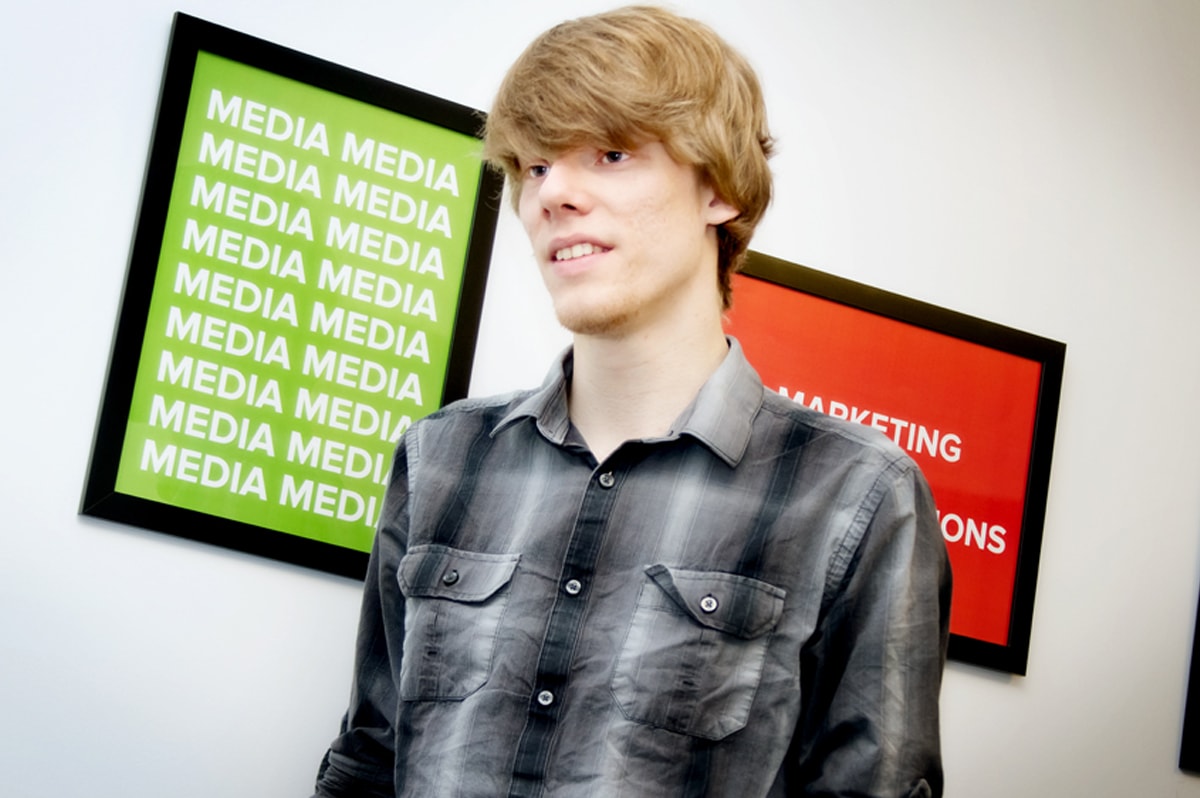 While this early build was enjoyable, his dissatisfaction with the art style led to the first of multiple decisions to scrap his previous work and start fresh by creating new concepts and animations.

The fighter is all about reading your opponent, countering their actions, and trying to predict their moves.”

The second decision came several weeks later when he discovered that the game’s engine didn’t adequately support his sprite-based rendering methods when four characters were on screen. Once again, Nack threw away all previous art content — in this case, close to 500 frames of animation and 160 hours of work — and devised a better solution. This time Nack scripted an animation pipeline inside the engine that would render character moves and gestures programmatically.

For sound effects, Nack used a wide range of objects. Bass-heavy hit sounds resulted from smashing a rug against his bedroom floor and the inside of his closet. A trip to the local Home Depot turned into an enjoyable and sometimes embarrassing expedition as he experimented with the sounds made by swinging and banging together various in-store items.

“I got a lot of strange stares, and I came out with a weird assortment of things that didn’t look like they went together,” Nack says.

And for the game’s soundtrack, Nack drew from his musical background to compose original themes for individual characters. For one track he even went so far as to reverse engineer a version of Italian composer Antonio Vivaldi’s “L’inverno” (Winter) concerto, using a digital composing program to recreate individual arrangements. 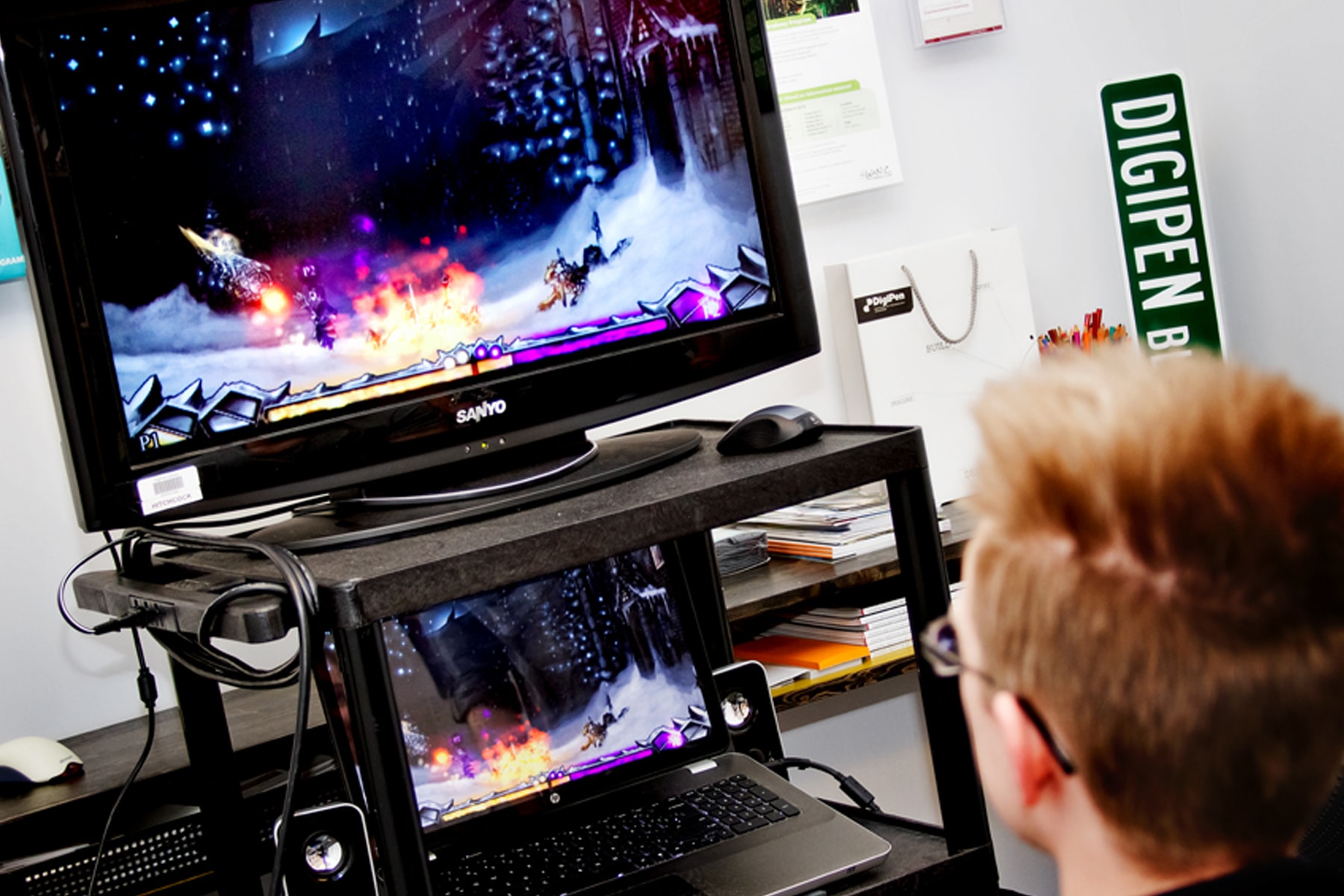 Experienced as a whole, Frozen Masquerade would be an impressive accomplishment for a creative team of any size, let alone a team of one. And while Nack speaks humbly of his multidisciplinary talents, he does offer one explanation to account for them: He’s had a lot of practice.

Nack was just 11 years old when he first started making interactive web games. He later taught himself how to use the free Game Maker engine, implementing his own art and sound effects into his games. By the time he came to DigiPen, Nack says he had worked on close to 50 game projects.

“I probably spent more time making games than playing games, because I just enjoyed it,” Nack says. “The reason I can do art is because I was making games, and I always made the art for them. And I just did it so much I got good at it.”

I’m very much an action-centric person, so I guess my advice is don’t sit around and think about making games. Just start making games.”

For the first two years of his major, Nack developed several short-term game projects — including puzzle games, platformers, and more. He took advantage of DigiPen’s robust art program, going beyond entry-level life drawing classes to study figure drawing, biology, and digital painting. Nack also joined a sophomore game team as an artist, designer, and composer for the game Luminosity. He’s currently attached to two other game teams as a composer and sound designer.

“I’m a very social person, so I enjoy being on a team more than working alone,” Nack says. “What I’ll end up doing is when I’m working on a solo project I’ll playtest constantly, so I’m talking to people about what I’m working on. And every time I finish something I’ll go and show it to a friend.”

When asked what advice he had for other aspiring game developers, his response is simple and direct.

You can download Frozen Masquerade from the DigiPen Showcase. 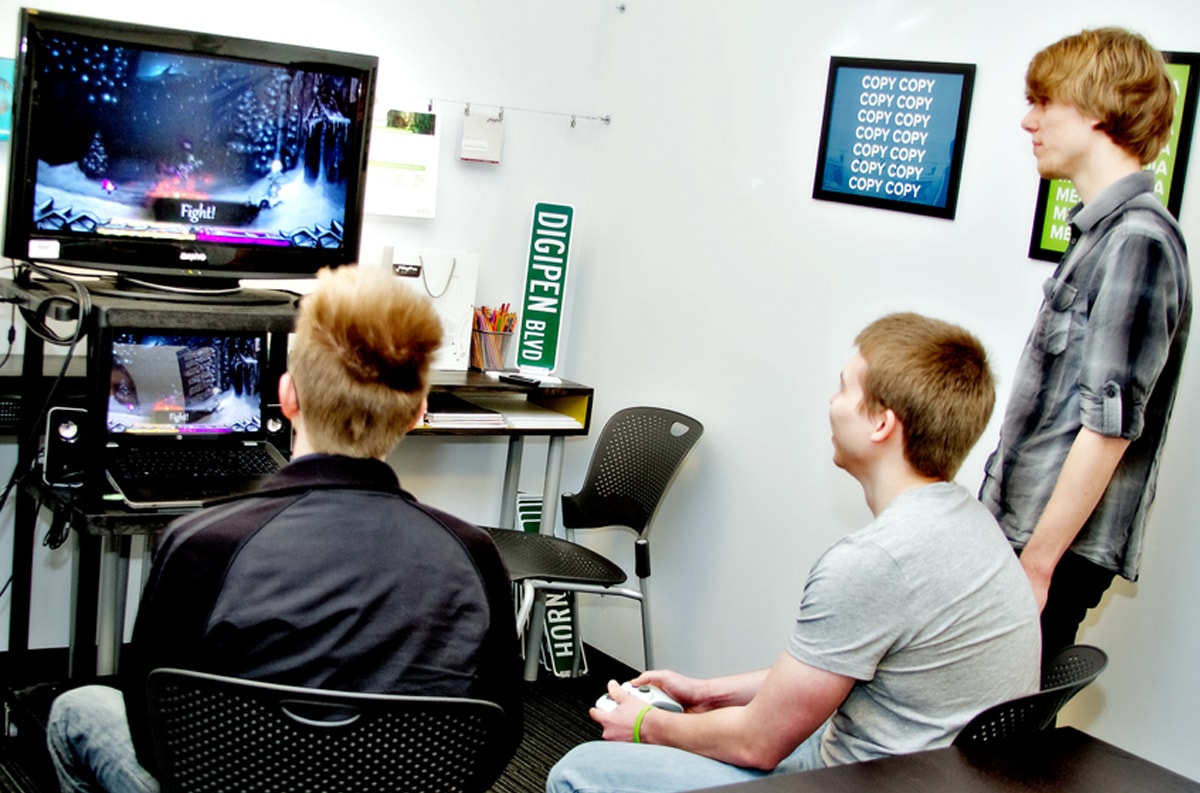