More than 900 people of all ages came to DigiPen’s Redmond campus last Saturday to enjoy the food, games, and other entertainment at DigiPen Day 2012.

“We are having a blast,” said Michelle Goodnight, who came to DigiPen Day with her 8-year-old son Austin. “We didn’t know what to expect. It’s overwhelming.” 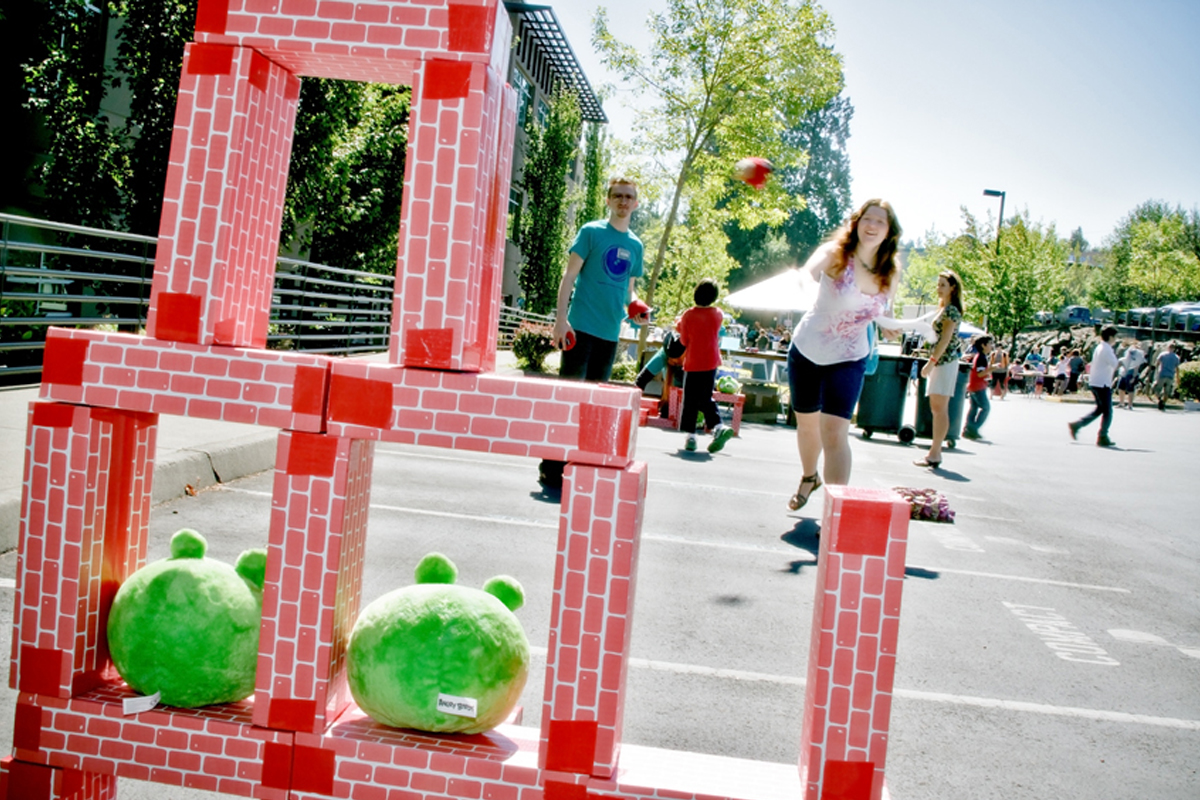 Both of the event goers donned stylish purple wigs and zany sunglasses for a large green-screen photo station that superimposed their various poses onto the DigiPen student game Nitronic Rush.

“It was especially cool because we could send it to our e-mail,” Goodnight said. “So now his grandma is getting this e-mail of us.”

DigiPen Day also gave several incoming students a chance to mingle and check out the campus in action before the school year begins on Sept. 4. First-year MFA student Kate Picchi competed with Eric Brunt at a friendly game of “life-sized” Angry Birds, which had participants taking turns building and destroying small cardboard castles using stuffed pig and bird characters based on the popular game.

“I won a round. He won a round,” Picchi said. “We were pretty evenly matched, I would say.”

Incoming BFA student Apol Thomaier took the opportunity to meet faculty and sit in on a series of 10-minute life-drawing sessions in which participants of all skill levels sketched on easels as a model in pirate garb posed at the center of the room.

“They’ve been playing Pirates of the Caribbean and all these epic soundtracks while we’re drawing,” Thomaier said. “It was awesome, because music and creativity go together.”

The free community event marked the two-year anniversary of DigiPen’s Redmond campus. Thanks to everyone who made it out!

A Swift Transition to Distance Learning Yields an Optimistic Future