When Valve unveiled its first trailer for Half-Life: Alyx in November 2019, video game enthusiasts around the world rejoiced. For more than a decade, fans had clamored for a return to the beloved game series, which had famously left on a dramatic cliffhanger with the end of 2007’s Half-Life 2: Episode 2. After years of scouring for the faintest of hints and clues that a new game was coming, the news was official.

But would the new game, specifically tailored for VR headsets like the Valve Index or the Oculus Quest 2, be worth the long wait?

Two weeks after the game’s March 23 release date, the critical consensus is clear. Half-Life: Alyx has been hailed by many as a giant step forward — not only for Valve’s flagship franchise, but for the entire medium of virtual reality entertainment as one of the best VR games to date..

According to DigiPen graduate Kerry Davis (BS in Computer Science in Real-Time Interactive Simulation, 2006), one of 14 DigiPen alumni who worked on Half-Life: Alyx, that was precisely the development team’s intent from the outset.

“Once we knew we were making a Half-Life game in VR then, yeah, we had that dual goal. We wanted to make great VR and push VR forward as a platform — but also make a great Half-Life game that had its place in the canon, which I think it does,” Davis says.

Set between the events of the first two games, Half-Life: Alyx puts players in role of Alyx Vance, who embarks on a daring mission to rescue her father, Eli, from the clutches of the Combine, a tyrannical regime of occupying alien invaders. Similar to past games in the series, players must puzzle and shoot through dilapidated environments filled with all manner of otherworldly enemies — from dreaded face-hugging “head crabs” to burrowing insectoid “antlion” creatures and more.

What sets the new game apart is that the entire experience takes place within a VR environment, resulting in the most immersive and intense Half-Life experience to date.

“It does get pretty terrifying,” Davis says.

As someone who joined the project’s four-year development process early on, Davis says his main focus was on programming the game’s myriad hand-gesture interactions and mechanics. One of the very first interactive systems he tackled, he says, was doors — a subject he talked about at length during an on-campus guest presentation last September, just weeks before the official unveiling of Half-Life: Alyx.

But his proudest contribution by far, he says, was programming the functionality for the brand-new telekinetic “gravity gloves” device, which are worn by the protagonist and used throughout the game to target and grab physical objects scattered around the environment. So far, they’ve been a standout feature highlighted in reviews of the game as both a fun mechanic and inventive solution to making VR more user friendly. Andy Kelly of PC Gamer wrote a piece calling them “the real star of the show.”

Giving credit to fellow Valve developers Will Smith and Jason Mitchell for creating the original gravity gloves prototype, Davis says he worked extensively on programming, testing, and iterating the final version that’s in the game.

“The main thing was having the gloves be intuitive, automatic, easy to understand, and actually fun to do, and something that won’t wear out its welcome,” Davis says. “So it was sort of finding the right balance. How much effort should they take? How easy should they be? How do you activate them? And how do you keep them fun and intuitive for the whole game?”

Whether you’ve played the game yourself or watched others play it, you’ve probably noticed the two-step process for using the gloves — a subtle flicking motion to activate an item toss, followed by a grabbing action for when the object reaches the player’s hand. While it may look like an automatic interaction, there’s some skill that goes into mastering the technique. That’s because there are simulated physics happening behind the scenes.

“We don’t just pull the prop directly to your hand. We give it a force that launches it into the air, and then the entire time that it’s traveling through the air, we’re applying small impulses to it to correct its trajectory based on where your hand is,” Davis says. Move your hand too far while the object is being pulled, he says, and it will fly beyond the player’s grasp. That said, the window for where the player can catch a flying object is deliberately generous. 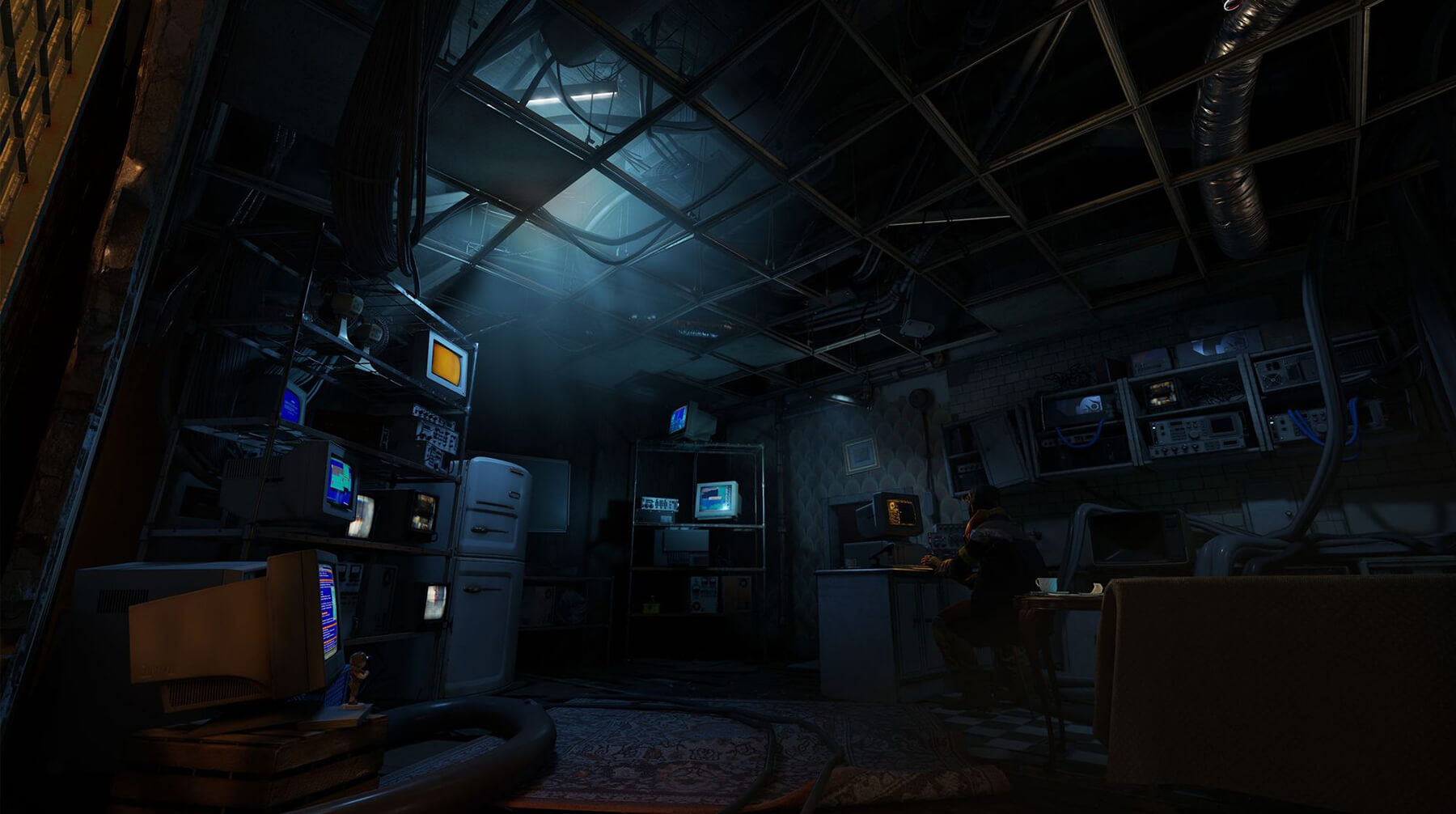 “Having it be too much like a laser-guided missile wasn’t that much fun. It felt like you were taking the skill out of it,” Davis says. “But having some of the adjustment was really nice because that means you don’t have to watch it coming to you to catch it. You can pull, look away, deal with other issues, and it’s going to end up in your hand.”

For a player who has mastered the use of the gloves, wielding them can feel like a superpower — especially in the heat of combat.

“You can pull ammo off an enemy, drop the empty clip from your weapon, catch the ammo, put it in the weapon, chamber a shell, and start shooting again. You can do all that perfectly smoothly,” Davis says. “As you play through the game, you can get a sense for this rhythm, and it just becomes so automatic and second-nature. I’m really happy that came out so well and that people are experiencing it in that way, where … it feels like a natural extension of their body.”

As it turns out, Davis contributed to more than just the programming for Half-Life: Alyx. As an additional Easter egg, the developers even used Davis’s actual C++ code for the gravity gloves as part of the in-game set decoration. Players can catch a glimpse of that code on a nearby computer monitor while activating the gloves for the first time.

Not surprisingly, Davis says he’s thrilled with the final results of Half-Life: Alyx, and he points to the zoo chapter and tense encounters with the blind, invincible creature known as Jeff as two personal favorite moments. That said, he admits the experience of playing a game you worked on can be a lot different than playing someone else’s game. 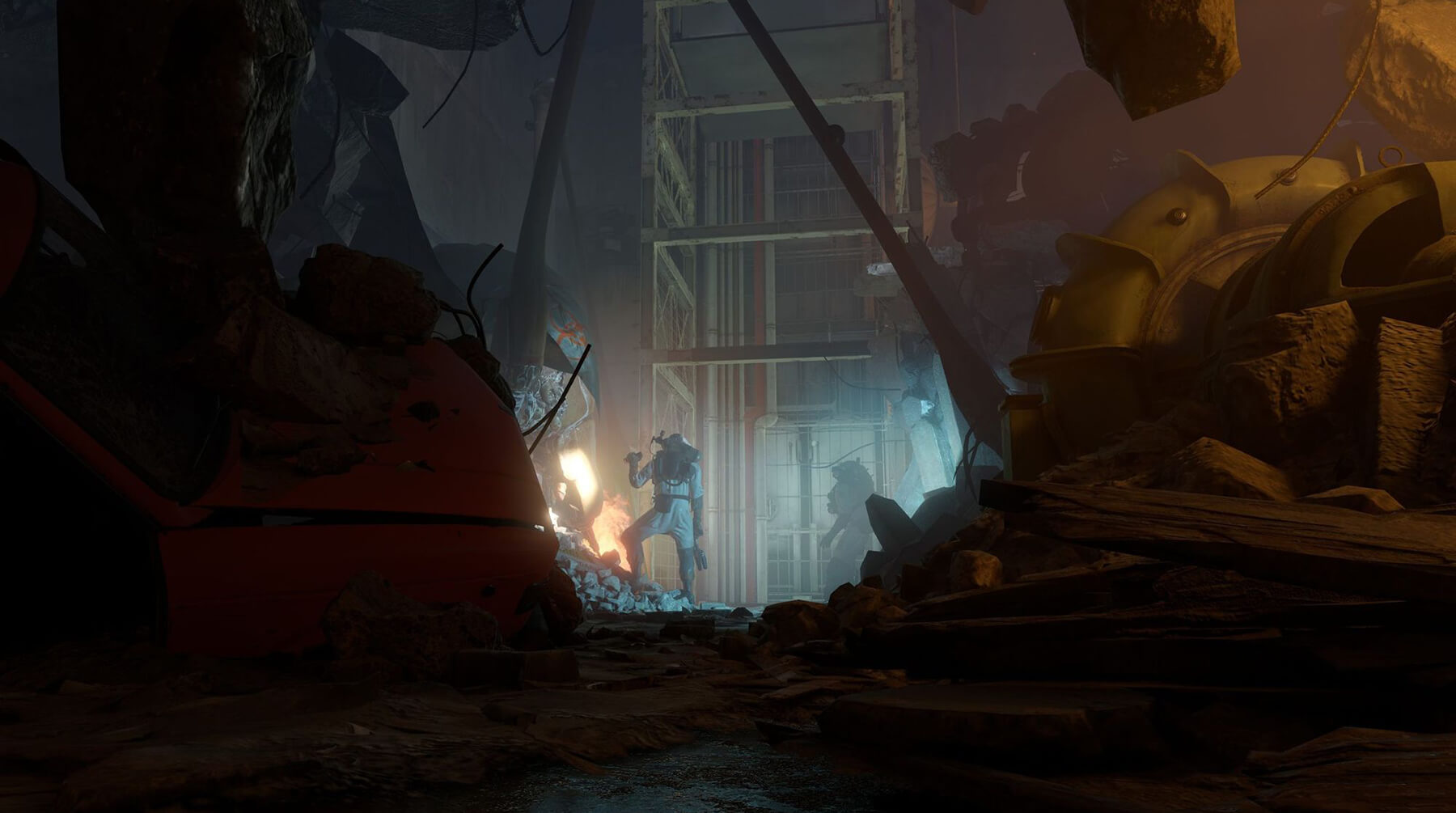 “All I see are the bugs and rough edges,” he says. “That’s one of the hardest things when you get into the games field is to be able to accept that for your code. Because we all want the work that we do to come out perfect and look perfect to us, and it’s never going to. At some point you just have to say, ‘Yes, this is good. We can ship it.’”

For Davis, working on Half-Life: Alyx marks the current highlight of his 15-year career at Valve, a place where a day at the office can often feel like hanging out with friends — despite the hard work.

“It’s sort of the equivalent of having just spent eight hours in a LAN party with your best buddies. But instead of having the LAN party, we’re making a game,” he says. “You’re having fun and being creative at the same time.”

Half-Life: Alyx is currently available on Steam and compatible with most major VR headsets including the Valve Index and Oculus Quest 2.