Minecraft just might be the most popular game in the world right now. On any given day, it can have something in the neighborhood of 55 million active users, and it recently hit the 122-million-copies-sold mark. After Tetris, it’s the best-selling game in history.

The game’s simplistic, boxy graphics belie the infinite complexity it offers players. In the original “Survival Mode,” players are dropped into a procedurally generated sandbox world with no specific goals other than to try and stay alive. There are enemies, but combat is not necessarily the point of the game. In fact, there isn’t really a point, which might be the point. You build the things you need to survive, or if you’re playing in the optional “Creative Mode,” you can simply build anything your heart desires. Minecraft artists have made precise replicas of Westeros, a reproduction of London, and even an epic pirate ship/shark.

Before it became a global phenomenon, Minecraft began as a side project of Swedish developer Markus “Notch” Persson. His alpha version began gaining such popularity that he had to quit his day job to keep up with sales. At that point, he set up a company, Mojang, to further develop the game, taking it on up through beta and eventually releasing a full retail version in late 2011. The game’s popularity continued to skyrocket, attracting the interest of Microsoft, which bought Mojang for $2.5 billion in 2014.

It’s really cool because we have been [here] for only a year and get to own these features.”

With that purchase came the need for a Redmond-based development team. That team has hired over 35 DigiPen graduates for full-time and contract positions since its formation. The DigiPen/Minecraftconnection actually got its start thanks largely to some faculty networking at a Game Developers Conference (GDC) event in San Francisco.

On the plane home from the conference, DigiPen humanities professor Sonia Michaels spotted the badge of a fellow GDC attendee and struck up conversation. She maintained the connection, and almost two years later her new friend found himself working on the Minecraft team and in need of some reliable developers. He reached out to her and, as luck would have it, she knew just who to recommend!

“He hired the first half dozen people I sent him that same week, and it just exploded from there,” Michaels said. “It’s also definitely a huge testament to our students that they were so happy with that initial group that they kept coming back for more.”

Jake Shirley and Craig Steyn were two of the company’s first hires from DigiPen and are now full-time employees on the Minecraft team. After a recent Minecraft Company Day, we caught up with them to ask what it’s like to work on the world’s second-best-selling game.

“It definitely makes you not want to break something!” says Jake, who graduated from DigiPen’s Bachelor of Science in Computer Science in Real-Time Interactive Simulation program and is a software engineer on the Minecraft team.

As daunting as it is, they both love working on Minecraft, they say, because even on such a massive game, their work matters. A recent reorganization split up the Redmond Minecraft team into small, specialized groups, which Craig described as being similar in size to the student game teams at DigiPen. In those smaller teams, he says, they’ve been able to drill down on specific features or platforms and do important work. Craig has become the resident expert on Minecraft for Apple TV and has done extensive work on Xbox Live as well. Jake works to support the content ecosystem that allows people to share and access worlds, mods, and DLC.

“It’s really cool because we have been [here] for only a year and get to own these features,” Craig says.

“It makes you feel like you’re making a bigger impact, because you’re not just a generic cog in this giant machine,” Jake adds. “You’re actually a giant part of this small group, so you really own the features you’re working on, which is really cool.”

The game also presents a unique challenge, they add, because it actually runs on three different engines: the original Java engine for PC, console engines, and the Bedrock engine, which powers mobile versions, virtual reality, Apple TV, Windows 10, and others. While the Microsoft team works primarily with the Bedrock engine, the developers must do their best to maintain parity with the other engines. That’s not always easy, Jake and Craig say, but it’s a welcome challenge.

“It’s a really cool experiment where you can take this super popular game and say, ‘Well, we need to put it on console.’ How do you do that? How do you play with a controller?” Jake says. “You’ve got to make the game feel the exact same and look the exact same and have the same features.”

Though they both really enjoy working on the game, their respective paths to Minecraft were very distinct.

For Jake, working on Minecraft was a no-brainer — he and his friends played the game extensively in high school.

“It was mostly just survival [mode], but the nice thing about Minecraft is that it’s basically a giant sandbox, so occasionally we’d set up a Hunger Games server or a paintball mod and we’d play paintball,” Jake says. “We could all play whatever kind of game we wanted.”

Working on worlds and DLC for Minecraft makes sense too, as Jake says he was always attracted to the technical, server-management side of the game.

“I love seeing all that cool stuff in-game, but I don’t want to make it,” he says, talking about some of the exceptional things people have created in Minecraft. “But I’ll make the server! It’s kind of a cool ecosystem.”

Those sorts of problems where you’ve got to run 60 frames per second, now 90 frames with VR, where you have those sorts of constrained environments and you have to come up with very elegant solutions — that’s the stuff that I really dig.”

Craig, on the other hand, is a slightly less likely candidate, as he’s not as much of a gaming enthusiast. He plays more Minecraft now that he works there, but he adds that he’s “more of a tech-side dev than a gamer.”

It might seem counterintuitive that he chose DigiPen, especially because he was already studying programming in his home country of South Africa when he decided to make the journey overseas.

“A friend of mine from high school … studied at DigiPen for a year. He came back for his summer break and I met with him. And I was showing him the stuff I was working on, and he showed me the stuff he was working on. And I was like, ‘That’s way more interesting!’” he remembers. “It wasn’t so much the game creation, but it was the tech that he was doing.” 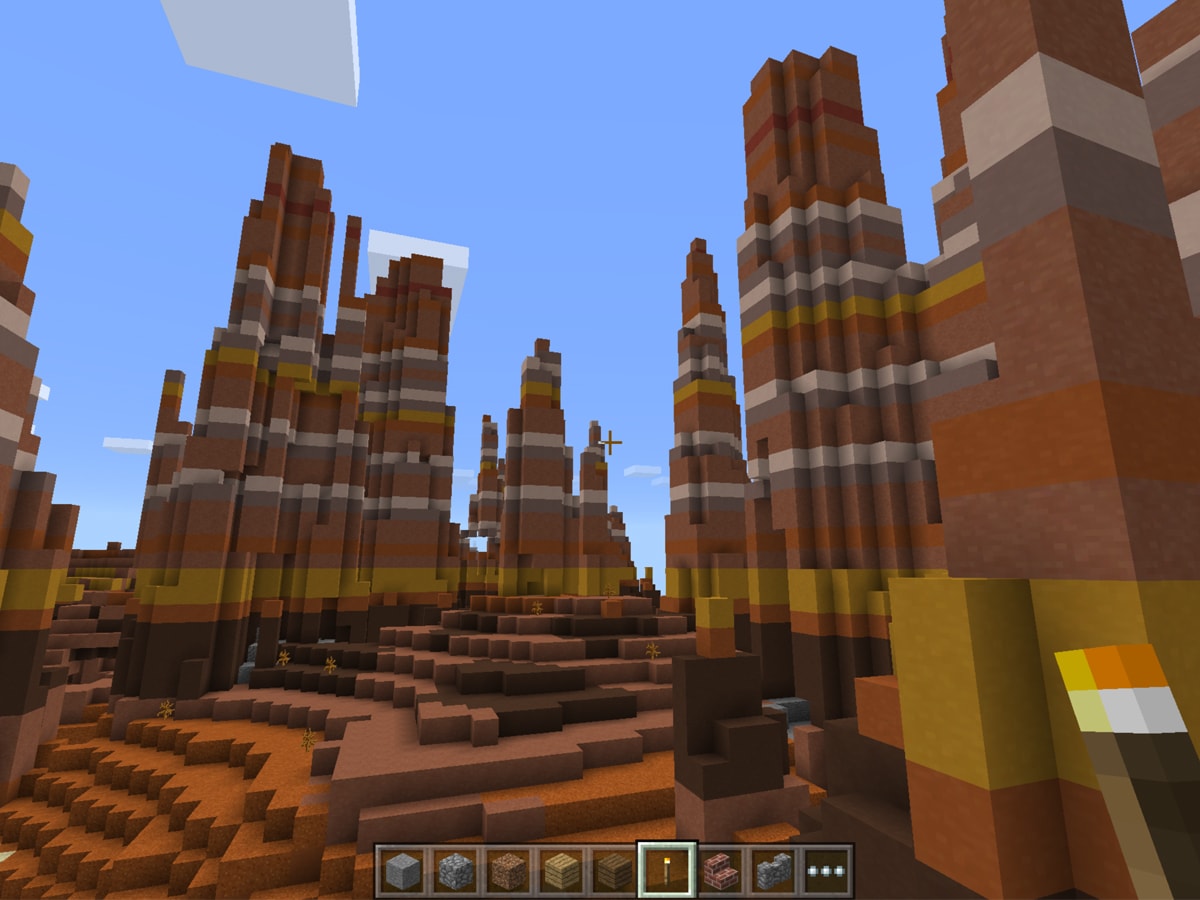 As Craig points out, the under-the-hood aspects of games are some of the most technically demanding areas of computing.

“Those sorts of problems where you’ve got to run 60 frames per second, now 90 frames with VR, where you have those sorts of constrained environments and you have to come up with very elegant solutions — that’s the stuff that I really dig,” he says.

He got his first chance to work professionally in games during the summer between his junior and senior years, thanks in part to Jake. Jake was doing contracting work for the Minecraft team already, thanks to Sonia Michaels’ recommendation. Though Craig and Jake had not extensively collaborated at DigiPen, Craig had helped out on Jake’s senior game project Chronomancers, and so Jake was happy to recommend him as a contractor.

After graduation, Craig did a brief stint on the Microsoft Office team before realizing he missed the faster pace of working in games. Having previously contracted with the Minecraft team, he got in touch with his former team lead there to see if there were any openings. Because he’d made a good impression during his time as a contractor, he was able to make the transfer, joining Jake as a permanent employee on the Minecraft team.

The type of networking that worked in Craig’s favor, they both agree, is super important in their line of work. That’s because developers, Craig says, often have to be extra picky when considering who they want to work with.

“Do I trust this person? Because they can make my life a lot harder,” Craig says. “If they aren’t passionate enough, or if they’re being destructive, it’s a huge problem.”

Thanks to similar in-house connections, as well as the resulting job performance of those hired, the Minecraft team has continued to bring on more and more DigiPen alumni.

“We made a pretty good impression, the first group of us, and then they asked us for some recommendations,” Jake says, adding that the Minecraft team is a natural fit for recent DigiPen graduates. “It’s Microsoft, but it’s also games. And it’s local — it’s right down the street.”