Harrison Barton, the lead narrative designer for Pride Interactive’s third-person adventure game Elegy and a recent Class of 2017 graduate, can only remember playing “maybe two or three” games that feature disabled characters. None of those, he says, really resonated with him. Barton is himself disabled, and the portrayal of disabled people in games — and media in general — has never seemed adequate to him.

What you don’t get, he laments, is real characters with real depth. Games and media tend to reduce disabled characters to their disability, he says, and that’s a shame.

Sometimes they’re just a character, and you don’t need to think too hard about it.”

“You see in media, it’s like the person walks up and they’re like, ‘Hello, did you know I’m disabled?’” he jokes, comparing it to the recent flap over a rather one-dimensional transgender character in Mass Effect: Andromeda. “In the new Mass Effect game there was this one character that was like, ‘I went to Andromeda because I’m trans. Did you know I’m trans?’ That doesn’t necessarily need to be the focal point of their character, and a lot of times it’s not — it’s just a part of their character.”

It’s also frustrating, he adds, because it smacks of tokenism, as if companies are more concerned with the appearance of inclusiveness than with telling good stories that happen to include characters with a wider range of backgrounds. Though a disability is obviously a big factor in a character’s story, and it doesn’t make sense to simply pretend it doesn’t exist, it doesn’t have to be the only interesting thing about them, he says. 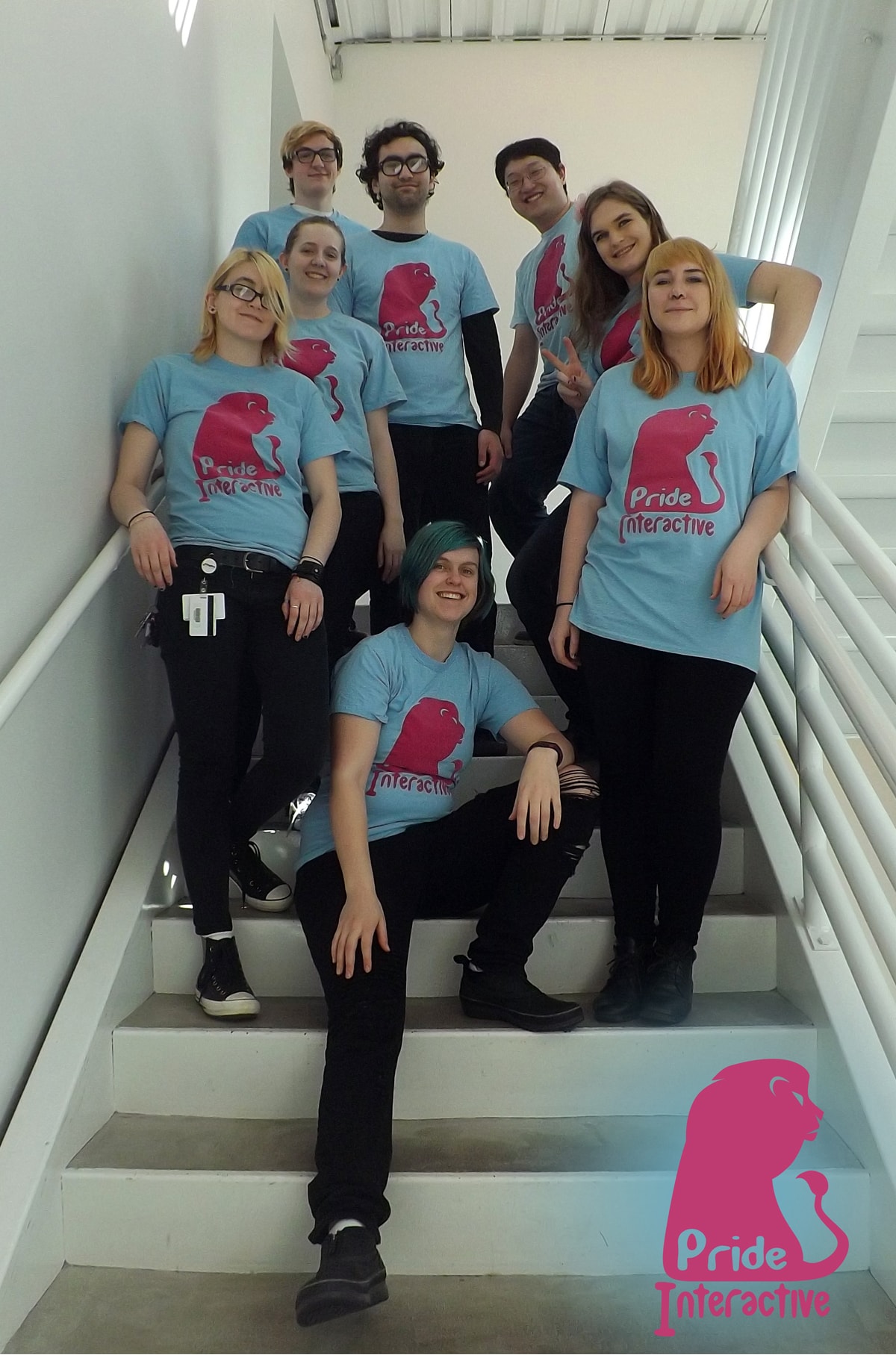 “Sometimes a character with a disability just has a disability, and they don’t have to have an inspirational story or be this ‘Oh, poor you’ character,” he says. “Sometimes they’re just a character, and you don’t need to think too hard about it.”

When he writes a character, he says, he makes sure to account for things like gender identity, sexual orientation, and disability, as they do speak to a person’s traits and motivations, “but not so much that it’s going to drastically change how they speak.”

Elegy, a game about a girl exploring the remnants of a robot civilization in search of her lost brother, is something of an answer to the tokenism Harrison has observed. The protagonist, Robin, is missing her right arm below the elbow, an obvious nod to Harrison’s own disability (he’s missing his right hand). However, while the fact of her disability is made evident from the moment you fire up the game, it really only comes into play once, mechanically speaking.

The game is principally about exploration and narrative. Its puzzles — minigames in which the player cuts wires in a certain order to create connections and activate various doors and gates — provide more of an interlude than a challenge. But in one of those puzzles, the character is required to cut two wires at once. Without giving away too much of the story (because you should really play it through yourself), Robin finds herself in an uneasy partnership with a robot companion named Pell, a robot head without a body. Pell offers to plug himself in to the system, enabling Robin to cut the wires one at a time and proceed.

“That is the one mechanical moment of the game where it becomes part of the game,” Harrison says. “That’s it. And that mostly serves as a moment of vulnerability for the character Robin, so that they kind of get past their ‘frenemy’ status and become more friendly with each other. It serves more as a beat in the character arc than anything else.”

In this, Elegy succeeds in acknowledging the existence of Robin’s disability without ever obsessing over it.

People talk about how this movie or this book or this song inspired them. It’s like, why can’t games do that? I want to do that.”

The game also incorporates a side story, written by their lead artist, Morgan Rowe, about a same-sex couple fleeing society to escape persecution. That story is told via notes discovered as Robin explores the ruins of the robot society, and though it’s clearly a reflection on the issues facing same-sex couples in contemporary society, it’s still seamlessly incorporated into the game’s broader narrative. The fact that the couple fled to the robot’s underground city to escape persecution among their human peers implies volumes about the robots’ way of life, which is a crucial part of the story. In this way, it serves to advance the overall narrative rather than distract from it.

Needless to say, Elegy’s subtlety in presenting its more serious themes is one of Harrison’s favorite things about it.

“I like this game because in the past, it’s kind of been more in your face with the message,” he says. “The last game I did here was called Gaslight, and it was about abusive relationships. Like, it’s in the name!”

Clearly, Harrison is no stranger to games that take on serious subjects.

“I like to do games that have some kind of, I guess, activist bent to them,” he says. “Whether it be a portrayal of diverse characters or portraying serious themes. Things like that.”

When he started exploring game design in high school, he says he had zero exposure to serious games, because almost no one was making them. As more and more emotionally-driven games came out, he found a special interest in the genre, one that he obviously carried with him into his work in DigiPen’s Bachelor of Arts in Game Design program. He mentions playing Bastion, a retro-style RPG with a gripping and emotionally resonant narrative, as something of a watershed moment.