DigiPen gives students the skills they need to get into the game industry, but Department of Humanities and Social Sciences Chair Sonia Michaels gives them something else that’s just as crucial. “I focus a lot in my classes on not accepting abuse of any kind from people in the industry, whether it’s financial, your time, discrimination, or sexual harassment,” Michaels says. “My goal has always been to help young people who want to join the industry — to not only give them the skills to do the work, but to equip them to protect themselves.”

As recent industry headlines have shown, it’s a vital lesson — one Michaels believes has powerful implications. “We are preparing you to go out there and transform the industry into something you can be proud of,” Michaels says. “I think that DigiPen is spearheading these efforts, and that we have to be the root of that change.” In 2020, Michaels was elected to the board of directors of the International Game Developers Association (IGDA), where she’s been taking her efforts to a global level.

A member of DigiPen’s faculty since 2008, Michaels has had a front seat to the changing dynamics of the game industry. “I think the understanding of the industry that I’ve developed over the years has helped me figure out what the gaps are that need filling,” Michaels says. Part of that understanding came from Michaels’ role as an unofficial annual faculty chaperone for DigiPen students attending the Game Developers Conference (GDC). There, she encountered the IGDA for the first time, where the group was sponsoring events for diverse industry groups. “The students and I would attend gatherings and award ceremonies for Jewish game developers, Black game developers, LGBTQ+ developers — I thought they were great opportunities for our students to find their people in the game industry,” Michaels says. Impressed, she quickly got involved herself as a volunteer for the IGDA’s Mentor Cafes, which match industry upstarts with game professionals for advice and guidance. 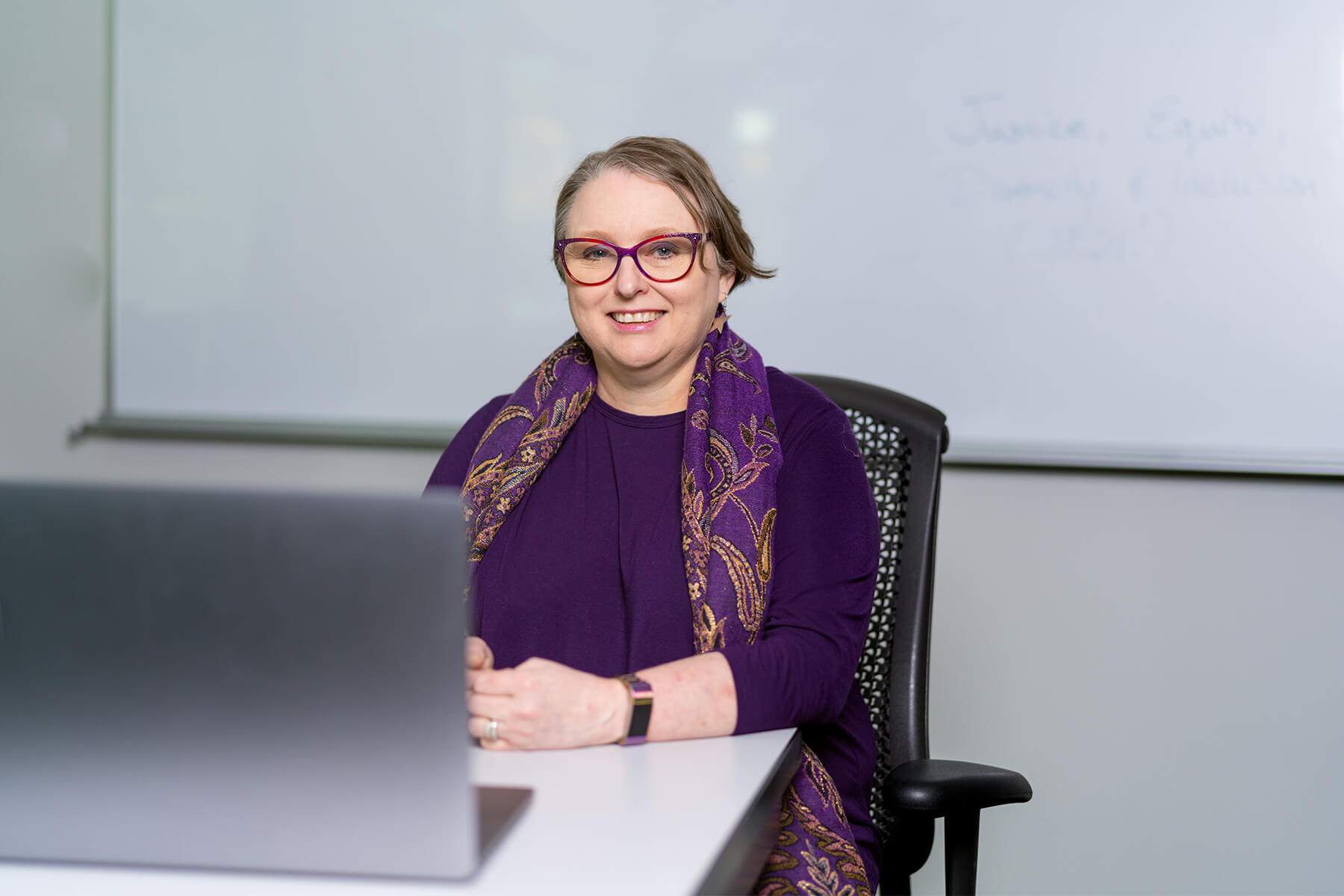 In 2020, IGDA members recognized Michaels’ work by electing her to the organization’s board of directors. “My work at DigiPen dovetails really well with the IGDA’s mission, which is to reinforce and support healthy, sustainable work practices for game developers,” Michaels says. Much like the lessons she teaches DigiPen students in her communications courses, Michaels has been developing career modules for the IGDA, outlining the best ways to develop resumes, negotiate salaries, and approach job interviews. A recent IGDA white paper Michaels reviewed and edited, “Guide For Game Companies: How to Create and Sustain a Positive Work Culture,” also echoes much of the work she does on campus. “Creating better work cultures and encouraging young developers to think about diversity and inclusion are some of my big teaching focuses. That’s something the IGDA is doing that’s very much in parallel with what I’m trying to do in my classes at DigiPen,” Michaels says.

Our students — they’re wonderful humans. They learn about problems, internalize their importance, and go out there fired up to make change.

Teaching students what to do when they encounter work cultures that aren’t sustainable or inclusive has also become an increasingly important topic in Michaels’ courses. “You have to know how to advocate for yourself as young employees and game devs out there,” Michaels says. “It’s about knowing how to speak up when things aren’t OK and being a good citizen of the industry.” That could mean confronting excessive mandated overtime, known in the game industry as “crunch.” “You can’t walk in your first day and announce you’re never working overtime, but we talk about how to set healthy boundaries and push back against toxic labor practices,” Michaels says. “That’s especially important during these crazy times where remote work has dev teams scattered everywhere — it’s so easy to fall into bad patterns.” That can also mean standing up for more inclusive hiring practices, or stepping in when you or a coworker are being harassed or unfairly discriminated against. “We talk about making space for marginalized people, knowing who to talk to if someone says something inappropriate, and being a good ally in those situations,” Michaels says.

With an invitation from the U.S. State Department, Michaels recently gave two virtual presentations to international audiences in Turkey. The first, where she was joined by fellow Department of Humanities and Social Sciences faculty member Fara Nizamani, addressed nearly 200 high schoolers in Istanbul on career pathways into the game industry. The second presentation, held as part of the 2021 Indieway conference, was delivered to a group of Turkish game developers on what to expect from those younger generations entering into the industry. “One of the things I spoke about was how Gen Z is going to be changing things,” Michaels says. “They don’t just want to go out there, make games, and settle for how things are because it’s their dream job. They actively want to make a difference.”

The evidence for those assertions? Much of it comes from her experiences at DigiPen. “I’ve seen that our students care about things like accessibility a lot. We have student game teams working on accessibility projects! They care about diversity and inclusion. There are alumni out there, like Chris Wright’s indie studio Poorly Timed Games, working on that and doing amazing things,” Michaels says. “That’s one of the things I love about our students — they’re wonderful humans. They learn about problems, internalize their importance, and go out there fired up to make change. I want to keep up that momentum.”