The next time you watch the movie Brave, take a closer look. Watch the subtle folds and stretches of the characters’ medieval garments as they gesticulate and move about, or the effects of the wind blowing through the protagonist Merida’s fiery head of hair.

“(Princess) Merida, as you’ve seen, she has this long, curly, wild red hair that is beyond anything that Pixar had ever done before as a technical challenge,” Mark Henne, Pixar’s Senior Technical Director, said during a guest lecture earlier this month. “And in order to make everything work, we had to kind of start over with our hair simulation technology.”

Henne presented to DigiPen students and faculty on some of those technological breakthroughs, highlighting several processes by which Pixar’s talented team of animators, artists, and programmers worked together to achieve new levels of detail and complexity in both the rendering and simulation of hair and clothing.

If you look at some fabric, you know the difference between silk and burlap.”

Much like the wardrobe in any live-action production, each character in Brave appeared in a set number of digitally constructed costumes. In addition to the five dresses Merida wears in the film, the combination of other accessories — such as bow, quiver, arm wrap, and cloak – added up to 22 layered costumes, each one involving the dynamic interplay of differently behaving fabrics and materials.

“Intuitively, if you look at some fabric, you know the difference between silk and burlap, or a cotton sweatshirt and something lighter weight,” Henne said. “We’re building real garments, and so we need to use some of the concepts from real tailoring.”

Achieving complexity in hair was another challenge altogether, requiring close to three years of research and development time before receiving final approval for implementing in the film. Merida’s hair, which showcased the new technology, was built using 9 separate layers, each with a distinct visual and behavioral quality.

“There are no predefined breaks in the hair,” Henne said. “All of the strands are operating independently and are free to move around.” 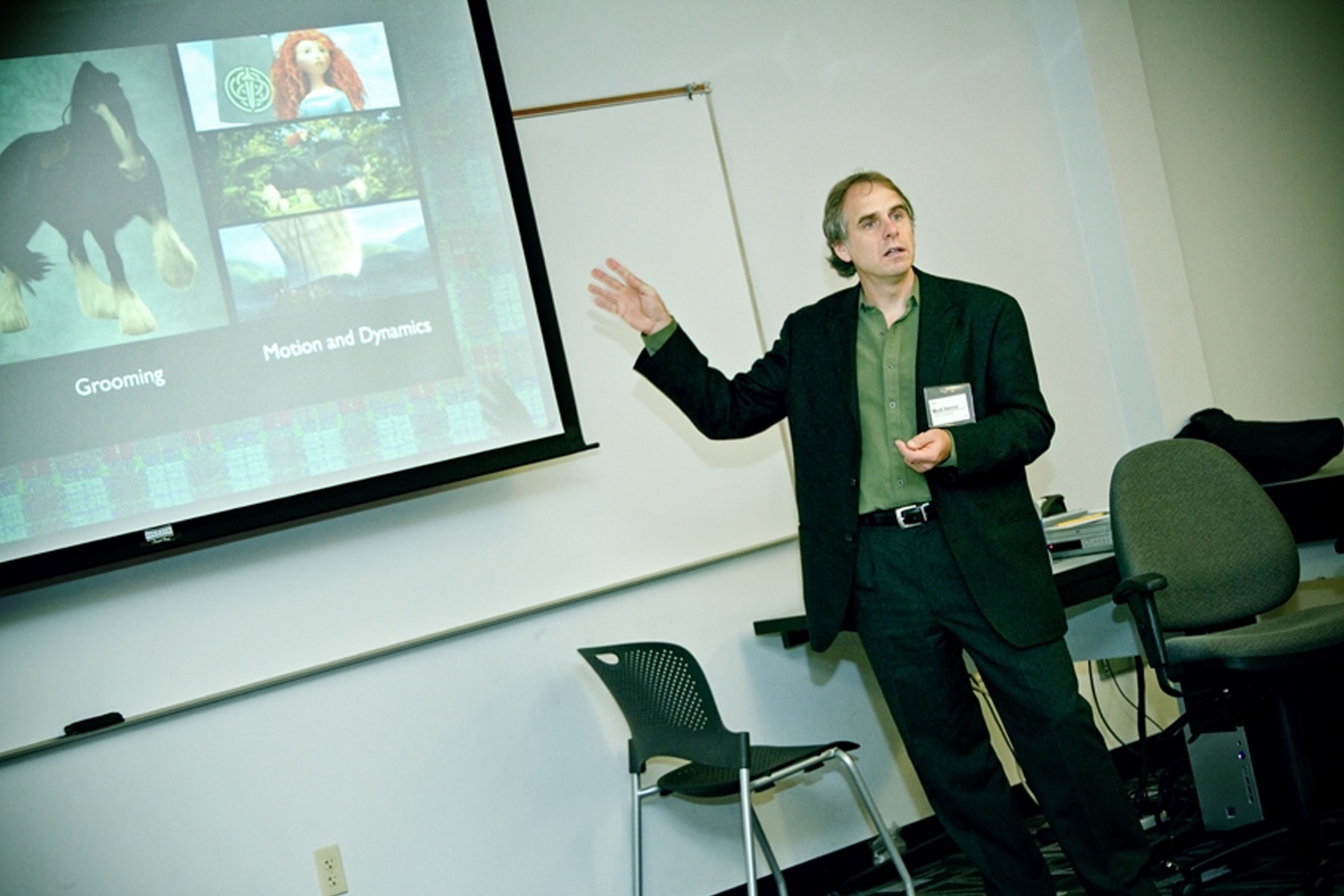 We’re trying to achieve simulations with the complexity and appearance of the true physics.”

For the purposes of computing simulations by which each of Merida’s hairs would interact, Henne described how his team had to find ways to sometimes reduce complexity. As opposed to having every hair detect every other hair, which created an unmanageable network, strands were instructed to detect only strands within a reasonable proximity.

“At the end of the day, we’re not trying to do physically accurate simulations,” Henne said. “We’re trying to achieve simulations with the complexity and appearance of the true physics, but match the artistic expectations of the director and the animator.”

To learn more about the Brave team’s technical achievements, you can download the paper “Artistic Simulation of Curly Hair” from Pixar’s online library.