The first thing that greets you as you step inside DigiPen instructor Sonia Michaels’ office is a near life-size cutout of the iconic blue police box from the popular British television series Doctor Who.

From there, she says jokingly, she and her students can escape to adventures in space and time.

A quick survey of the items on her bookcase is like a journey in itself through the world of film and literature. Masterworks by Charles Dickens, Charlotte Bronte, and Walt Whitman mingle with the classic science fiction magazines of Isaac Asimov and more.

The stuff you love to read can also be stuff that’s really thought provoking.”

It’s a fitting indicator of Michaels’ eclectic academic interests, stemming from at least as far back as her undergraduate and master’s degree studies at the University of Washington.

“I was always an English major. It was always Shakespeare and Chaucer and the rest of it. And then in my senior year at the UW, I took a graduate-level science fiction class with Joanna Russ, who was a really well-known science fiction writer,” Michaels says. “I didn’t even know it at the time, and then about halfway through the semester I started reading her stuff and went, ‘Wow! This woman’s really something!’ And that kind of led me to the understanding that the stuff you love to read can also be stuff that’s really thought provoking.”

It’s an outlook that’s carried over nicely to her role at DigiPen. 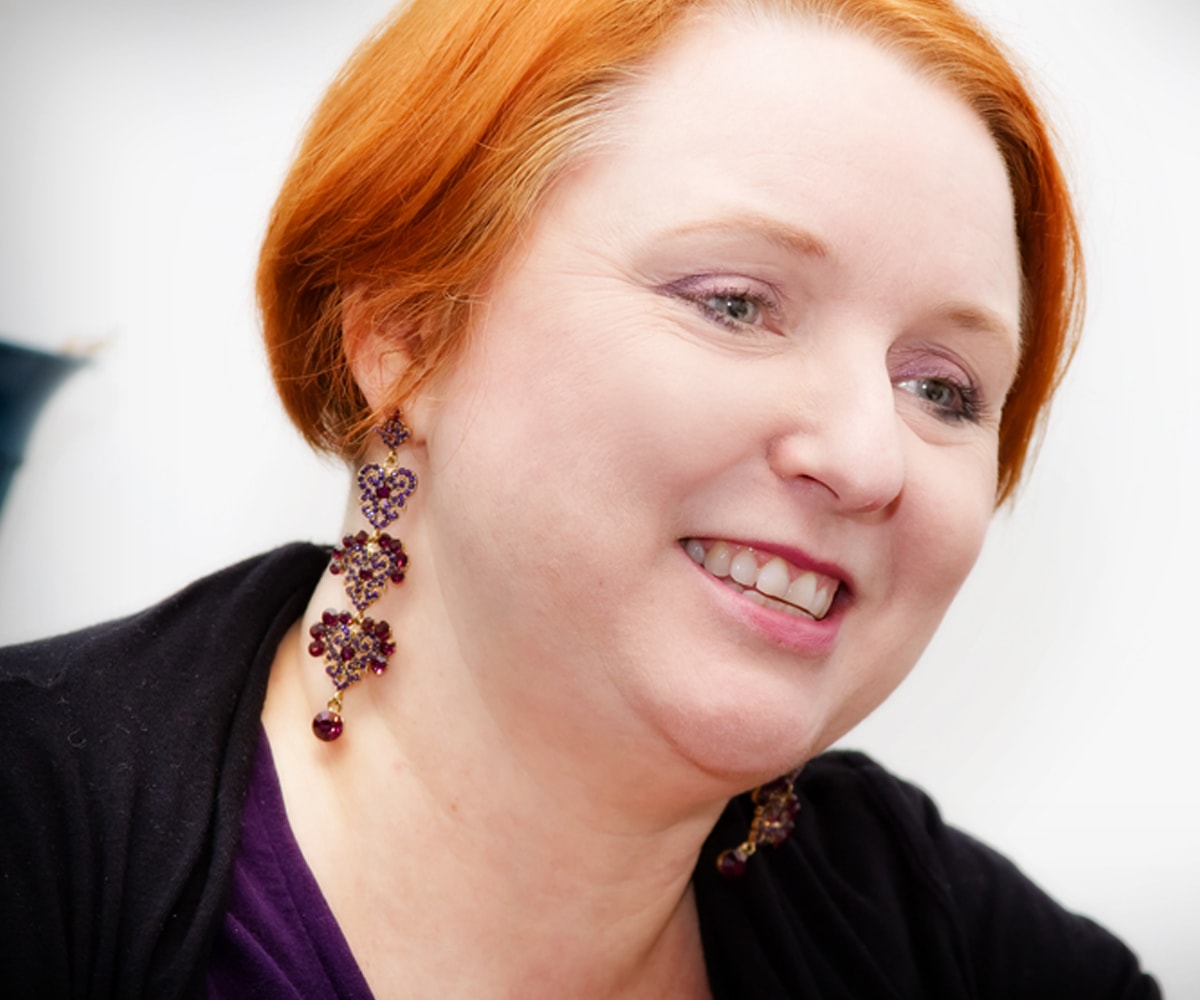 As an English professor in the fall, Michaels leads students through discussions of literature and fiction, encouraging them to analyze and extract deeper meaning from the creative works they study. Then, as a communications instructor during the spring, Michaels helps students improve their capabilities in the areas of writing, speech, and interpersonal skills, drawing from over a decade of professional experience as an admissions consultant.

In both cases, Michaels freely admits her classes are not often the highest priority for DigiPen students, most of whom are studying to become programmers, artists, game designers, and engineers. But, she says, that doesn’t mean the subjects she teaches are without value.

I want them to leave with a strategy, especially for those that are graduating seniors.”

“Every year at faculty orientation we have a panel of industry professionals, and they come in and tell us what we’re doing right and what we need to do more of,” Michaels says. “And they pretty much always say they’re looking for stronger communications skills and critical thinking skills.”

That’s part of the reason she begins each of her COM 250 Professional Communication courses not with a pre-established list of topics, but by asking each student what particular skills they’re looking to improve. For some students, it’s learning how to engage in small talk at conferences and industry events. Other students seek help with how to interview for jobs.

At the end of the course, she says, students write an essay outlining the skills they still need to improve, along with a plan of action for doing so.

“I want them to leave with a strategy, especially for those that are graduating seniors and are right in the heart of the job search,” Michaels says. “I want them to have a strategy so that if they don’t have a job by the time commencement rolls around, they’re not just swaying in the wind.”

On the English side of things, one of Michaels’ most popular courses is her ENG 230 Speculative Fiction class. Students examine a range of short stories, novellas, and films spanning sub-genres like fantasy, cyberpunk, and magical realism.

“I sit them down and go, ‘Okay, so when we watch Blade Runner, what does it tell you about what it actually means to be human? What happened in cyberpunk when all these stories about people going off and exploring space were suddenly about people jacking a cable into a port on their skull and then being in this interior world?’” Michaels says. “It’s nice for them to be able to read something and talk about something that feels relevant to what they’re doing, and I think the closest area of literature to games is speculative fiction.”

It also doesn’t hurt that she shares common interests with her students. Having grown up in the 1980s, Michaels says she fondly remembers days spent dropping quarters at the local arcade with friends. As a self-identified “recovering” World of Warcraft player, she can certainly understand the appeal of the virtual world.

It’s nice for them to be able to read something and talk about something that feels relevant to what they’re doing.”

And, of course, there’s her love for all things Doctor Who — particularly the seasons helmed by actor David Tennant (the 10th and best doctor, according to Michaels).

“I think I’m stealing a line from Craig Ferguson who said that Doctor Who is about the triumph of romance and intellect over brute force and cynicism,” Michaels says. “And I like that. It seems to work with the whole DigiPen culture, as well, where intellect is valued over brute force.”