Dr. Erik Mohrmann, DigiPen’s new Dean of Faculty, has been teaching physics at DigiPen long enough that he knows everyone who has ever been in the department, he says. He’s been here for 12 years and watched the college grow from a tiny school tucked into the Nintendo of America campus to a global institution with over 1,100 students in the United States and two international branches.

He jokes, “I like to say, we’ve transformed from a student body whose parents were begging them not to come here and couldn’t be stopped to the point where the parents are saying, ‘Hey, they’re ranked in The Princeton Review. You should go there!’”

His path to DigiPen, unlike many of the school’s faculty, wasn’t through the game industry. Rather, he was deep in academia. He hails from New York, where he studied medical physics and the biological basis of behavior at the Rensselaer Polytechnic Institute. He switched to nuclear physics when he linked up with his undergraduate research advisor, who was in the field. After that, he attended graduate school for nuclear physics at the University of Washington, where he discovered that several of his fellow physics PhD candidates were teaching at DigiPen.

“DigiPen’s first physics faculty member was a grad student whose office was across the hall from me at the lab,” he says, crediting that connection for leading to his own DigiPen career.

Having a strong physics curriculum at DigiPen makes good sense, he says, because the subject is crucial to video game development.

“Like I tell [students], the reason you have to know physics is because of a really profound problem you have: Unfortunately for you, everybody knows physics,” Mohrmann says. “They might not know all the math, but their intuition is really good because they live in this world every day. You have to be grounded in understanding how the natural world works if you want to convince people that what you’re doing is real.”

After 12 years of teaching full-time, he’s switching gears. As Dean of Faculty, a job he began in July of this year, he’s taking on the responsibility of managing a staff of 132 full-time and adjunct faculty. Despite the extensive responsibilities of his new role, he’ll still teach a little bit, he says, which he’s thrilled about. He describes teaching — specifically that epiphany moment when students finally grasp a concept they’ve been studying — as the “most exciting part” of his day.

That said, his primary role will be overseeing the institution’s faculty, which is no small task, given the size and intellectual diversity it represents. One of his main priorities, he says, is hiring, as there are a few key positions (including his newly vacant one) to be filled right away. But the challenges don’t stop at hiring, he says. Retention is key too.

From my point of view, grading the homework and getting it back to you is actually so you can learn, and learning is a thing I’m passionate about. I’m not passionate about giving or grading homework!”

“We have to figure out how to attract, mentor, develop, and retain world-class faculty,” he says, and he has a pretty good idea of who he’s after. Noting the number of faculty who have left lucrative jobs in the industry to teach at DigiPen, he says, “We have to keep the people who are passionate about being here who actually could leave at any moment. Those are exactly the people we have to have.”

While hiring and retention are his top priorities, he says, fostering institutional cohesiveness is a close third.

So what is it about DigiPen that builds that cohesiveness and keeps faculty engaged? It has a lot to do with a general atmosphere of excitement, he says.

“Your fellow faculty members, the staff that you work with being amped about what they do, that’s super fun. Getting students who are engaged in what you’re teaching,” Mohrmann says. “You get to go into a room and talk to [students] about some subject that you’re passionate about and they want it bad, because it leads to their end goal. That’s addictive.”

You over-prepare. Because if you succeed, they all get interested and they’re like, ‘What about this? What about that?’ And they want to go further. You need to be ready for that.”

He’s also got some theories about what makes a teacher succeed in that environment. A major part, he says, is simple logistical organization. That means getting papers graded quickly, having a well-laid-out schedule, and maintaining a routine. But it’s also the ability to recognize the greater purpose of that routine.

“It’s thinking about education, instead of grades and transcripts and things,” he says, noting that studies have shown that when teachers give their students feedback on assignments in a timely fashion, more learning occurs. “From my point of view, grading the homework and getting it back to you is actually so you can learn, and learning is a thing I’m passionate about. I’m not passionate about giving or grading homework!”

Also important, he says, is knowing your stuff, which includes knowing what you don’t know and being prepared to quickly learn new concepts. As an example, he recalled how he once found himself tasked with teaching upper division acoustics classes for DigiPen’s new Bachelor of Science in Computer Science and Digital Audio degree. Acoustics was not an area of physics Mohrmann was well-versed in.

“Guess how many acoustics classes I’ve had in my life. Zero!” he says. “It’s not my thing, right? I went into nuclear physics, so I didn’t have any acoustics. I wasn’t studying sound waves.”

Mohrmann hit the books hard, finding that acoustics and electromagnetism have a lot of parallels — “They’re both wave physics,” he notes — as he developed his curriculum. Was he nervous teaching something he’d only recently learned himself? Not really.

“You spend your time, you do your due diligence, and you walk into the classroom,” he says, cautioning that even an expert can’t simply “wing it” when it comes to lecturing. “You over-prepare. Because if you succeed, they all get interested and they’re like, ‘What about this? What about that?’ And they want to go further. You need to be ready for that.” 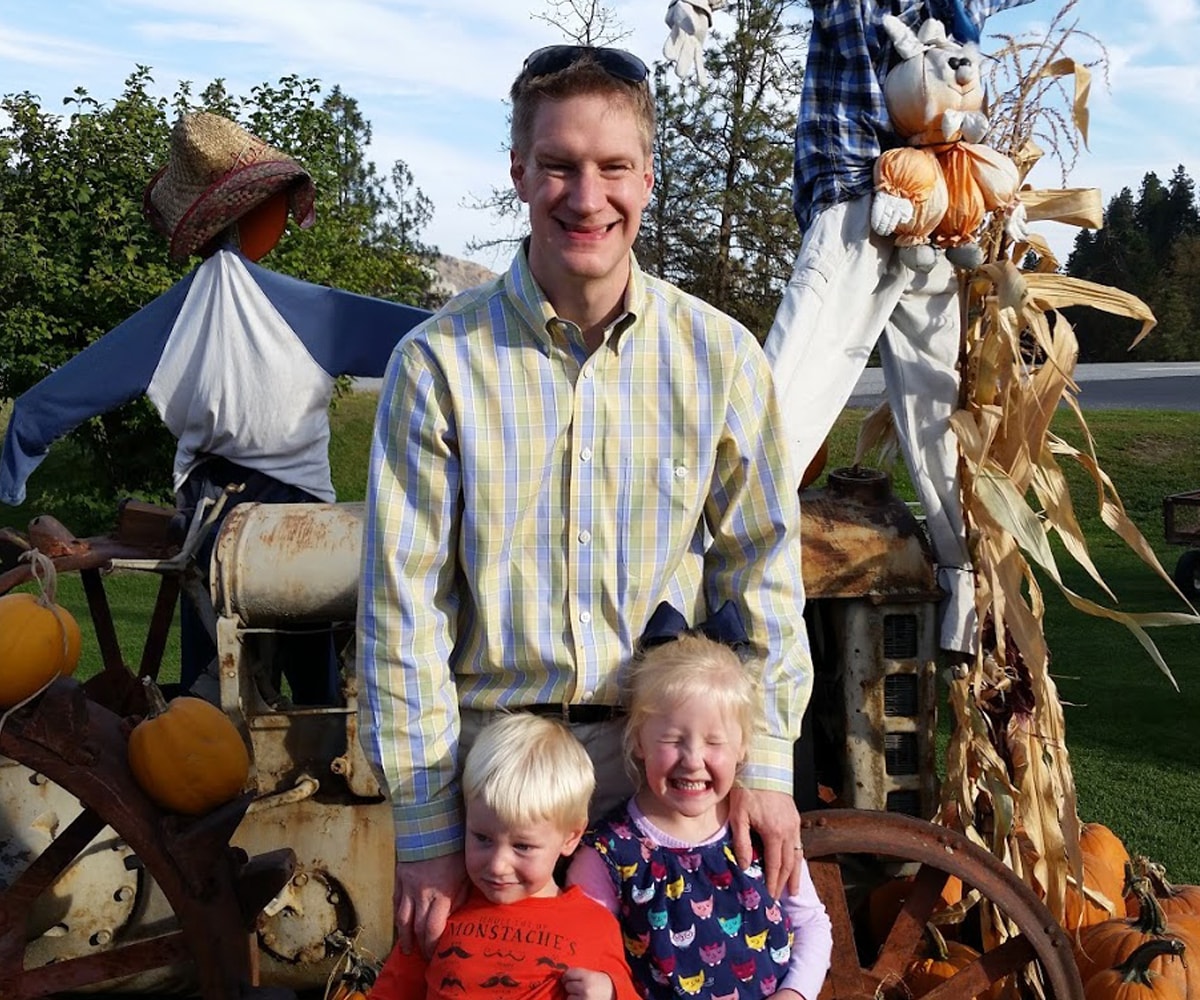 Dedication, diligence, and the demands of his new job aside, he still finds time to enjoy life. Nowadays, that leans more toward hiking, skiing, and reading with his wife and two young kids. Not unlike many of his students, he also finds time to play games, albeit mostly offline.

“I do a lot less digital gaming and sports than previously,” Mohrmann says, identifying himself as an avid soccer player. “[Today I’m] leaning more toward something with face-to-face engagement of other people — games that fit on tables and playing sports instead of watching them.”

That said, don’t underestimate his digital skills. He was, at one point, among the top 1,000 StarCraft players in the world, as well as a member of the winning team in a students-vs.-faculty Counterstrike LAN match in 2005.

“I figured they would be really excited to beat us,” he remembers, “but they were really excited to lose to us too! They would come in and tell me, ‘Oh, that time you headshotted me was so awesome!’ I was like, ‘Really? You’re excited about getting killed?’ But I guess it’s kind of cool to get killed by your professor in a video game. That’s kind of fun. It’s different, right?”