With Halloween just days away, you might be itching to get into the spirit of the season with something appropriately spooky, macabre, or … filled to the brim with over-the-top gory action. Thankfully, that itch has been generously scratched thanks to the recent release of Back 4 Blood, a highly anticipated cooperative shooter from Turtle Rock Studios that was developed with the help of two DigiPen graduates.

Set in the aftermath of a catastrophic outbreak that has turned large swaths of the population into ferocious zombies, players in Back 4 Blood take on the role of the Cleaners, a group of survivors committed to reclaiming the planet for humanity. Players team up in squads of four to complete a series of challenging missions while shooting through untold waves of infected creatures known as the Ridden.

If the premise sounds familiar, that’s probably because the game was developed by the same studio that created Left 4 Dead, the groundbreaking multiplayer zombie shooter that took the world by storm back in 2008. Turtle Rock developers Lucy Ainsworth (2009, BS in Computer Science in Real-Time Interactive Simulation) and Jonathan Hurtado (2010, MS in Computer Science), who were both students at DigiPen when the original Left 4 Dead game launched more than a decade ago, experienced the hype first-hand.

“We had an apartment with about four or five of us in it, and I distinctly remember Left 4 Dead LAN parties. There was this one time where we were all in the airport level and there was a ‘Tank’ that would spawn in there, so we were all trying to hole up in this closet with shotguns while the Tank was coming in,” Ainsworth says. “Those memories and those good times were part of the reason I was so excited to work on this project.”

Pitched as a spiritual successor to Left 4 Dead, Back 4 Blood takes the original premise and ups the ante with a larger cast of characters, new weaponry, and an innovative gameplay-modifying card system that pits players in an ongoing meta battle against the Game Director.

Unlike many game developers who can point to specific in-game features as evidence of their handiwork, for Ainsworth and Hurtado, their contributions on Back 4 Blood were a bit more behind the scenes. That’s because both of them work on tools — Hurtado as a tools engineer and Ainsworth as the tools and tech art lead for Turtle Rock Studios.

In the case of Back 4 Blood, which was developed in the Unreal Engine 4, that typically meant building specialized functions or standalone applications to handle tasks and features not already included within Epic Games’ proprietary software package. For Hurtado, who joined the Turtle Rock team in September 2020, one of his proudest contributions was an application that improved the back-and-forth transfer of art assets between Maya and Unreal — saving loads of time for the Turtle Rock artists in the process.

“Sometimes you’re just creating something from scratch, like it just doesn’t exist. So part of your task is to figure out, ‘OK, how do I get these two applications talking to each other?’” Hurtado says.

For Ainsworth, who joined the team as a senior tools engineer in February 2019 before being promoted to a lead role, working on Back 4 Blood marked her first experience working in Unreal Engine.

“One of the things that I love building is lots of small, individual tools that hopefully solve very targeted problems,” Ainsworth says. “One issue that we had in the engine was trying to understand where memory was going, because when you have a lot of maps and very little time, being able to pinpoint and target very specific assets to understand where that memory is being spent is key to getting all those maps under a certain memory budget.”

As such, Ainsworth programmed a new application to do just that, as well as generate reports with a clear breakdown of memory usage by various art assets — such as creatures, skyboxes, or environmental objects — in a given Unreal Engine map.

“Once we had that understanding of where the memory was going, we basically gave a budget to every department,” Ainsworth says. “And if we decided that maybe one department should take a little bit more than another one, we could easily make that change in the tool and then load up the exact same memory report and see how those changes actually reflected where the memory was going.” 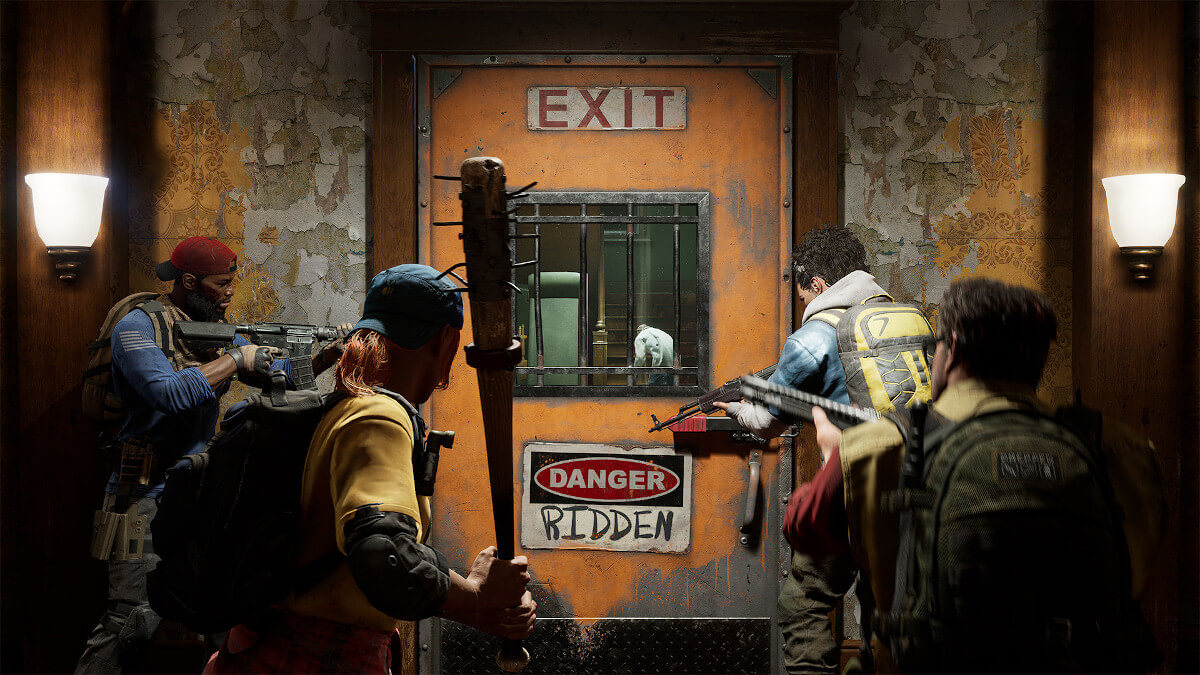 While building a modern AAA game is no easy task to begin with, the Turtle Rock team faced the additional challenge of launching the game simultaneously on seven distinct platforms — including PC, as well as multiple PlayStation and Xbox consoles.

“The one thing we didn’t want to do with this project was have everyone on a PC, no one playing console,” Ainsworth says.

Once again, anticipating a future need, Ainsworth stepped up to the challenge with an innovative solution.

“One of the tools that I built was called Console Guru. It basically allowed all of our folks at home to be able to download and install builds to their various consoles, such that they could get a build up and running in 10 to 20 minutes using streaming,” she says. “That’s a tool that I’m really proud of, and it worked so well that even our studio president with his PS4 was able to use it and play a build.”

The biggest sense of satisfaction is when I get an unsolicited message from a team member saying, ‘Hey, man, that thing that you worked on is awesome!’

Prior to joining Turtle Rock Studios, both DigiPen graduates had already worked on some heavy-hitting titles. Not long after finishing his master’s thesis, Hurtado joined as a network programmer at Rockstar San Diego, where he helped implement several online features for Grand Theft Auto V. It was on that project that he inadvertently discovered his love for tools programming, when he built a custom application for decrypting data packets being sent from the game to Rockstar’s online servers. He later went on to work as a software engineer at Crystal Dynamics, where he programmed directly on three titles, including Rise of the Tomb Raider and Marvel’s Avengers. But it was his pet project at Rockstar San Diego that Hurtado brought up during his interview with Turtle Rock as the favorite thing he had worked on in his career.

“That helped me get the position at Turtle Rock, and now I’m just having a blast coming up with tools that have helped out the team,” he says. “The biggest sense of satisfaction is when I get an unsolicited message from a team member saying, ‘Hey, man, that thing that you worked on is awesome! It made my life so much easier.’”

After starting her career as a quality assurance tester, Ainsworth had the opportunity to transition into tools engineering while working on Destiny and Destiny 2 at Bungie. Not only did she excel at building customized tech solutions, she enjoyed the chance to support her fellow teammates in the process.

“At the end of the day, I love solving problems for people,” Ainsworth says. “Nothing brings me more joy than someone being blocked and having a problem, and being able to go in there and fix it for them.”