James Portnow wants to see the game industry grow up, and in more ways than one.

“We’re kind of at this inflection point,” Portnow says. “We have to move past this idea that we’re just making a pastime for children and accept the responsibility that comes with the fact that we are one of the biggest entertainment media in existence right now.”

For most of the past decade, Portnow has dedicated his career to that mission. At DigiPen Institute of Technology, he teaches undergraduate game design and master’s level game software production courses. But that’s only the beginning of what he does.

We have to move past this idea that we’re just making a pastime for children.”

After graduating from St. John’s College with an undergraduate degree in classics, Portnow says he almost bypassed the game industry altogether. It was only through his last-minute discovery of the Carnegie Mellon Technology Entertainment Center that he abandoned his previous decision to attend law school to pursue a Master’s in Entertainment Technology instead.

Since then, Portnow has applied his passion for games to a wide range of professional ventures: as a designer, as a consultant, as a writer, and as a teacher. 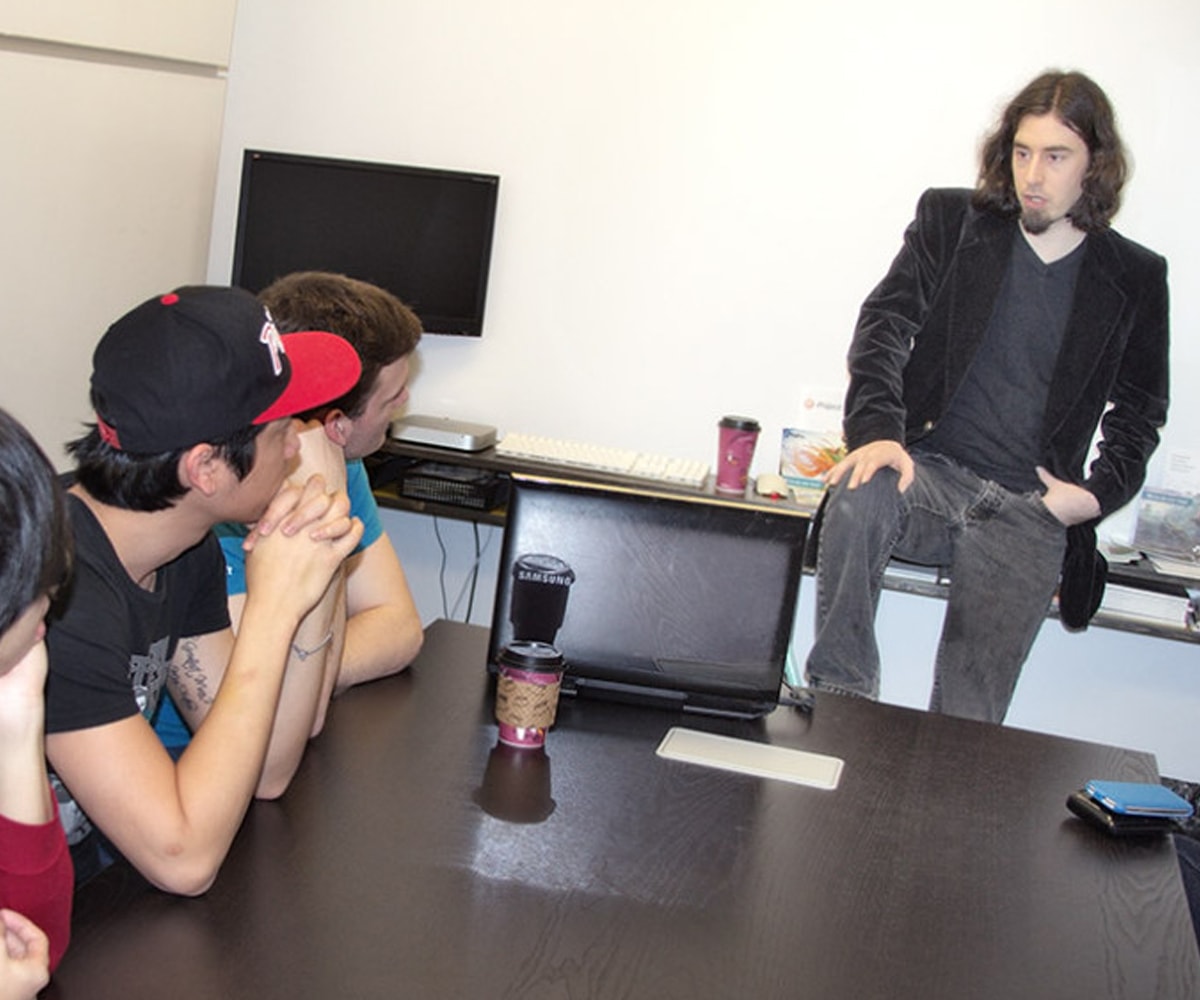 As a professional game designer, Portnow’s highest profile projects are two wildly popular but wildly different franchises: the Call of Duty series of first-person shooters, and the Facebook phenomenon FarmVille. He became involved with the former while working at publisher Activision, and with the latter through his consulting firm, Rainmaker Games.

Portnow says they both proved valuable and interesting in terms of the moral questions and challenges posed.

“At the time, the Call of Duty series wasn’t the giant that it is today. No one knew what it would become,” Portnow says. “But even then, there was more that we could explore. There were questions of, ‘What makes a just war? What ever justifies killing on that scale?’”

For FarmVille, developer Zynga had hired Portnow to incorporate narrative elements into their game as a means of providing greater context for its click-based building and harvesting.

“I agreed because it was interesting, the idea of doing narrative for 120 million people,” Portnow says. “If you can reach one-percent of those people, make their lives a little bit better, that’s a million people!”

For much the same reasons, he also felt intensely cautious. For a game with such a massive audience, built largely around the appeal of escaping from the pressures and demands of everyday life, game design begins to walk a fine line between providing fun and manipulating behavior.

“If I had further driven those people to retreat from life or to feel sort of the crushing weight of the life they had to deal with, there’s also the opportunity for great harm,” Portnow says. “When you’re dealing with things of that scale, we need to have a level of responsibility that we currently don’t often exercise in games.”

In the public sphere, Portnow is perhaps best known as the writer of Extra Credits, a weekly web series that explores a wide spectrum of both fun and serious topics in games. The series is now in its sixth season.

For Portnow, who has written for such game industry publications as Gamasutra and EDGE Magazine, it’s an opportunity to communicate more directly with the consumer side of the culture.

“Nobody’s going to let me make better games if the consumer doesn’t demand better games,” Portnow says. “So we really have to have a little bit of consumer education.”

One particular episode, which debuted in May 2012, struck such a nerve in the viewing community it caused industry giant Microsoft to convene a special meeting and catapulted Portnow into the international spotlight.

The topic was harassment and bullying, and the timing for the release of the episode was partially a response to a viral video from a fighting game tournament known as Cross Assault. Throughout the event, one of the female competitors was repeatedly teased and harassed by her male coach, who at one point went on record to defend sexual harassment as an integral part of the fighting game culture. The video served as a catalyst. Game bloggers and journalists began talking more seriously and irately about rampant harassment, primarily against women, in the gaming community.

For the Extra Credits episode, Portnow says his intent was not only to spread awareness but to posit tangible solutions. The episode also encouraged viewers to write and petition Microsoft to improve its Xbox Live online gaming service, and many viewers did just that.

“And that’s what opened the dialogue with Microsoft,” Portnow says. “Once Microsoft was talking to us, that’s sort of how it snowballed, and more and more people sort of saw us as one of the voices in this discussion.”

Portnow was interviewed for a front-page article in the New York Times, as well as for an episode of the Canadian investigative news show 16×9. He’s also spoken on bullying and harassment panels, such as one at the 2012 Penny Arcade Expo in Seattle.”Reporting for positive behavior … is something that we hadn’t done until very recently.”

Reporting for positive behavior … is something that we hadn’t done until very recently.”

In the months since he released the episode on harassment, Portnow says he’s seen a positive impact, with game developers outlining bold, preemptive ground rules for banning players who make derogatory and discriminatory remarks toward other players online. Also last year, Riot Games introduced a new Honor system to its team-based game League of Legends, which by many accounts appears have made a positive impact.

It’s just one of many indicators of an evolving and expanding industry. Games as we know them today, as well as our relationship to them, Portnow says, are undergoing a radical change.

Games, as a whole, can either fade into irrelevance … or we can really break new ground and expand the audience a great deal.”

Just as major game publishers are seeing a shrinking market share for their big-budget AAA titles, new distribution platforms and even funding models are making it possible for more people to make smaller-scale games for cheaper. While some corners of the industry stagnate, other segments are emerging to try and take the place of, or at least share the space with, the old guard.

“Games, as a whole, can either fade into irrelevance with more shooters and become that pastime that we talk about, be sort of what happened to TV in the ’80s and ’90s,” Portnow says, “or we can really break new ground and expand the audience a great deal, and expand what ideas we can address.”

In order for the latter to happen, younger developers need to start their careers at a higher level of design awareness than the previous generations. It’s a part of what makes game design education so important to the industry at large.

We’re going to deliver on romance and tragedy, on drama and on things that are other than fun.”

“I spent the first several years of my career … finding out on my own, discovering things that people had discovered 20, 30 times in this industry,” Portnow says. “And what’s important here is that we instead can inculcate both some of that knowledge and that way of thinking that I feel is necessary for a designer.”

It’s a good time to be getting into games, Portnow says, confessing he’s even a bit jealous of current DigiPen students for the new opportunities they will have as tomorrow’s game developers. Despite ongoing economic difficulties, he says developers are finding better ways to mitigate the financial risks that come with making games. And in terms of artistic rewards, he remains even more optimistic.

“We’re going to try out whole new genres and engage in whole new ways. We’re going to deliver on romance and tragedy, on drama and on things that are other than fun,” Portnow says. “And I think we’re going to see [games] take its place as a true universal mass medium.”