When it comes to making games, DigiPen student Kevin Sheehan adheres to a simple guideline: Keep it fun, and keep it simple.

“At school, I really stuck to the idea that if you’re going to make something good, you’re going to make it in about four hours,” Kevin says. “And then you spend the rest of the time making it pretty, making it stable, tweaking things here and there, and actually building the content for it. But if it’s taking more than four hours to get something fun, you can’t ship it in a year.”

Such is the story behind the student game Wingman, a four-player team-based shooter Kevin created and helped develop as part of his senior coursework for the B.A. in Game Design program.

“It’s two guys on a ship versus two guys on another ship, and they’re in sort of a ring. And the goal is just to shove the other guy off the side,” Kevin says.

To accomplish that task, each player on a team assumes the role of either shooting (to repel the opponent) or steering the ship. Before rounds, teams build their own custom vehicle based on a small selection of top- and bottom-level components.

There are jets of fire shooting up periodically. There are lasers cutting in. Parts of the arena fall out — all sorts of fun experiments that we worked on.”

The project began, Kevin says, as a simple prototype he developed over the course of one evening and brought to campus the following day. After giving an impromptu game design presentation to a visiting group of children, Kevin says he decided on a whim to let the students demo his prototype and offer feedback.

“I sat there and had them playing it, doing this fun exercise with them, and they were having a great time with it,” Kevin says. “So I just decided I was going to go ahead and build it as a sort of solo project and build it up to a decent proof of concept.” 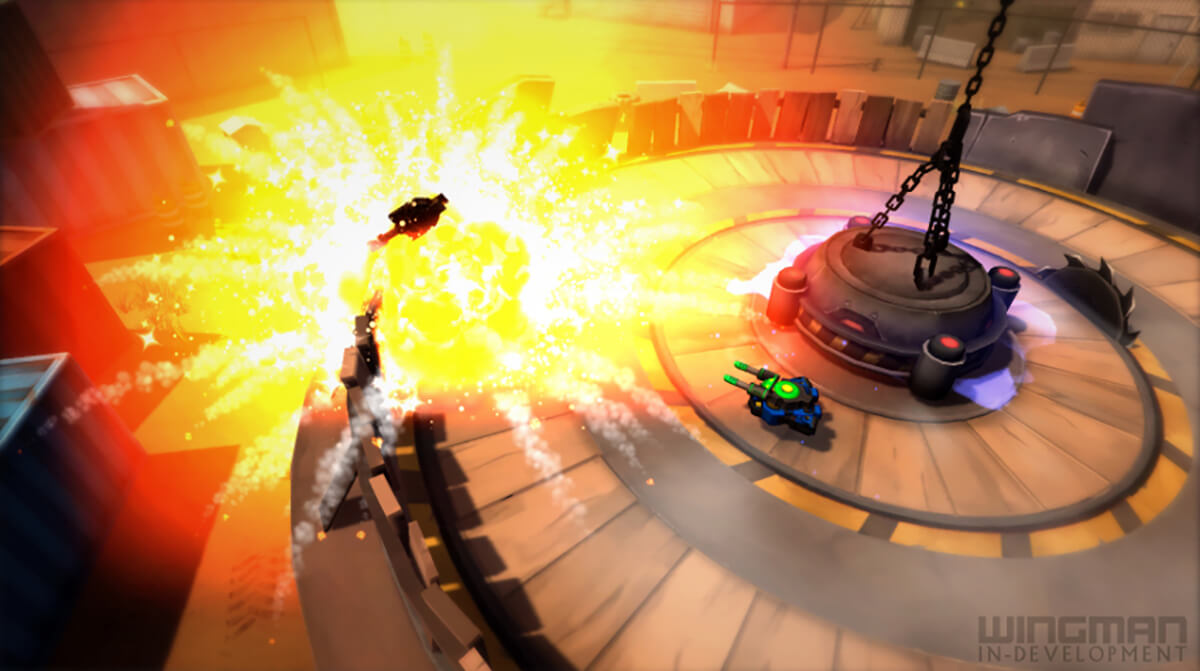 Two months later, he says, he decided to go one step further, bringing on fellow classmate Tre Fitzgerald to act as producer. Together, they recruited a full team of artists, all with the goal of bringing the game to a polished and professional level of quality.

It’s a passion that doesn’t die off, and it’s just something that you never get enough of.”

In addition to the stylized visuals, Kevin says the team has spent considerable time developing multiple battle arenas, each with a distinct theme and assortment of environmental hazards that accumulate over the course of a best-of-five match.

“There are jets of fire shooting up periodically. There are lasers cutting in. Parts of the arena fall out — all sorts of fun experiments that we worked on,” he says. “Every time you get a knockout on the other player, some new thing is added.”

For one particular level, he says, the fifth and final round culminates in a barrage of fireworks and confetti, with an electromagnet that drops down and pulls player ships toward the center.

“It’s actually really hard to get to this point where each player is down to one life, so we might as well just pull out all the stops,” Kevin says. 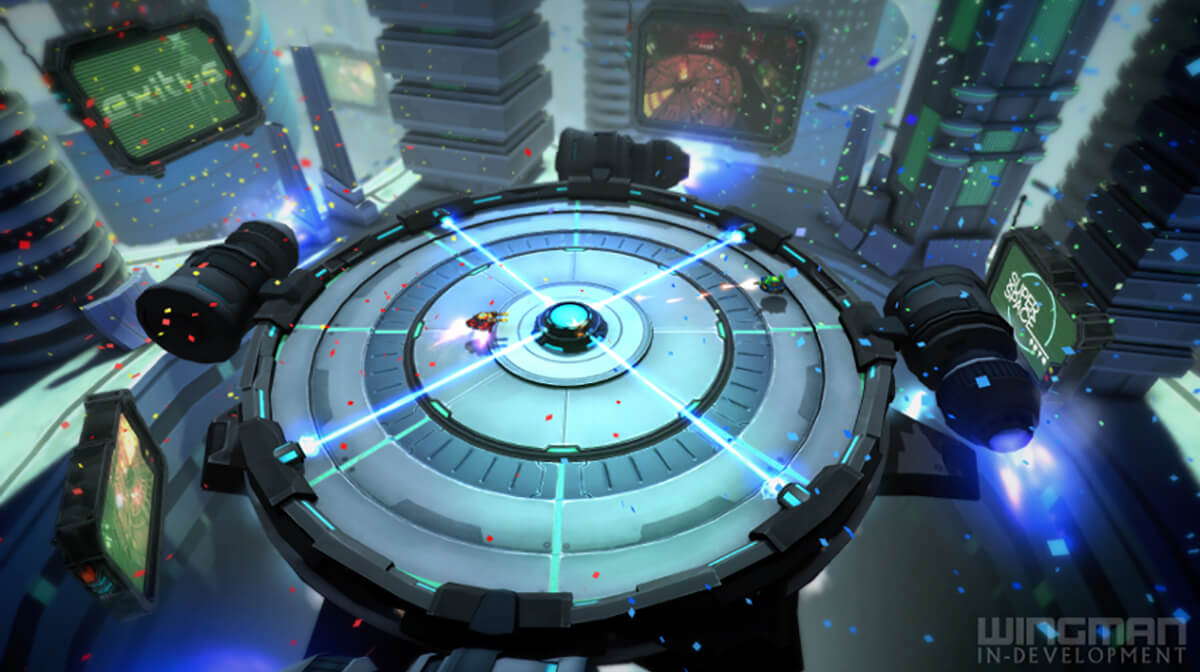 For now, despite the fact that several of the student developers graduated this past spring, team members continue to work on Wingman in their free time, meeting on campus at least once per week.

“It’s a passion that doesn’t die off, and it’s just something that you never get enough of,” Kevin says.

Wingman is one of 17 DigiPen student games that will be available to demo at PAX Prime, August 29 through September 1 at the Washington State Convention Center in Seattle. Attendees will be able to enter for prizes and meet some of the student developers who worked on the games.