It’s not easy creating an entire world. Just ask the talented game developers at ArenaNet, a studio with more than 40 DigiPen graduate employees, who on August 28 launched Guild Wars 2 to the delight of millions of fans.

In development for more than five years, the game includes an astounding number of art assets — including landscapes, villages, creatures, and characters. Guild Wars 2 also relies on a robust engine and programming base, responsible not only for powering and tying its various systems together but also for accommodating an immense number of players at a given time. In its preview weekend alone, open only to pre-launch purchasers, Guild Wars 2’s servers reportedly logged an incredible 400,000 concurrent users.

We talked with three DigiPen graduates at ArenaNet who had a hand in bringing this sprawling game world to life. They talked about how their educational experiences at DigiPen prepared them for their industry careers and what it’s like to take part in such a large and publicly anticipated project. Congratulations to everyone involved, and we’ll see you in Tyria! 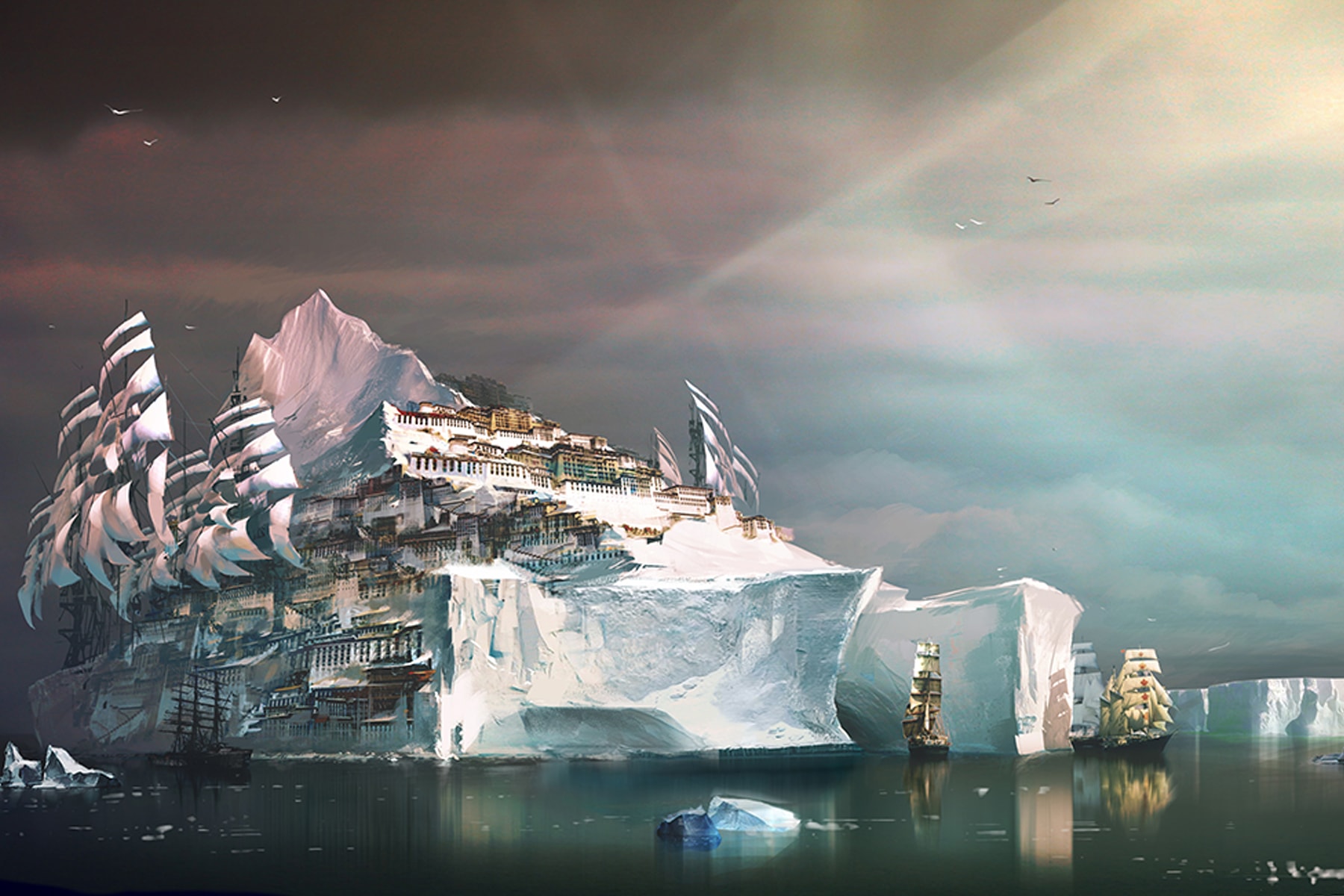 DigiPen graduate Habib Loew has a hard time not gushing about Guild Wars 2. After five years of working on a single project — a longer time period than his entire student career at DigiPen — Loew says he’s still “stupid excited” to play the game at launch. And the game world is large enough that there are parts of it he hasn’t even seen.

“It’s just a massive undertaking,” Loew says. “The scope of the world kind of blows my mind.”

As a gameplay programmer, Loew works on one of several cross-disciplinary teams comprising both programmers and game designers. Put simply, the designers approach Loew with lofty, pie-in-the-sky ideas for the game; Loew tries to make those ideas functional.

The scope of the world kind of blows my mind.”

“The way that it usually goes at the start of a new project is sort of the programmer equivalent of, ‘See that hill? Take that hill!’ There’s not a lot of direction,” Loew says. “It’s really sort of taking my technical skills and pushing them to the edge, and being comfortable in that space where I’m right at the edge of what I know how to do.”

Loew spent a large chunk of the game’s development cycle as the self-described “non-combat interaction guy,” working on such game mechanics as vendors, conversation systems, and player inventory. Most recently, however, Loew was one of the primary programmers for the game’s ambitious “world vs. world” mode, a feature that pits entire servers of players against each another in large-scale player-versus-player combat. 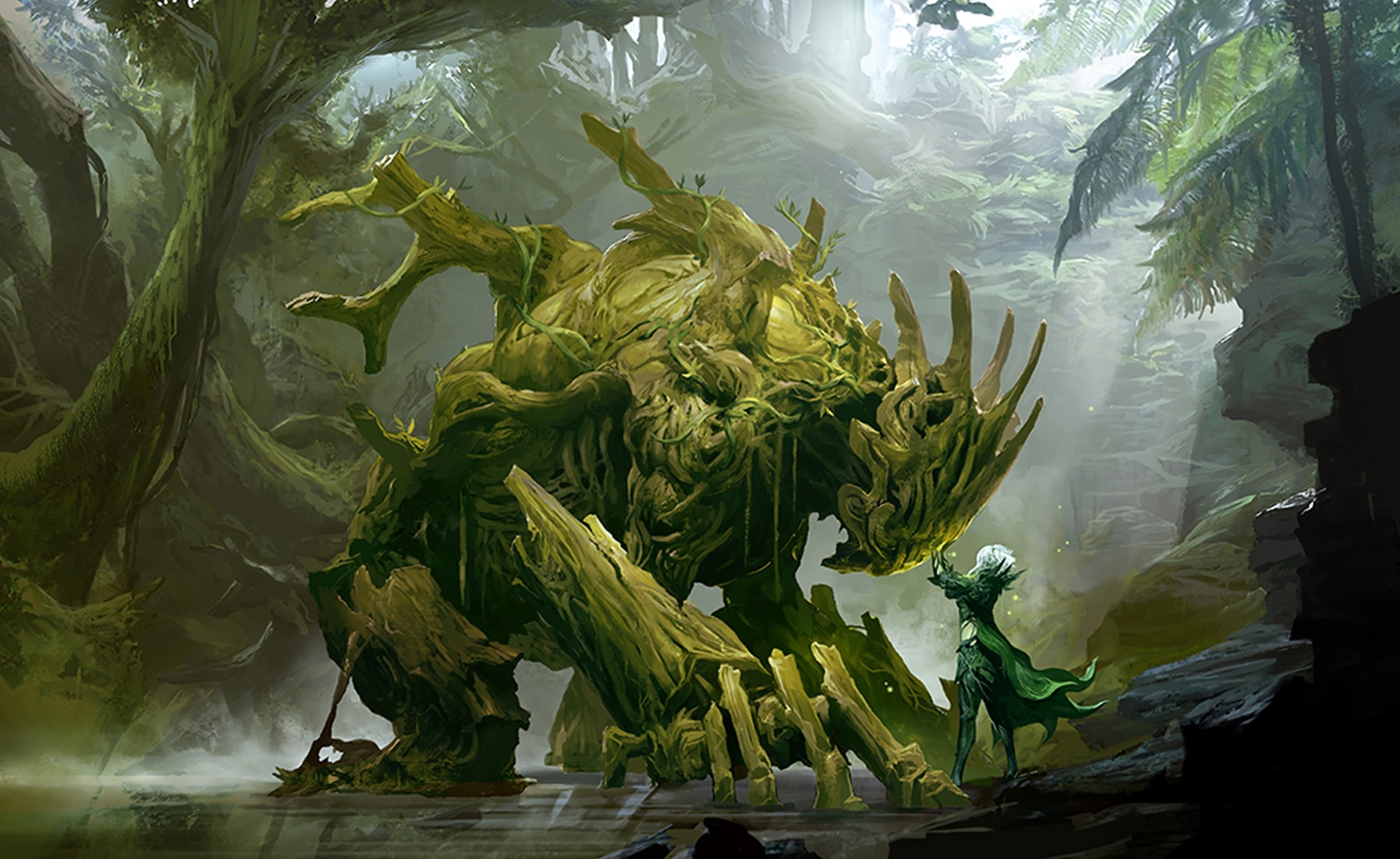 “Essentially, they’re fighting over keeps and towers, resource camps, and one big castle that’s in the center,” Loew says. “There’s this moment when you’re standing there on the wall of a keep, and you see this giant flaming trebuchet shot coming in from the distance. Like, ‘Holy crap! Where did that come from? We have to send a team out there to take that thing out before the walls come down!’ That’s an amazing moment.”

While Loew’s programming knowledge has continued to grow in the five years since he graduated from DigiPen in 2007 as his class’ valedictorian, he says the academic fundamentals he learned in school are still useful to this day. Linear algebra comes up surprisingly often in his work, Loew says, and he believes the student game projects truly replicate the structure and experience of working on an industry title.

Loew has another interesting way of describing DigiPen.

When it came time for me to be able to work professionally, I was ready to start working on day one.”

“I feel like DigiPen was huge for that. I went and I punched wood for four years. And then when it came time for me to be able to work professionally, I was ready to start working on day one.” 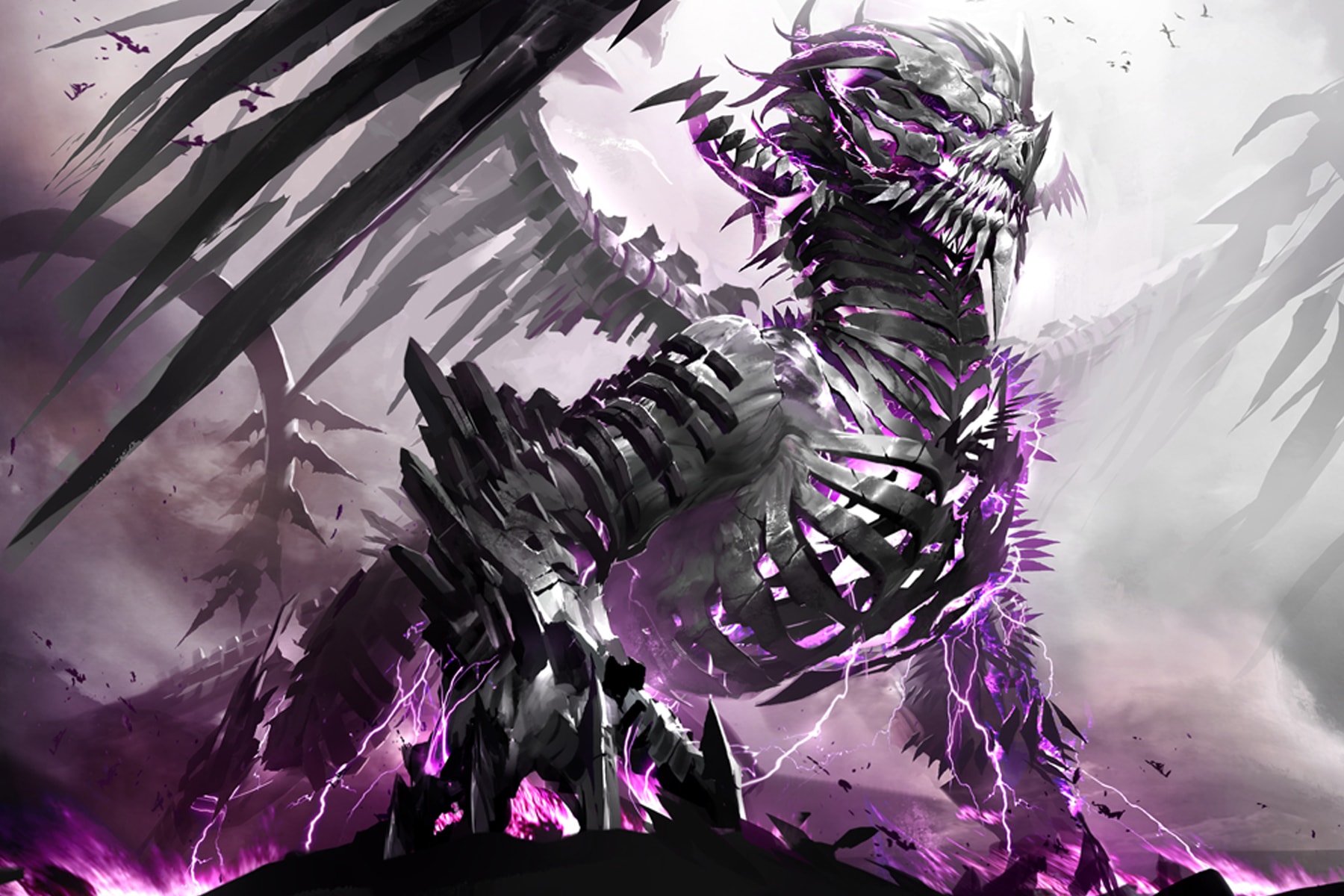 For Ben Freedman, working on Guild Wars 2 was a true leveling up experience. Since joining ArenaNet as an animation intern in 2008, the same year he graduated from DigiPen’s BFA program, Freedman has progressed through the ranks, so to speak, moving up from such odd jobs as character rigging and cinematic polish work to animating ambient creatures, large fantastical monsters, and more.

“As I strove to be better and better, they would give me more difficult work to sort of see how far I could take it,” Freedman says. “And eventually I worked my way up to doing player animations.”

Even when animating creatures and character types that don’t exist in the real world, Freedman says the principles of locomotion remain relevant and important to the animation process. Each creature drawn up by a concept artist — no matter how imaginative — tends to resemble one or more type of animal from the fossil record. And while referencing videos and other materials is an important part of an animator’s job, Freedman says it takes more than just straight copying to make something well animated. Animations that look good in Maya might not end up looking or feeling as appropriate in the context of a playing experience.

It’s really satisfying to see your work used in interesting ways that you might not have anticipated.”

Whereas the most satisfying aspect of Freedman’s job tends to occur about 60- to 80-percent of the way into a project — when the fundamental pieces for an animation come together, he says it’s the final polish work that remains the most challenging and time consuming. Freedman says it’s also what animation students tend to struggle with the most.

“Definitely the functionality prototyping phase … is the most rewarding part, because you know long before you start polish whether it’s working or not,” Freedman says. “Getting everything up to a level of polish that’s seamless – that’s really difficult.”

Since the Guild Wars 2 launch, Freedman says he’s enjoyed seeing how the game’s content designers have placed his creature work within the sprawling game world.

“It’s really satisfying to see your work used in interesting ways that you might not have anticipated,” Freedman says. “You might be surprised to see that insect that was originally supposed to be in a dark room is all over the place.”

Freedman also mentions a more primitive form of satisfaction he gets from playing the game: watching as his years’ worth of professional handiwork gets obliterated on screen.

“It’s hilarious going in the game and just being a fly on the wall, and wandering around and grouping up with random people to kill the things you’ve created,” Freedman says. “It’s also hilarious when people get destroyed by the things you created. I’m not sure if that’s better, but it’s something different and enjoyable.” 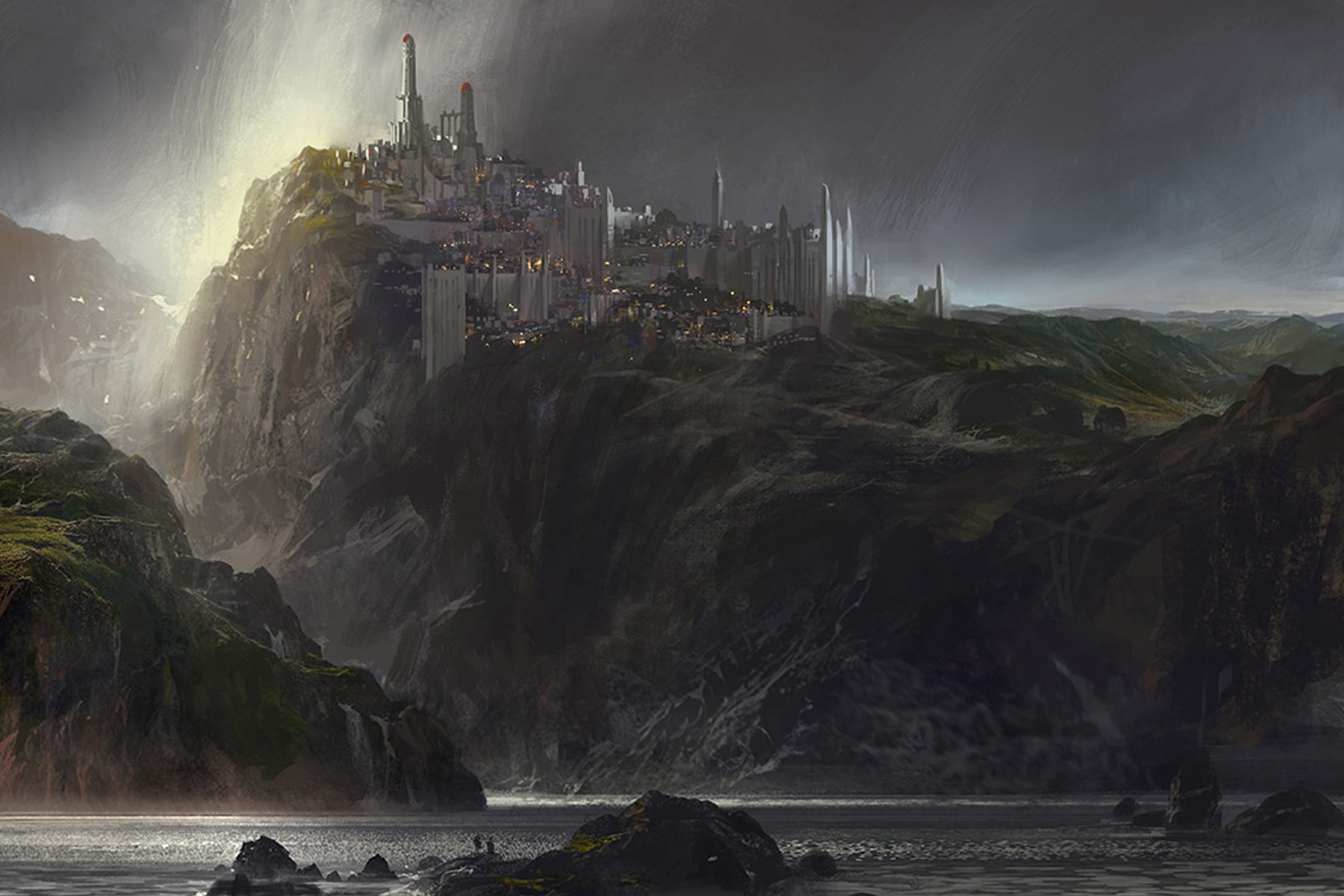 At the heart of every modern game lies the engine – the foundational code that brings together all of the game’s components into a cohesive package. Though it’s largely invisible to players, every artist, programmer, and designer on a given project will eventually work with it. The engine can be the difference between a game that is playable and one that isn’t.

Chad Taylor doesn’t take that responsibility lightly. As the Lead Engine Programmer at ArenaNet, Taylor oversees a team of 13 programmers who create the core technology behind Guild Wars 2 – both the code that ensures the game is functional for players, and the tools that other ArenaNet developers use to create new experiences for players.

The engine can be the difference between a game that is playable and one that isn’t.

While most people in his role usually start in another position within a game company and transition to engine programming later, Taylor was hired as an engine programmer directly out of DigiPen. “I graduated in 2007, and I came on board the Engine team right away,” Taylor says. “In fact, I graduated on a Friday, had the graduation ceremony on Saturday, and started work on Monday!”

As a graphics specialist, Taylor went to work on the game’s rendering pipeline, special effects systems, and art pipelines – in other words, helping artists fit their work into a playable version of the game. Instead of just working on Guild Wars 2, he and his team are producing tools that ArenaNet will likely continue to develop and use for years after the game ships. “We’re not exactly a game team,” Taylor says. “We’re more like this resource that the company uses, and although we’ve been working on Guild Wars 2 for five years, that doesn’t necessarily mean we’ve been sitting there staring at Guild Wars 2 the whole time. Our product is technology.” 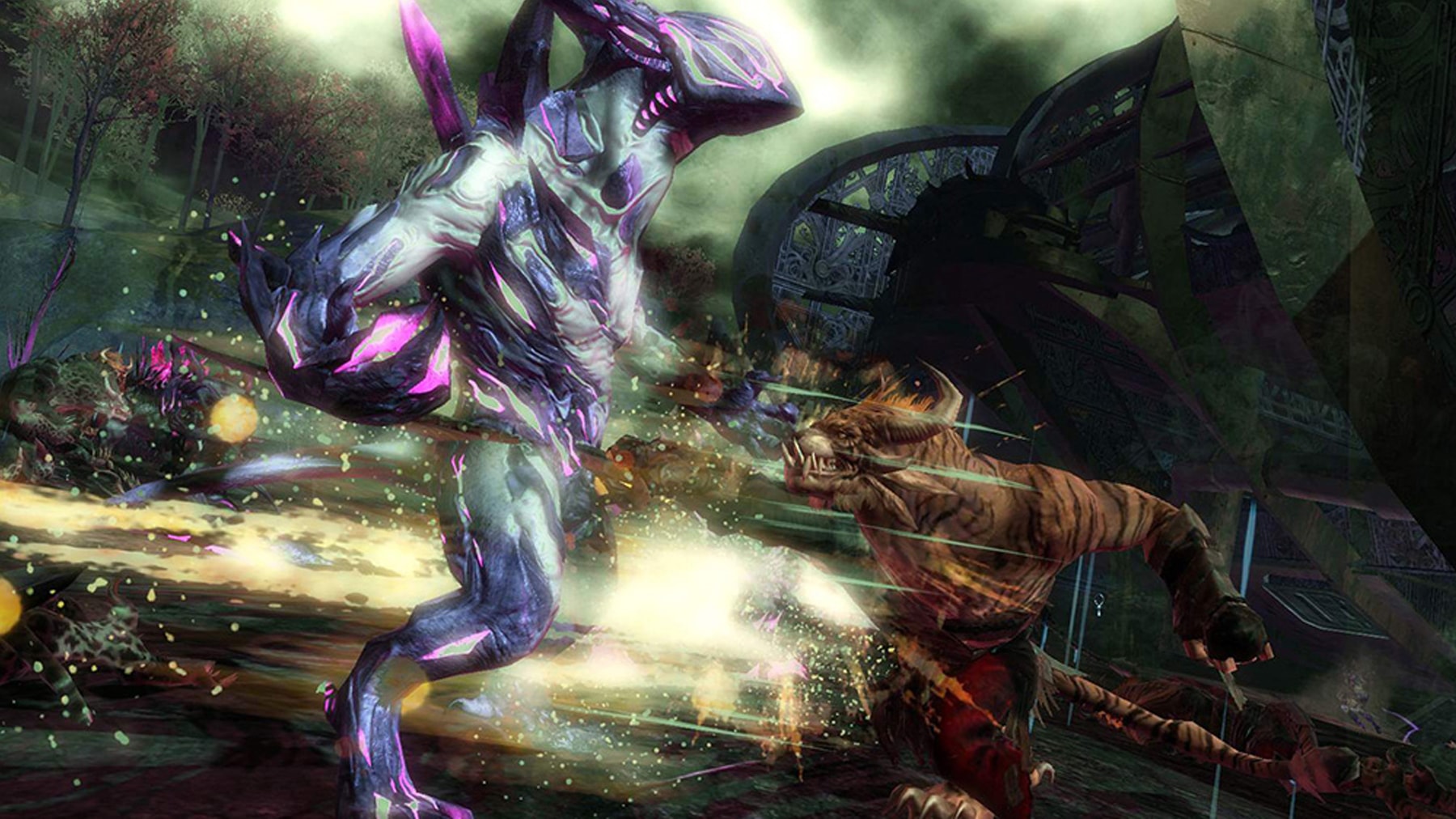 That means that Taylor’s team is working on a more long-term schedule than the rest of the studio. “We took the [Guild Wars 1] engine, and we’ve just been evolving it, and we’re going to do the same thing going forward – evolve it in new directions,” Taylor says. “So if you think about it, Guild Wars 2 shipped, but my product hasn’t shipped. It’s never complete, it’s always just going to continue to go, so even if we do another three, four MMOs, we’ll still be working on this engine.” 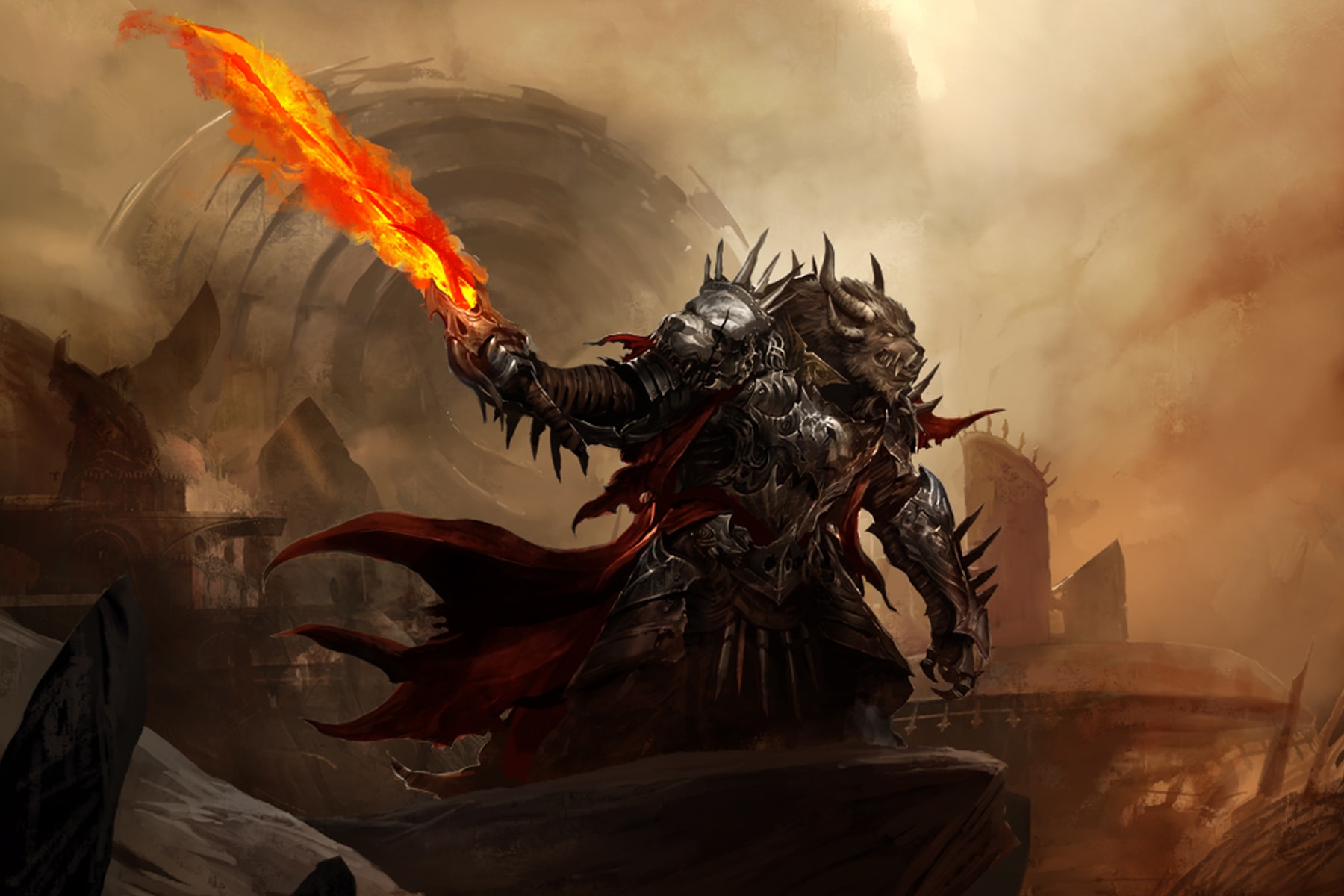