Rob Simpson and Sarah Hedges share a couple of things in common. They’re both 2018 graduates of DigiPen’s BFA in Digital Art and Animation program, and they both work at Sucker Punch Productions, a Sony first-party development studio based in Bellevue, Washington.

Together, they comprise two of 22 DigiPen graduates who landed their names in credits of Ghost of Tsushima, an open-world samurai adventure set in feudal Japan during a Mongol invasion. It’s a game that, since its July 17 release, has been hailed as a stunning swan song for the PlayStation 4. As a junior lighting artist, Simpson helped illuminate the game’s gorgeous landscapes and interior environments. Hedges, meanwhile, worked as a character rigger for many of the game’s animated human characters.

We asked both alumni about what brought them to Sucker Punch and what it was like bringing Tsushima Island to life. Here’s what they had to say. 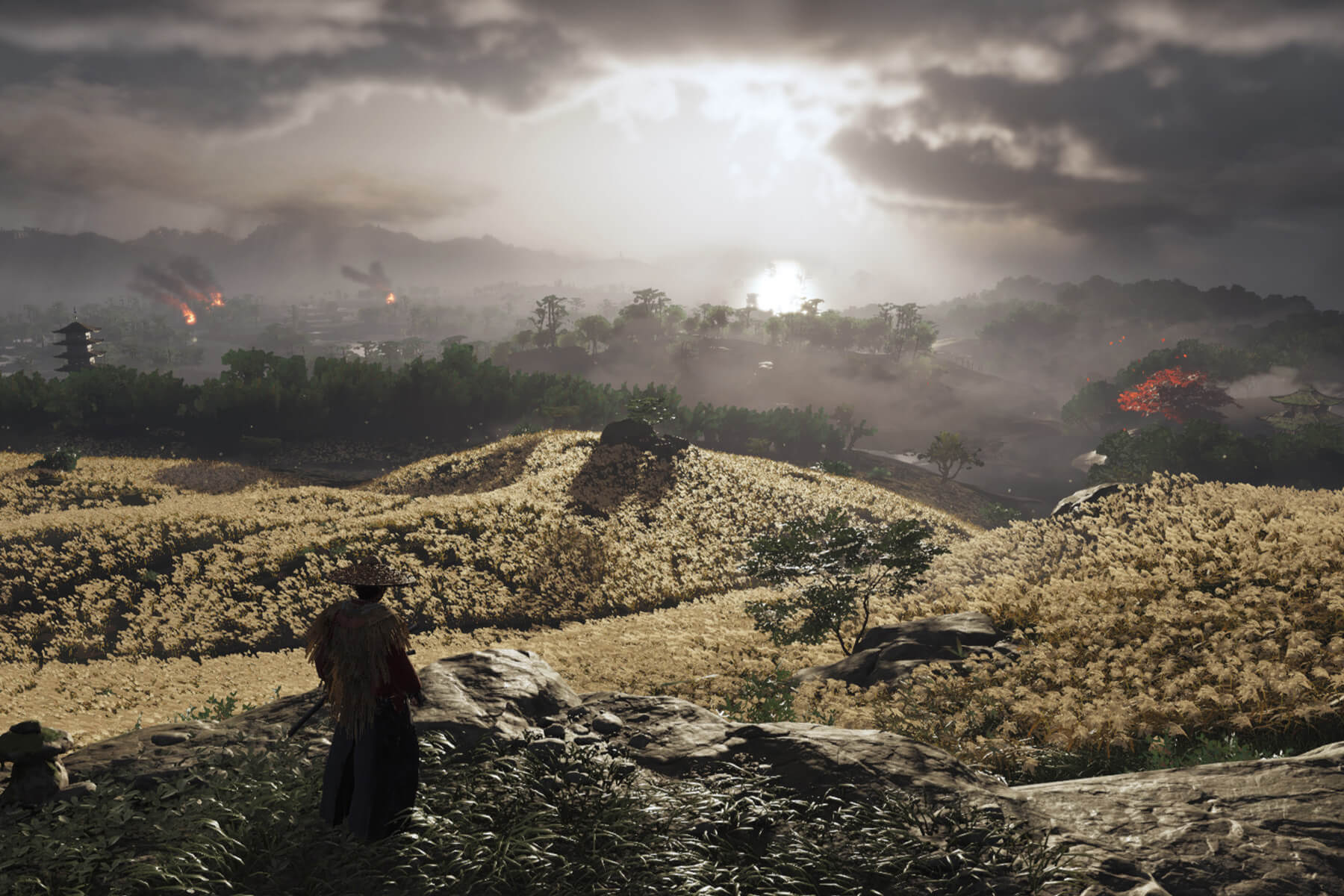 Q: How did you both end up at Sucker Punch Productions? What was your path from DigiPen to working on Ghost of Tsushima?

Rob: Shortly after graduating from DigiPen in 2018, I interned at Camouflaj where I did environment modeling for Marvel’s Iron Man VR. Later in 2019, I applied to Sucker Punch’s open position on the lighting team to work on Ghost of Tsushima.

Sarah: My path was fairly direct. After graduating in 2018, I took some time to polish my portfolio, including beefing it up with a few personal rigging projects. In September of that year I went to Sucker Punch’s company day at DigiPen and met with their recruiter at the time. They needed people on the character tech art team, and I was a good fit.

Q: Rob, can you explain the role of a lighting artist on a video game production? What sorts of skills and experience are typically required?

Rob: A lighting artist is responsible for lighting environments, cutscenes, working with art direction and other departments to deliver a visually compelling experience that fits within our technical limitations. Lighting plays such an important role in defining the final look and feel of a game, as well as serving as an important element in game design.

Light and shadow are often used to guide the player’s focus, convey a mood, or support an important narrative beat. Typical skills and experience for a lighting artist usually consist of a strong understanding of physically based rendering, deferred lighting, real-time rendering, lightmaps, and baked lighting — as well as a highly developed eye for color, composition, and detail. Experience in traditional art, like painting and photography, is really valuable to a lighting artist.

Q: What do you enjoy about being a lighting artist?

Rob: I was told by an instructor once that, fundamentally, artists are creative problem solvers. Being able to combine technical tools with our artistic vision to solve problems brings me a lot of satisfaction and joy. An example could be trying to create a visually pleasing space that wows the player, while optimizing performance for runtime.

Q: What’s it like having to apply lighting to such a huge, open-world environment as in Ghost of Tsushima? How did the scale of this game compare to what you had worked on before?

Rob: Ghost of Tsushima is the largest game Sucker Punch has made yet, and larger than anything I’ve worked on in the past. It felt exhilarating and sometimes overwhelming to be contributing to a game of this size. Thankfully, we had great tools, organization, and teamwork to light the game.

Q: Sarah, can you explain your role as a character rigger? How does your job fit into the larger framework of 3D animation?

Sarah: The majority of what I do day to day is skinning (binding the skin to a character so it responds correctly when the skeleton, or “rig,” is animated) and cloth simulation set up. It is much more streamlined than being on a small game team where everything is done by hand on every character. We work closely with the animation team once we have a completed character to fix issues that are unique to each character and bring the rig up to a polish. The animators see a lot more of the characters in action than I do on a daily basis, so communication is key to getting those little troublesome skinning deformations fixed.

Q: As a BFA student, you studied several stages of the 3D art and animation pipeline. How did you gravitate toward character rigging?

Sarah: I started out certain I was going to be an animator. I loved bringing characters to life. As I followed that path deeper, I realized that a lot of the rigs we were using didn’t quite cut it. I wanted more functionality. I built my first rig junior year with an auto-rigger, and I just hated it. I didn’t understand how it worked or how to fix it when it broke, so I started learning how to work with it. That same semester I took a technical art class by Natalie Burke, and I realized I loved the technical aspects of 3D art. The power you have when you understand even the basics of Python and visual scripting is astounding. I believe I took rigging the following semester, and though I still love animation, I knew I could excel at it. It also scratched the math-loving, problem-solving itch that animation didn’t quite hit.

Q: Can you describe what sorts of characters you worked on in Ghost of Tsushima? What were some of the biggest challenges you faced?

Sarah: My main focus was on the melee-wielding Mongols and on the male pedestrian models. I worked almost exclusively on human characters and got to know our character models very well. The Mongols with many cloth layers were always a challenge. Getting many layers of cloth to look natural and keep them from clipping through each other was neither a quick nor easy task. A runner up would be the long open sleeves on the monks. It was very difficult to make them look smooth and fluid rather than bunching up in a crunchy mess at the elbow. 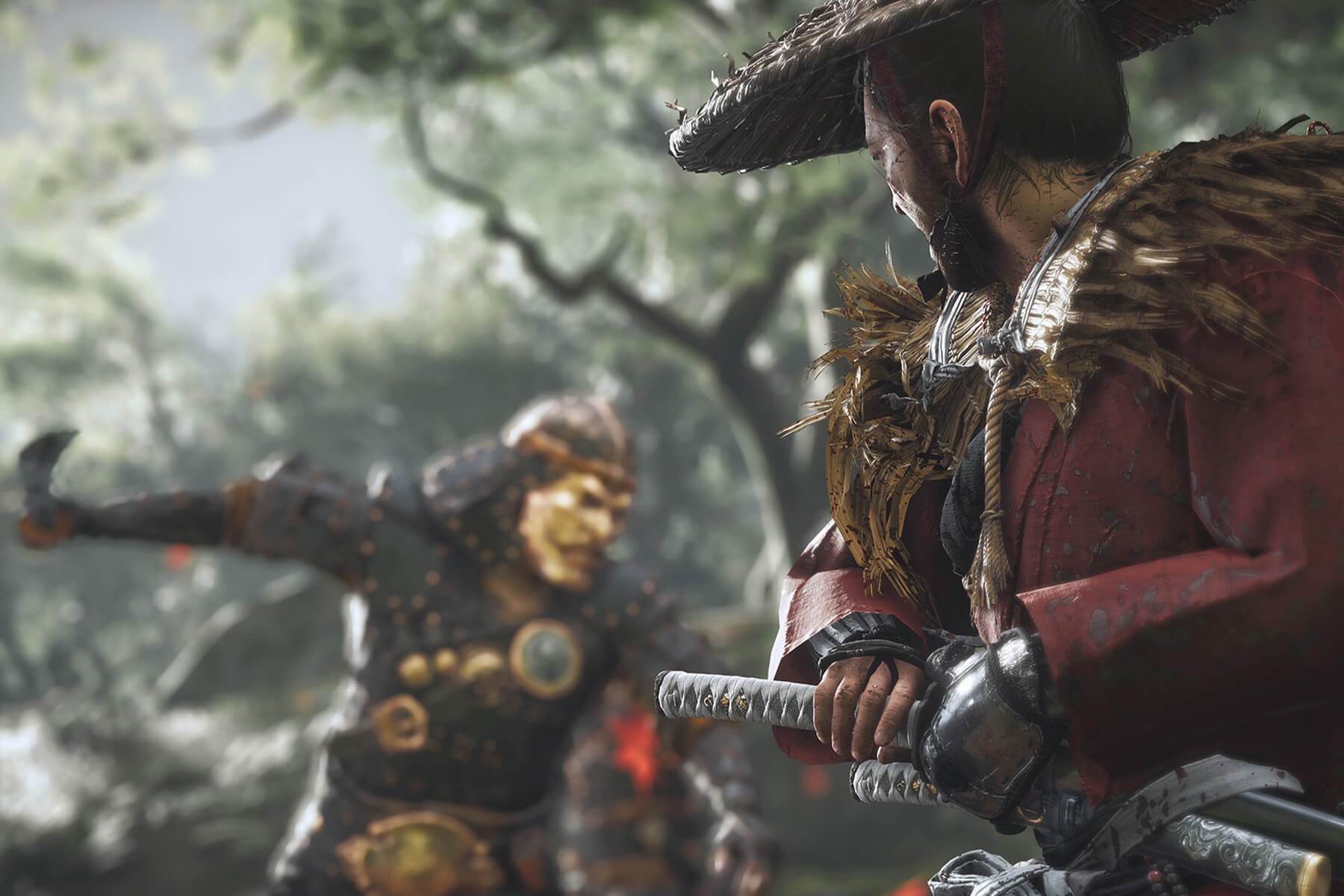 Q: For both of you, what has it been like working at Sucker Punch Productions? What does a typical day look like for you?

Rob: Working at Sucker Punch is great. I feel so lucky to work with some of the kindest and most talented people I’ve had the pleasure of meeting. My typical workday has changed a little bit since our studio has switched to working from home — a lot more emails and virtual meetings. One of my core responsibilities is managing and maintaining our ambient light probe system. A typical day for me consists of searching and resolving any potential bugs in regards to the light probes, as well as placing light sources and fill lights to areas that need lighting support, usually working and communicating with design and environment art.

Sarah: I really love working at Sucker Punch. The environment really fosters growth and creativity while remaining true to our common goal, and it was not this way by accident. The people here are truly stellar. Working from home hasn’t affected my day-to-day work, for the most part. The results we are looking for in a good rig are well laid out and solid, so most of my time is spent in Maya working on bringing any given asset up to that polished level. In the midst of trying to fix a single issue with a rig, I often find multiple small problems that I fix with the original issue, so I am always on the lookout for those regardless of what is on my current task list.

Q: What were some of the biggest takeaways from your time at DigiPen? How did the BFA program prepare you for what you’ve gone on to do in your career so far?

Rob: The biggest takeaway from DigiPen for me has to be the importance of collaboration. DigiPen’s emphasis on team projects had me surrounded by people who challenged me and inspired me. Making a video game is a massive collaborative undertaking, and understanding how to work with others to solve problems is what I do in my career every day.

Sarah: Having a cohesive goal and a bright North Star to guide a project, combined with realistic scope, is vital to its success. You don’t have to burn yourself out to make good art. It is more important to take care of yourself than to make your art perfect. The CS 115, technical art, and rigging courses all specifically guided the formation of my skills into a set that was useful to the basic understanding of what a professional rigger does and how to approach rigging and scripting problems on a foundational level. To quote [senior lecturer] Alain Schneuwly: “The real learning does not begin at school; it begins on your first day of work.” 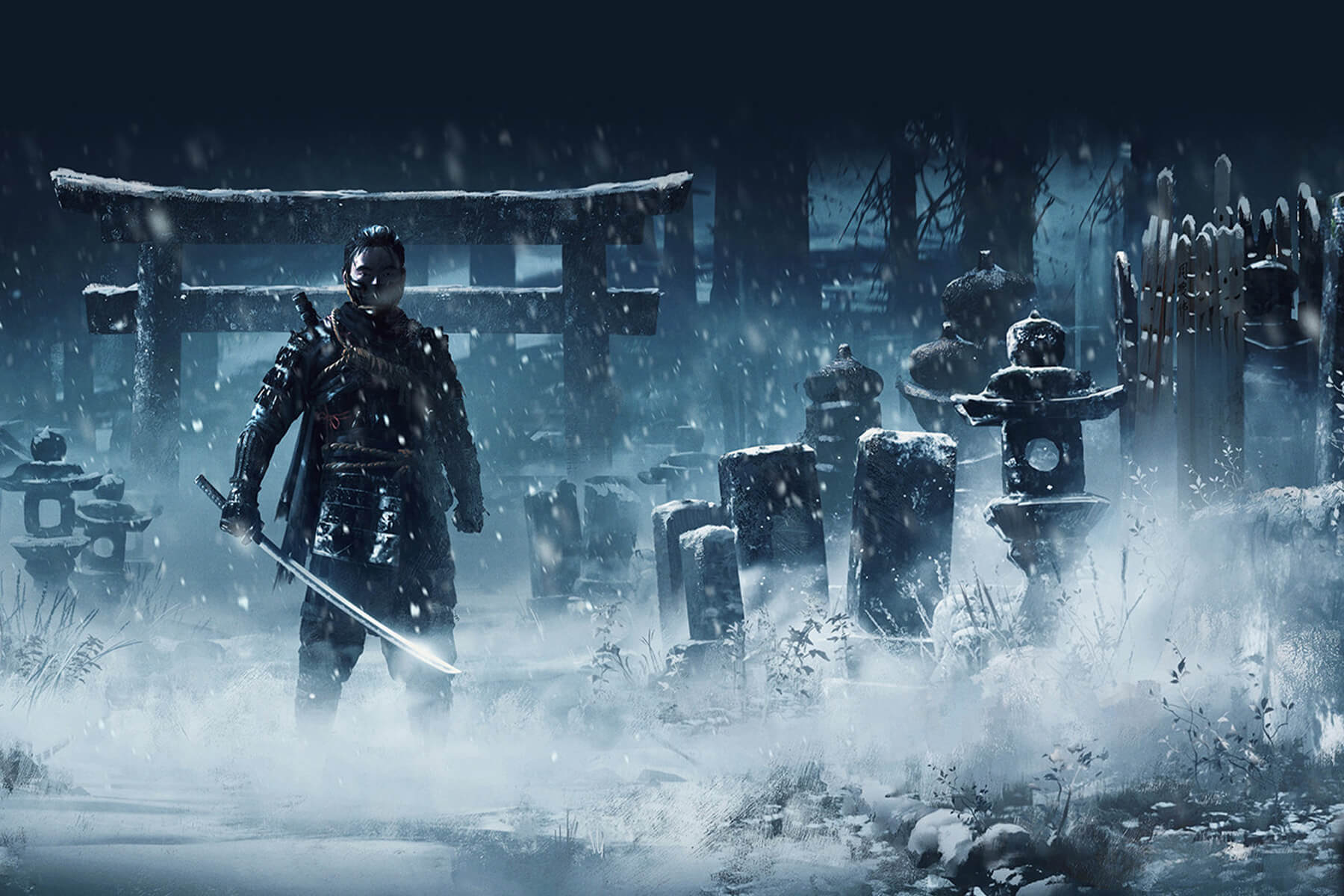 Q: How does it feel now that Ghost of Tsushima is out and receiving so much critical acclaim?

Rob: I feel immense gratitude and surprise by the warm reception. The rush of seeing fans react on YouTube and the user score on Metacritic is unlike anything I’ve experienced before.

Sarah: It’s still pretty surreal sometimes. It’s incredibly overwhelming (in the best way) to see how much love and respect has been poured out by our fan community.