As one of two programmers at Gaijin Games in San Francisco, Gonzales has been hard at work on the company’s newest and most long-winded title: Bit.Trip Presents Runner 2: Future Legend of Rhythm Alien. The game, which is set to release in early March, has marked a new venture for Gonzales and a slight departure for the studio.

A sequel to 2010’s Bit.Trip Runner, Runner 2 puts players in the shoes of a sprinting alien character known as Commander Video. As the blocky figure dashes across the screen, players must execute a challenging series of jumps, slides, and other maneuvers. In doing so, each timed action emits a distinct tone or sound effect that ties into the game’s music and soundscape.

The original Runner proved to be a very expressive canvas to work with. And so it was natural to try and make an entire game cycle out of it.”

Unlike Bit.Trip Runner, which was made over only a three-month period, Runner 2 has been given a more robust development cycle. And in place of the original game’s retro, 8-bit graphics, Runner 2 sports a vibrant new look.

“The original Runner proved to be a very expressive canvas to work with,” Gonzales says. “And so it was natural to try and make an entire game cycle out of it.” 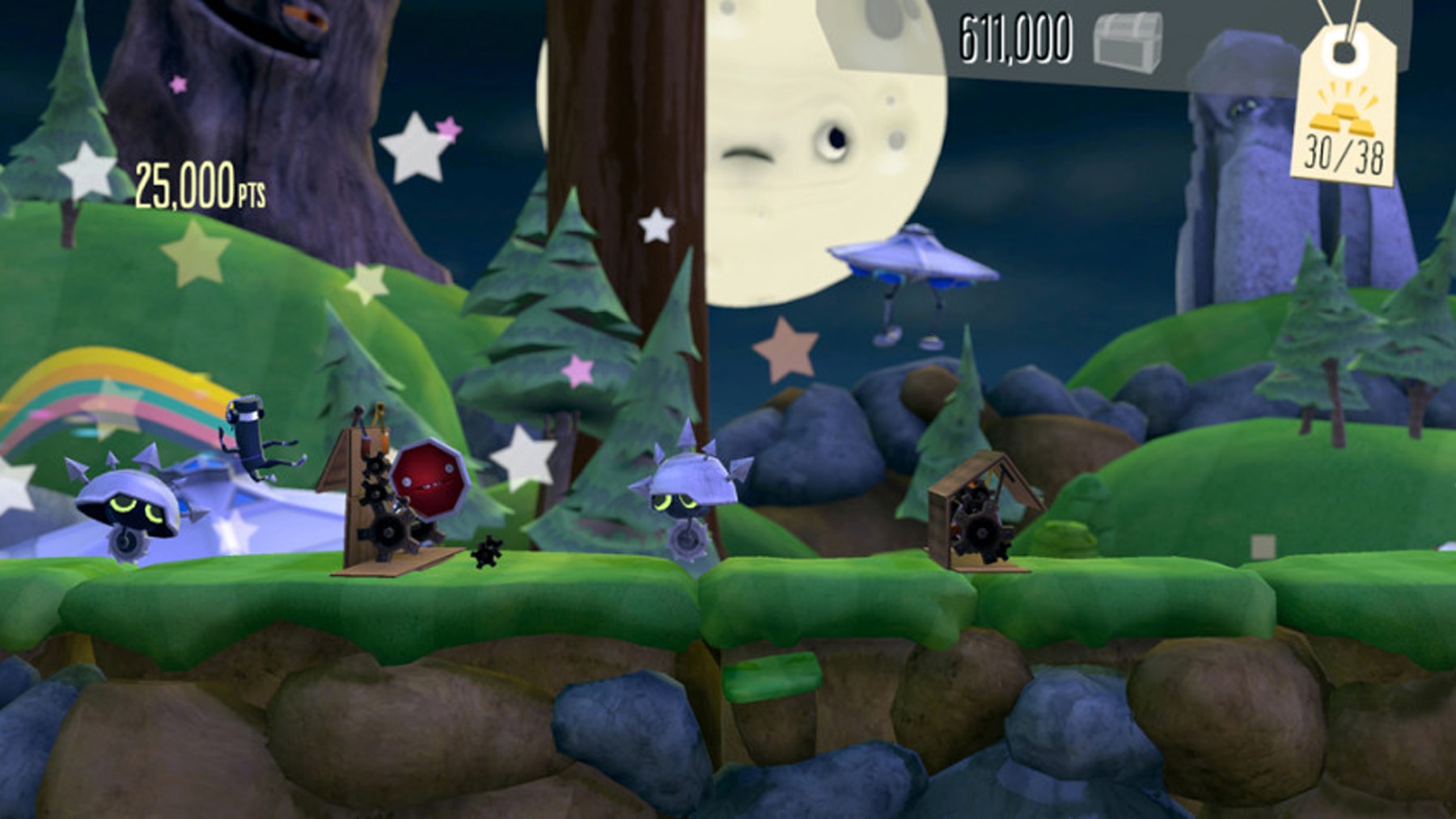 Upon graduating from DigiPen in 2004, Gonzales’s first industry job was as an art tools programmer at Crystal Dynamics. He created plugins and workflow aids for the Maya and 3ds Max graphics programs, helping huge teams of artists and designers get their content into the game and onto players’ screens. It’s a particular skill Gonzales recommends for new programmers who are looking to get their foot in the door at a game company.

For the next six years, Gonzales jumped aboard a handful of other teams, at one point working on sound programming for Tomb Raider: Underworld and preproduction audio work for Deus Ex: Human Revolution.

“I came up with a way to have sound effects traverse hallways and doorways more realistically,” Gonzales says. “So instead of hearing a gunshot through the wall, it would actually go around the corner and come back down.”

During his last year at the company, Gonzales worked directly on the game team for the Tomb Raider reboot as a camera programmer. Tasked with solving the previous game’s camera woes, Gonzales devised a new system whereby game artists and designers could directly script the camera positions for different segments of the game.

Unfortunately, as the project approached crunch time, and as mandatory overtime seemed an imminent likelihood, Gonzales felt compelled to find a new job more conducive to his daily commute. After spending a short amount of time at Planet Moon Studios, which soon after closed its San Francisco offices, and Bigpoint Games, where he worked on a browser game based on The Mummy franchise, Gonzales followed a lead from a friend about an opening at Gaijin Games.

As one of the pioneering studios of the independent games renaissance of the last half-decade, Gaijin broke onto the scene in 2009 with the game Bit.Trip Beat on the WiiWare download service. That game, developed by only three people, was among the first to demonstrate a viable market for small-scale, creatively independent games on a console gaming service.

Gonzales says the founding members are well connected to other indie developers, many of whom operate in the San Francisco Bay Area.

“It’s sort of like being in San Francisco in the ’60s,” Gonzales says. “It’s really interesting to see the whole movement inside of video games take root where I’ve been living for the past eight years and just not noticed.”

Gonzales hearkens back to his time at DigiPen, prior to the independent games explosions, when conversations commonly gravitated toward questions of how to attract a wider audience and broaden the subject matter of games. In one sophomore game class, he says, the late Dr. Christopher Erhardt promised students a half-grade bonus to any team that could successfully make a game without violence. While one team took up the challenge, everyone else was too stumped to even try. 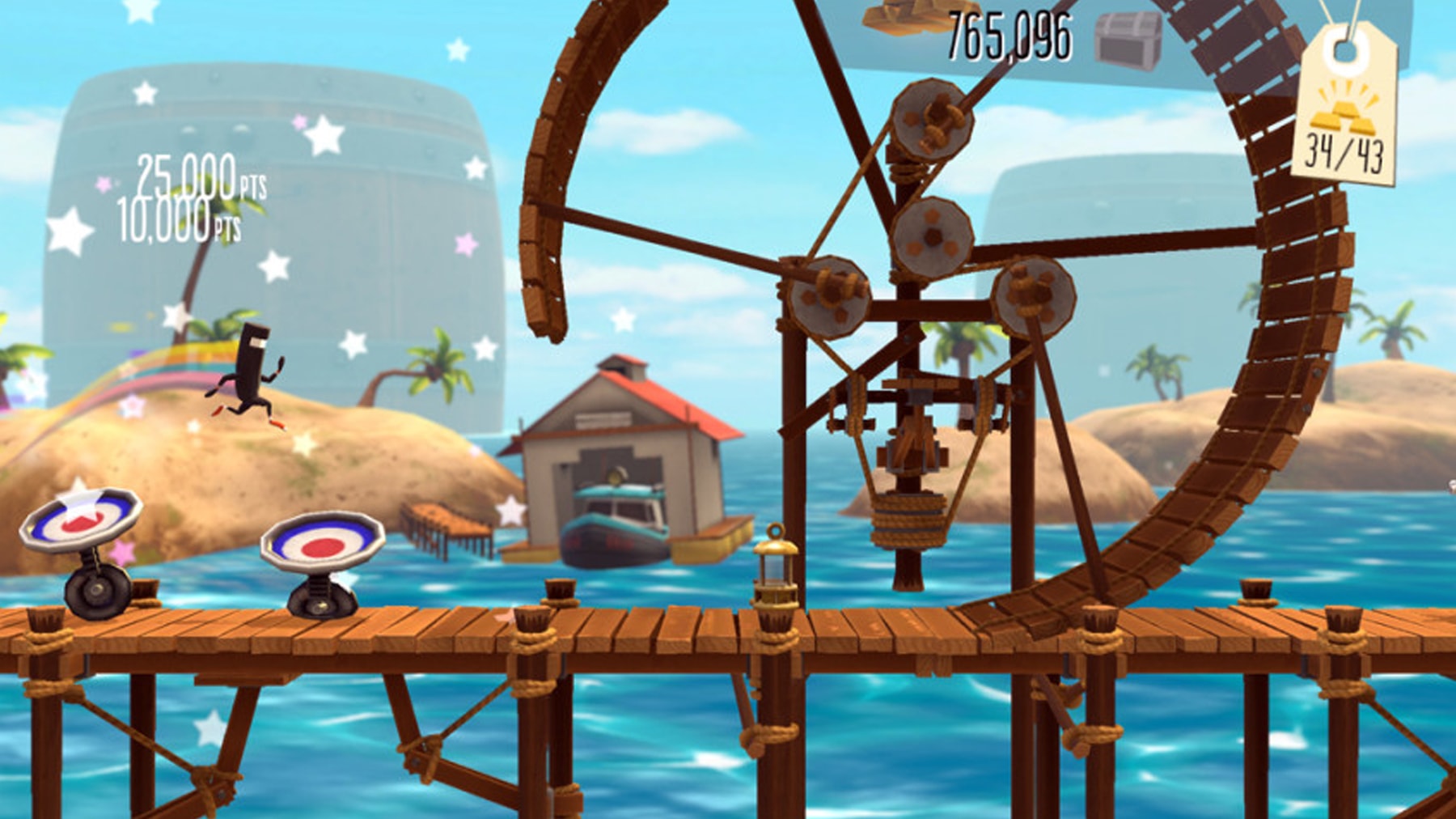 Many years later, Gonzales says he’s proud to be finally developing a project that meets the non-violence standard.

“It has cartoon violence at most, like the main character kicking a stop sign,” Gonzales says. “To have the freedom or ability to create a game that’s not a power fantasy … is really cool.”

Despite the creative freedom, Gonzales says there are challenges to independent development. Projects need to be much more manageable in scope. Without the same kind of support layer inherent in large-scale teams such as the one he was a part of at Crystal Dynamics, individual team members sometimes need to be more self-reliant when working on independent projects.

To have the freedom or ability to create a game that’s not a power fantasy … is really cool.”

“The artist has to be more technically savvy, because there’s not someone really there, except for in extreme cases when you need to call a programmer over,” Gonzales says.

Being only one of two programmers on a team of six full-time and two part-time developers, Gonzales says it feels in many ways like a DigiPen student project. For this project, however, Gonzales has a full eight years of professional experience from which to draw.

As the gameplay programmer, he has been responsible for coding just about everything that has movement or behavior. That includes sound programming and a little bit of Maya work. It also includes leveraging his experience from Tomb Raider to program a camera system, albeit a much simpler version.

“It’s been really interesting how Runner 2 has really tied all of my professional development together,” Gonzales says. “On a small team now, I get to do the entire game.”